China and Russia in Central Asia – Rivalry or Division of Labor?

For two decades, Central Asia has been one of the most discussed topics with regards to relations between Beijing and Moscow. Since the end of the Cold War and the collapse of the USSR, the region has been considered a sphere of Russian influence and a part of the so-called “near abroad.” Yet, since the middle of the 2000s, there has been a noticeable increase in Chinese activity. The establishment of the Shanghai Cooperation Organization (SCO) in 2001 as well as the strengthening of economic and energy cooperation between the PRC and the countries of the region, broke the political monopoly of Russia. However, does the increased cooperation of China and Central Asian countries pose a threat to the strategic partnership between Moscow and Beijing? 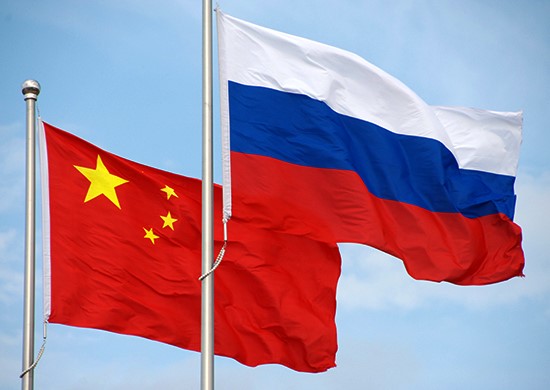 So far, both countries have been able to work out a compromise allowing for a reconciliation of the growing power and influence of China as well as Russia’s claims to the region. The current state of affairs can be described as a specific “division of labor” in which China focuses on trade and investment expansion, under the Belt and Road Initiative, while Russia dominates politically and militarily. From the Kremlin’s perspective, bilateral relations in addition to actions taken through the Collective Security Treaty Organization (CSTO) and the Eurasian Economic Union (EAEU) are crucial. As China’s economic, political and military power grows, the Russian authorities will have to accept the gradual loss of influence in Central Asia. This may lead to a deterioration of relations between China and Russia, but a continuation of the “marriage of convenience” is more likely. The governments of both countries cannot afford to lose mutual political support as it is too valuable for them. China and Russia alike are partially isolated on the international scene by Western countries, making cooperation on political, economic and military levels even more significant. This is particularly true in the case of Russia, which is using its strengths skillfully, but, in the long term, is doomed to gradually lose importance on the international stage.

One of the most important areas of rivalry and cooperation is the SCO – a regional security forum, whose members include: China, Russia, four Central Asian countries (Kazakhstan, Kyrgyzstan, Tajikistan, Uzbekistan) as well as India and Pakistan (both since 2017). Turkmenistan is not a member of the organization due to its neutral foreign policy. India’s inclusion in SCO created a division between the two strategic partners. Beijing feared that its role in the SCO will be weakened, while Moscow wanted to limit China’s growing role through India’s membership. India is maintaining excellent relations with the Russian Federation, but New Delhi’s relations with Beijing deteriorated dramatically after the clashes in eastern Ladakh and greater strategic cooperation with the United States, Australia, and Japan. On the other hand, China allowed Pakistan to join the organization because it wanted to secure its own position in the bloc.

However, the SCO is not only an arena where a competition for influence takes place – it is also a forum for constructive cooperation. The goal of the organization is to promote a stable security environment and combat non-state threats: separatism, terrorism, radicalism and cross-border drug trafficking. Furthermore, military exercises are conducted under the auspices of the organization, which facilitates the establishment of contacts between Chinese and Russian officers and exchange of experiences. The representatives of the governments who are a part of the SCO have repeatedly underlined that the organization is not an alliance and is not aimed against the West or any state. It is solely a key forum which facilitates political contacts between leaders, with an important, yet not dominant, security aspect.

In terms of economy, two initiatives promoted by each of the countries are crucial – the Belt and Road Initiative (China) and the Eurasian Economic Union (Russia). The chronology of the establishment of each of them (the former in 2013 and the latter in 2014) may indicate Moscow’s concern about the dominance of the region by China and an attempt to counteract its growing influence. Simultaneously, both sides have made efforts to align their interests as well as avoid tensions and suspicions. In 2015, President Putin announced that he would “coordinate” the integration of the Belt and Road Initiative and the EAEU – shortly after, Beijing and Moscow signed a joint declaration on this issue. In the years that followed, President Putin began to develop a vision of a “Great Eurasian Partnership.” These actions sent a message that Russia will strive to continue being a leader, capable of, at least partially, balancing and controlling the Chinese economic expansion within Eurasia.

However, this will be a difficult task because China dominates in the field of economic cooperation. According to UNCTAD data, in 2019, the value of trade between China and the Central Asian countries equaled USD 46.47 billion. Kazakhstan remains its most important trade partner (USD 22 billion), followed by Turkmenistan (USD 9.1 billion), Uzbekistan (USD 7.2 billion), Kyrgyzstan (USD 6.4 billion) and Tajikistan (USD 1.7 billion). In the case of Russia, this value was much lower and amounted to USD 28.64 billion.
In the second half of the 2000s, the Chinese authorities made efforts to create infrastructure for oil and gas transport from Kazakhstan, Turkmenistan, and Uzbekistan. These efforts resulted in the completion of the Central Asia-China Gas Pipeline (CACGP) and the Kazakhstan-China oil pipeline. The first pipeline, running through the territories of Turkmenistan, Uzbekistan, and Kazakhstan, was commissioned in December 2009, while the additional ones were constructed in the following years. To date, three parallel lines (A, B, and C) with a length of 1833 km (1139 mi) each and a capacity of 55 billion m³/year in total (72 billion yd3/year) have been finished. They have allowed China to become a dominant player in the gas market, further reducing Russia’s role. As far as Turkmenistan is concerned, currently, the Chinese market accounts for up to 90% of all gas exports of this country, serving the authorities in Beijing as a powerful instrument to put pressure on the authorities in Ashgabat.

Since the beginning of the 21st century, China has provided multi-billion-dollar loans to countries in the region and has made a number of significant investments, mainly in the energy, mining and infrastructure sectors. According to China Global Investment Tracker, China’s investment commitment in Central Asia was over USD 55 billion between 2005 and 2020. The vast majority of this amount went to Kazakhstan (USD 35.88 billion), Turkmenistan (USD 6.8 billion) and Uzbekistan (USD 5.79 billion). So far, the biggest transaction was the acquisition of shares in KazMunayGas (8%) for USD 5.3 billion. However, according to AidData, the “financial diplomacy” which included infrastructure commitment, budget support, debt relief and humanitarian aid amounted to USD 54.7 billion between 2000 and 2017. Nevertheless, the exact value of financial flows is difficult to determine due to unclear reporting mechanisms.

The Russian economy, excessively dependent on the export of raw materials, is not able to compete effectively with the Chinese one, which is backed by an incomparably larger market, technological potential and investment capital. Moscow no longer has a sufficient capacity to provide an economic offer which would be as attractive as the one of Beijing. Therefore, instead of openly hindering the development of China’s cooperation with the countries of the region, the Russian Federation is forced to accept its lesser role and try to coordinate projects such as the Belt and Road Initiative or the Eurasian Economic Union. After 2014 and the Russian pivot towards Asia, Putin had to come to terms with the idea of greater Chinese influence in the “near border” area. Nevertheless, enduring undesirable circumstances should not be understood as an enthusiasm for Chinese projects that gradually move the post-Soviet republics away from the exclusive zone of Russian influence. The Chinese authorities, aware of the Kremlin’s sensitivity to Central Asia, will proceed with caution, trying to avoid unnecessary points of contention. The ability to pursue economic interests in Central Asia without harming the relations with the Russian Federation is a priority for China.