Huawei in Poland and Hungary. Could it be a part of 5G?

Since the beginning of the second decade of the 21st century, Huawei has achieved a leading position on the markets of the Visegrád Group, both in terms of digital infrastructure and mobile devices. During Donald Trump’s presidency (2017-2021), the US authorities made extensive diplomatic efforts to eliminate Huawei from the European Union’s (EU) 5G infrastructure, pointing to political and intelligence threats and the company’s cooperation with the Communist Party of China. As a result of these actions, numerous bilateral declarations on 5G were adopted, also by the V4 countries (Poland and Slovakia). Simultaneously, the position of the EU has aggravated – its institutions began to put more emphasis on level playing field and reciprocity in economic relations. The report on the EU coordinated risk assessment, presented in October 2019, and the EU Toolbox, adopted in January 2020, highlighted the risks of cooperation with “untrustworthy suppliers.” This was a clear message to the company from Shenzhen that the political climate has deteriorated. 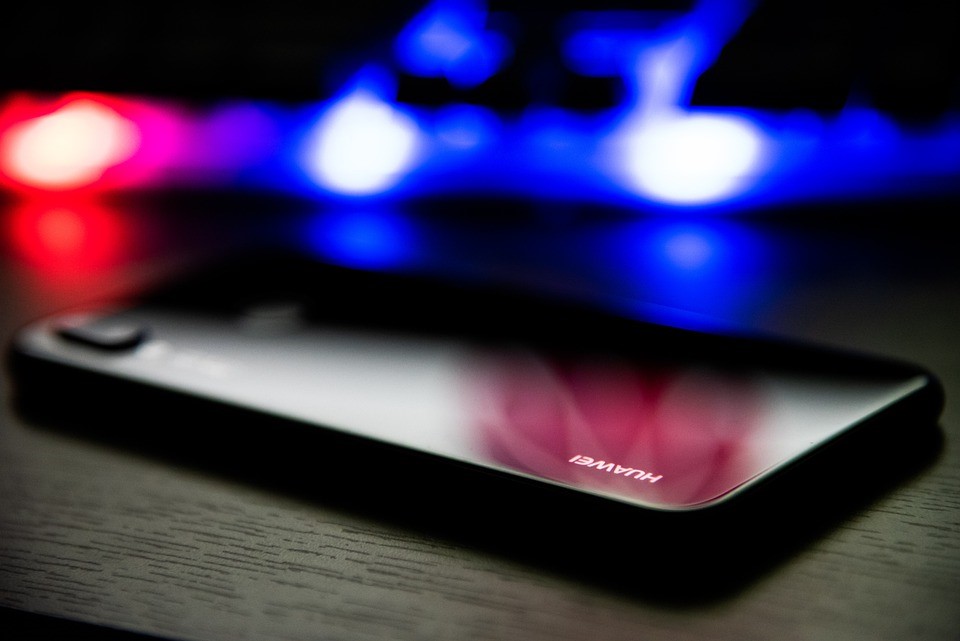 Up to 10 years ago, the brand was practically non-existent in the region, but the dynamic market expansion allowed it to become the leading partner of local telecommunications operators. In 2020, Huawei was the second largest (after Samsung) provider of mobile devices to Poland (25.5%), the Czech Republic (22%), Hungary (27.2%) and Slovakia (24%). Due to the holistic offer (end-to-end, E2E) and competitive prices, Huawei was also a strategic partner for local telecoms for a long time. A report by Strand Consult indicates over 40% market share of the radio access network (RAN) of the European 4G network. In the case of Poland, however, this share is much higher – around 60%. Experts assess that the 5G technology will be mostly based on upgraded and enhanced 4G infrastructure (non-standalone systems, NSA). At this stage, building a 5G network from scratch (standalone systems, SA) is an uneconomical undertaking. Operators who previously used Huawei products when establishing older generation networks, instead of building new masts/base stations will most likely adapt the existing ones by adding devices enabling 5G connections.

Poland is one of the United States’ closest allies in Central and Eastern Europe. Nearly all political parties in Poland declare support for transatlantic cooperation which is due to the key role of NATO in national security. These factors make the authorities in Warsaw more likely to respond positively to the idea of 5G promoted by Washington.

The case of the former officer of the Polish Internal Security Agency (ABW) Piotr D. and former Huawei sales director in Poland Weijing W. had reverberated in Polish public space. On January 9, 2019, both of them were detained on suspicion of espionage. Until 2011, Piotr D. was the deputy head of the Department of Information Security and Communication at the aforementioned Agency, later worked at Orange telecommunications corporation and the Office of Electronic Communications (UKE). According to the daily newspaper Gazeta Wyborcza, his resignation from service in ABW might have been related to irregularities in government ICT tenders. On November 16, 2020, an indictment charging both suspects was sent to the court in Warsaw – they face from 3 to 15 years imprisonment. The case attracted considerable media interest and significantly contributed to the debate about foreign intelligence threats resulting from Huawei’s presence in Poland.

On September 2, 2019, during the visit of US Vice President Mike Pence to Poland, the US-Poland Joint Declaration on 5G was signed. It was a symbol of openness of the authorities in Warsaw to the American requests. The document did not explicitly refer to Huawei, but the criteria established for future suppliers clearly excluded the Chinese company. These norms comprised an independent judicial control, a transparent ownership structure, and ethical standards. According to the US authorities, the company does not comply with them. The declaration was the first significant step towards excluding Huawei from building the 5G network in Poland.

A visit of Mariusz Kamiński (Polish Minister of Internal Affairs and Administration) in Washington, D.C. on December 3, 2019, was also important in the context of Huawei’s potential involvement in Polish 5G network. “When I hear that (…) Chinese companies are to be an attractive partner for the development of 5G technology in the world, I am terrified of how thoughtless the people who agree to such things are,” Minister Kamiński stated in his speech at the Wilson Center. On July 17, 2020, Prime Minister Mateusz Morawiecki outlined a vision of the European approach to 5G technology in the British The Daily Telegraph, warning against the “undue influence from authoritarian regimes.” Furthermore, Prime Minister Morawiecki outlined the position of the Polish government towards cooperation with the USA: “My government believes that Europe needs to continue this alliance in a technological dimension, especially when it comes to the construction of our 5G network.” Thus, the head of the Polish government expressed support for the UK’s decision dated July 14, 2020 to completely remove Huawei from 5G networks.

On September 7, 2020, the Polish Ministry of Digital Affairs published a draft amendment to the law on the national cyber security system. If adopted in existing form, it would open the legal way to exclude telecommunication equipment suppliers that pose a potential threat to the national cybersecurity system. Although in the proposed legislation there are no direct references to Huawei, its content leaves no doubt that this company was its main target.

Article 66a. 4. of the bill states that the assessment of the equipment supplier by a committee appointed for this purpose should include analyses of “threats to the implementation of allied and European commitments” and “threats to national security of economic, counter-intelligence and terrorist nature.” The Committee includes the Prime Minister, the Ministers of: Digital Affairs, Internal Affairs, Defense and Foreign Affairs as well as the Minister – Special Services Coordinator. The evaluation criteria comprise the undesirable influence of a country outside the European Union and NATO on the supplier as well as the degree and type of interconnection. Another indicator is to be the legislation on the protection of human rights and personal data, the ownership structure and the ability of state authorities to interfere in the company’s activities.

According to the proposed regulations, if a given supplier is classified as posing a high or moderate threat to the country’s cyber security as a result of the risk assessment procedure, its equipment cannot be used by operators. In the case of a high-risk supplier, the project provides for the compulsory removal of hardware and software from the network within five years after the entry into force of the law. Operators may be fined up to 3% of the previous year’s total annual worldwide turnover if they fail to comply with this obligation.

The most serious disadvantage of the bill in its existing form are the huge costs of implementing its provisions – there are approx. 20,000 Huawei masts installed in Poland. In an interview with TelkoIn, Ryszard Hordyński, Director of Investment, Strategy and Communication at Huawei Poland, estimated that the total cost of infrastructure replacement would be even PLN 15 billion. According to the Telepolis website, the Ministry of Justice, the Ministry of Foreign Affairs, the Office of Competition and Consumer Protection, the National Bank of Poland and the Government Legislation Center demand that the far-reaching provisions of the law are relaxed. Therefore, it is most likely that the regulations will allow for a limited cooperation with the aforementioned company.

As a result of the unfavorable legislation, Huawei sent a complaint to Margrethe Vestager, the Executive Vice President of the European Commission and the European Commissioner for Competition. In their letter, the company’s lawyers pointed out that the bill concerning the 5G network in Poland may violate EU competition law. Such action should not be completely underestimated, as the administrative court in Sweden challenged the decision of other authorities that adopted legislation restricting Huawei.

Hungary’s approach to cooperation with Huawei is an exception among other Visegrád countries, as evidenced by the strategic partnership signed with the company in 2013. Despite the increasingly negative image among the EU countries, Viktor Orban’s government remains open to cooperation with Beijing in terms of economy and technology. In October, Hungarian Minister of Foreign Affairs Péter Szijjártó announced that Huawei will open a new research and development center in Budapest, indicating that to date Chinese investments amounted to USD 5 billion. “It is in Hungary’s national economic and strategic interests to continue its excellent cooperation with Chinese telecommunications giant Huawei,” said the Minister in April 2019. The actions of Budapest are a part of the Eastern opening policy, which aims to strengthen economic cooperation with Asian countries, primarily China. In 2009, the company opened the European Supply Center, the largest Chinese greenfield investment (i.e., established entirely from scratch) to date, which was undoubtedly influenced by the favorable attitude of the Hungarian authorities. The facility, which is the second largest of its kind in the world, serves as a production and logistics center for 55 countries in Europe, Asia, Africa and the Middle East. Over 330 people, 60% of whom are Hungarian citizens, are employed there. Moreover, thanks to the outsourcing of services, the total number of jobs generated by the center varies between 2,500 and 3,000. Huawei is the largest Chinese company in Hungary which cooperates with all major mobile network operators, including Telenor, Vodafone and Deutsche Telekom. In 2013, Huawei’s technology was used to build an integrated emergency call system (ESR-112), linked with the radio system of emergency services such as police, fire and medical units. In 2015, the Hungarian state-owned IT company, together with Huawei, won a tender for the deployment of network infrastructure (LTE 450 MHz). This is a special band that can be used by public institutions, emergency services, educational and health institutions, as well as state-owned companies.

From Hungary’s perspective, excluding Huawei is the least favorable solution, as it could initiate the process of the company’s withdrawal from the country and hinder the implementation of infrastructure projects. Therefore, if there are no restrictions at the EU level, which is nearly impossible, it should be expected that the Chinese company would play a vital role in the Hungarian market.