Russia’s policy towards the Syrian Kurds has its clear-cut goal: to convince them to sign a peace deal with the regime in Damascus and force the United States to quit Syria. Moscow officials are trying to convince Kurdish circles to cooperate albeit these are hoping to forge an alliance with the United States. Gaining influence over Syrian Kurds is of key importance as the Kurd-controlled regions of the country hold the lion’s share of its crude oil reserves and crop fields. 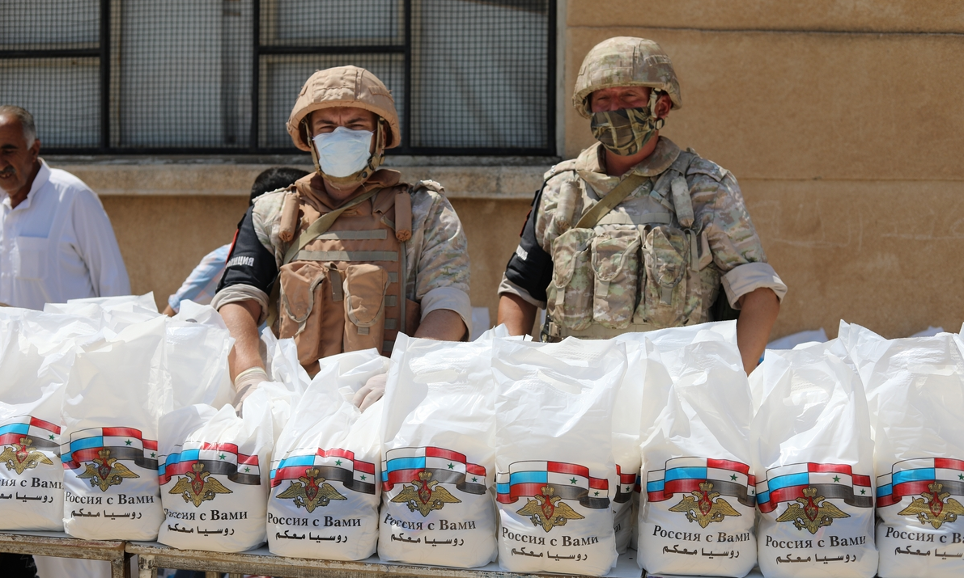 Russia is seeking to torpedo the delicate U.S. diplomatic game towards the Syrian Kurds as Washington is making efforts to convince Turkey to somewhat ease its stance on Kurdish autonomy in Syria. On September 20, U.S. Special Envoy for Syria James Jeffrey visited northeast Syria for a meeting with delegations of the Kurdish National Council (allied with Turkey and the Barzani in Iraqi Kurdistan), over twenty allied Kurdish parties, and––most importantly––the Democratic Union Party (PYD; its military wing is the YPG, the pillar of the SDF coalition). Russia has been outraged by Jeffrey’s visit to northeast Syria, saying that the United States is further igniting Kurdish insurgency. Moscow is fearful of losing influence on the Syrian Kurds, whom it urges to start cooperating with the al-Assad to determine the scope of their possible autonomy. The Russians are trying to serve the role of defenders of Syrian Kurds against Turkey’s aggression. U.S. diplomatic talks with the Kurds and Turks may be disastrous to the Russian policy. Moscow remains concerned about what influence the United States might exert on Kurdish autonomy. Instead, it seeks to achieve the goal of the Kurds’ agreement with al-Assad and keep the areas under their control within the borders of post-war Syria yet with the current regime in power. Russia is seeking to include the Kurds in the talks held under the auspices of Moscow. One incentive for that is that Turkey does not have the right to veto initiatives. An element of the deal between the Kurds and al-Assad that Russia wants to see is to incorporate the SDF into the Syrian government army. Once brokered, the agreement would make U.S. forces––which support the SDF––leave Syria. Shortly after Jeffrey visited Syria, Ahmad Jarba, leader of the new Peace and Freedom Front coalition that includes the KNC, visited Moscow to meet with Lavrov. Jarba is widely known for advocating Russian interests in northeast Syria.

Russia seeks to restore the trust of the Kurds they had lost by allowing Turkey to invade Afrin in 2018, at the cost of cooperating against Jihadi insurgents in Idlib. After the Turkish offensive in October 2019, Russia took control of nearly two-thirds of the Kurd-administered territory in northeast Syria. Also, Russian military police started to deploy on Syria’s border with Turkey. Both Russia and al-Assad are doing their utmost to weaken the Kurds and push them into talks by sparking frictions between the SDF and some local Arab tribes. The Syrian intelligence agency is making intense efforts there while it is the American influence that keeps those tensions from flaring up. Moscow has chided at the July deal brokered between the Kurdish Autonomous Administration and an American oil company to exploit crude oilfields. Both joint and sharp reaction from Moscow, Ankara, and Tehran prompted the Kurds to take steps to appease Russia. In late August, the U.S.-backed Syrian Democratic Council (SDC) and the pro-Russia Popular Will Party (PWP) reached an agreement in Moscow. What Syrian Kurds need to be aware of is that Moscow will give Turkey the green light for new military operations. Yet the Kurds take Russian offers with a pinch of salt, remembering that Moscow sides with Turkey in the Syria war. Also, Russia-sponsored reconciliation deals between the regime and regions in southwest Syria destroyed the local institutions. Thus, Lavrov’s statements that dialogue with the al-Assad regime is the only way to safeguard the rights of the Kurds are seen as mere political statements.