In just a few days, a local row over the upcoming elections for the Moscow City Duma became what was called Russia’s most important political problem. But contrary to what some commentators believe, this recent turmoil does not act to the detriment of the regime. Much indicates that Russia’s authorities seem to have sought to escalate the Moscow crisis, or at least such was an intention of those who opt for a tightening course in domestic policy. Russia’s siloviki believe that a drop in the regime’s popularity and emerging symptoms of a crisis need a rapid and violent reaction to nip all protests in the bud. 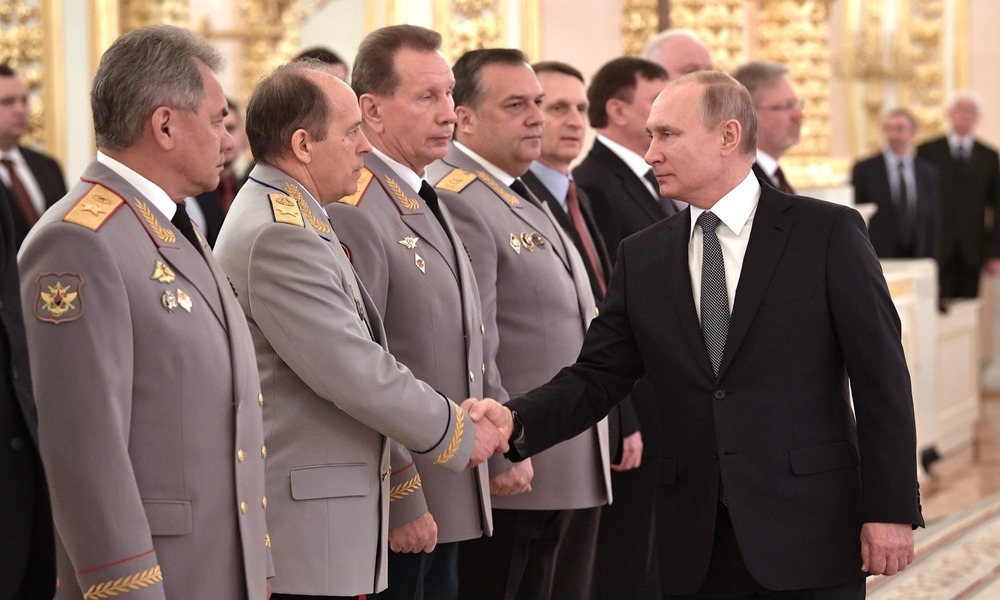 United Russia’s popularity declined to a low level, prompting the threat of being defeated in Moscow’s mayoral elections, scheduled for early September. If, according to a pro-government state-run pollster, the United Russia party can get no more than 22 percent of all votes in the capital, there emerged a danger of independent and opposition candidates taking over the majority in Moscow’s 45-seat legislative body. From the Kremlin’s perspective, such a scenario is unacceptable. When Sergei Sobyanin, the technocratic mayor of Moscow, could not guarantee his victory, even despite a range of tricks, such as making United Russia politicians stand in the elections as independent candidates, the Kremlin’s siloviki took matters into their own hands. Nearly 60 people, among who were top opposition politicians, were barred from running in Moscow’s mayoral elections, a decision taken due to alleged irregularities in the run-up to local elections. But this was so far-fetched that Russian opposition parties took to the streets in a step that met with broad popular support. A July 20 opposition rally, which the authorities had declared illegal though Sobyanin sought to take moderate actions, drew an estimated crowd of 20,000.

Russia has not eyed such a crowd for years and this is what scared the authorities. Russia has opened a criminal investigation into the protest in Moscow, accusing protestors of preventing electoral commissions from performing their duties. Also, police conducted raids on the apartments of opposition activists and brought them in for questioning. When Aleksei Navalny delivered an ultimatum to the authorities, calling for registering opposition candidates for the poll and threatening to rally on July 27, he was handed a 30-day sentence for calling people to attend an illegal gathering. The July 27 protest was violently dispersed by police and Rosgvardia, members of which purposefully exaggerated while using aggressive measures against protestors. Moscow police detained more than 1,300 people following demonstrations, which was a record number.

The authorities’ response to what happened in Moscow sought to show that the Kremlin has no intention to tolerate such behaviors. Investigators probe into the alleged financing from abroad. The case also involves the FSB structures that deal with combatting opposition forces. Interestingly, two days earlier, Russia’s General Prosecutor’s Office had banned the Atlantic Council think tank. “It has been established that the activities of this organization present a threat to the fundamentals of the constitutional order and security of the Russian Federation,” the prosecutor general’s office said in a statement. Investigators are likely to link “a Maidan attempt,” as the regime referred to Moscow’s popular unrest, to the Atlantic Council. Much will depend on how forceful the Kremlin’s policy will be. After a series of recent failures and compromising mishaps, Russia’s Federal Security Service surely will make its best to rehabilitate in Putin’s eyes, showing that his siloviki serve as his only genuine support. This is why they keep convincing the president that he may become a victim of various intrigues and “color revolutions”. Under this logic, removing opposition activists from Moscow’s electoral list is nothing else that an attempt to thwart a coup d’état, with “U.S. agent” Navalny as a top plotter.