Russian authorities keep solidifying their influence in Latin America. Naturally, their priority is to help save the Maduro regime in Venezuela, but Moscow also seeks to back Cuba and Nicaragua. And now Bolivia is facing an opportunity to rise in importance. Bolivian President Evo Morales will visit the Kremlin on July 11 to sign strategic partnership agreements between his country and Russia. 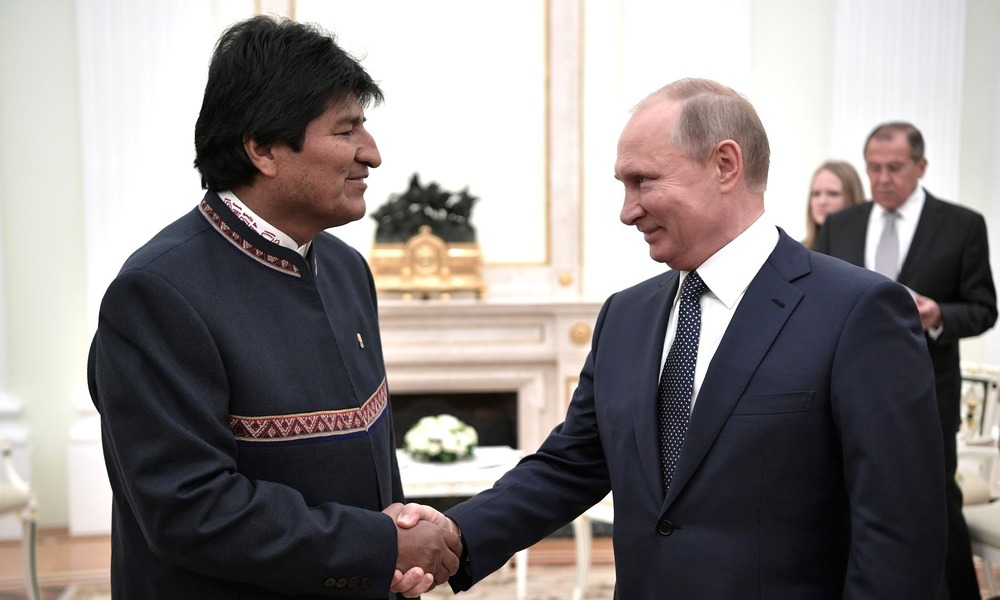 Bolivia has long stood as one of Russia’s political allies in South and Central America. Leftist president Evo Morales was the first Bolivian leader to pay a visit to Moscow. During the ceremony to receive credentials from new Bolivian ambassador to Russia in October 2018, Putin noted that 120 years had passed since establishing diplomatic relations between the two countries. Also, Russian leader said that the Russian-backed Bolivian nuclear research and technology center is planned to be put into operation by the end of 2019. Bolivia is among other Latin American countries to side with Russia on Venezuela’s domestic conflict, recognizing Nicolas Maduro’s authority and rejecting the U.S.-backed opposition leader Juan Guaido. Evo Morales is set to arrive in Moscow on July 11; the Bolivian leader last visited Russia in June 2018. While in Moscow, Morales will ink new strategic cooperation with Russia, first and foremost in the fields of armaments cooperation, trade and energy.

Bolivia is interested in buying Russian-made military hardware, with particular regard to aviation equipment, Evo Morales was quoted as saying. U.S.-made T-33 jets were retired from service in Bolivia in 2018 and La Paz now holds interest in procuring their Russian counterparts. “There are many Russian aircraft in Latin America,” Morales said, adding that everything will depend on the findings of the experts. Russian-Bolivian technical military cooperation focuses on training Bolivian officers because China plays the role of the leading supplier of military equipment to the country. Beijing sends to Bolivia armored vehicles and communications systems and provides aid to purchase helicopters.

In the Kremlin’s eyes, Bolivia does not present value to the same extent Venezuela does. Isolated deep in the continent, the former has no substantial raw materials deposits and is referred to as reasonably poor. But Moscow sees it as a valuable partner for two main reasons, first of all due to its role as a critical link in the region’s pro-Chavist camp. Peru has recently invited Russia, China, Cuba, Bolivia, Turkey and dozens of other countries supporting Maduro to Lima on August 6 to discuss the political situation in Venezuela. While representatives of the Maduro regime were invited, the Venezuelan opposition did not receive an invitation to the meeting. And secondly, Bolivia holds some natural resources, including crude and gas, both of which seem tempting for Russian investors.