The February 2019 Moldovan parliamentary elections have brought a political deadlock in the country, with neither party appearing to secure a parliamentary majority. 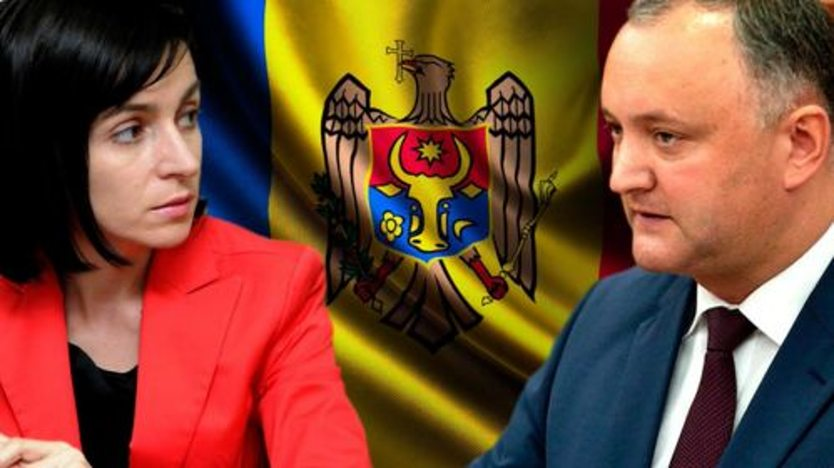 The pro-Russian Moldovan Party of Socialists, PSRM, won the biggest number of votes in the country. Taking second place was the pro-European ACUM (“Now”) party that yet takes distance from the ruling Democratic Party of Moldova, PDM, controlled by the oligarch Vlad Plahotniuc. The PDM came third; on the one hand, the party offers a pro-European attitude while, on the other, has failed to carry out state administration and justice reforms, both of which Brussels saw as crucial. In the eyes of most Moldovans and public opinion worldwide, the PDM was nothing but an oligarch-led political structure.

Forging a coalition between the PSRM and the ACUM bloc was a tactical step taken by the two parties, with the European Union and Russia having backed the alliance. While under the rule of Plahotniuc’s PDM, Moldova defied both Moscow and Brussels. The PDM party branded itself as the sole political force to have the proper structures making it influential enough to prevent the PSRM –– as a party that seeks an alliance with Russia –– from coming to power. The Plahotniuc-controlled party, which is part of the Party of European Socialists, has labeled itself as the only pro-European force to be able to hold an in-depth dialogue with Brussels. But in fact, the party leveraged its efforts to build up what was referred to as an oligarch system, thus far from a model of Europe’s state of law. Hence, Plahotniuc’s moves had been met with criticism from the European Union, while his stepping down from power in Moldova was welcomed enthusiastically by EU countries. Russia, for its part, was fearful of Plahotniuc’s independence as the politician, even after embarking on a pro-Russian political agenda, would deem too autonomous for Moscow, with his cabinet having all power centralized in the country’s top institutions: parliament, constitutional court and prosecutor’s office.
The collapse of the ACUM-PSRM coalition marked an anticipated tilt in the Moldovan policy. As these two showed dissimilar goals in foreign policy, their alliance served as a tactical move in an effort to oust Vlad Plahotniuc from the domestic political stage. Both groups put forward distinct concepts for the development of the Republic of Moldova. Headed by former Prime Minister Maia Sandu, the ACUM bloc charted a pro-European course in a bid to ally with the European Union and the United States. The party sought to introduce adequate reforms within public administration in an attempt to move Chisinau closer to Brussels. The PSRM and President Igor Dodon, for their turn, adopted a pro-Russian stance, seeking to secure close ties and Moscow and join with Russia-led geopolitical ventures such as the Eurasian Economic Union. The PSRM, which won the election, expressed criticism over international policy as pursued by Prime Minister Maia Sandu, who held an in-depth dialogue with EU countries while neglecting her country’s ties with the Russian Federation. At the same time, President Igor Dodon was trying its utmost to balance the efforts taken by Moldovan diplomats in Europe by engaging in an in-depth dialogue with the Kremlin. The socialists, who won the election on a tide of their pro-Russian slogans, did not attempt to lose their credibility when forming a coalition government with a pro-European party. This was all the more that the government was headed by a politician who insisted on her pro-European course while dismissing stronger bonds with the Russian Federation. Moldova’s top political group, the PSRM, needs to gain credibility in the eyes of its voters who cast their ballot for the party in the hope of stronger political and economic ties with Russia. The PSRM-ACUM coalition might have also fallen apart over Russia’s red light for backing the overtly pro-European government.

But Moldova’s ruling ACUM–PSRM coalition collapsed over a rift between these two over the nomination of a candidate for the position of the country’s chief prosecutor. After Moldova’s ACUM-affiliated justice minister canceled the contest for the office of the general prosecutor’s post, saying that a PSRM-linked member of the committee either underrated or overestimated certain candidates. The country’s Ministry of Justice changed the procedure for appointing the prosecutor-general, under which the prime minister would nominate candidates for the position, with the said contest eventually being lifted. In response, the PSRM filed the no-confidence motion against Sandu’s cabinet.

Also, the coalition broke into pieces in the aftermath of the PSRM’s ever-growing position in the wake of Moldova’s October 20 elections in which a candidate from the Moldovan Socialist Party was elected mayor of Chisinau while the party earned the most votes nationwide.

In response, the PSRM, backed by the PDM opposition party, decided to file the no-confidence motion against Maia Sandu’s cabinet. President of Moldova Igor Dodon named former finance minister Ion Chicu as the country’s new prime minister. Though in his first public speech, the newly appointed prime minister said that Moldova would continue to fulfill all obligations to external partners, adding the decision to end the coalition with the ACUM bloc proved the government’s intention to abandon its pro-European political course.
All in all, if the incumbent government aspires to keep an enduring majority, it will need to forge a coalition with the PDM or to make yet another endeavor to build a political alliance with the ACUM bloc, albeit under poorer conditions for the pro-European party. President Dodon, who serves as an unofficial leader of the Party of Socialists, appointed the prime minister in an effort to build up his party’s position while expanding their grip on foreign policy. Moldova’s socialists could not give their nod to the previous government, with the ACUM bloc having both its prime minister and foreign minister (Nicu Popesco). Both the country’s prime minister and finance minister focused on upholding a dialogue with the European Union –– as Brussels threw support behind the new cabinet’s efforts to put democratic reforms into practice. It seems that in the event of restoring the PSRM–ACUM coalition, PSRM-linked politicians will have a decisive voice in pushing ahead Moldova’s foreign policy.