Polls show that the reaction of Petro Poroshenko to the so-called Kerch incident may damage his election plans. Many Ukrainians claim that the introduction of martial law was a result of the president’s political calculation. Firstly, he had to defend one of his three campaign mottos (reinforcement of the army and defence against Russia). Secondly, martial law regulations will enable the authorities in oblasts subordinate to the president to restrict the activity of the political opponents in the elections and influence the media. 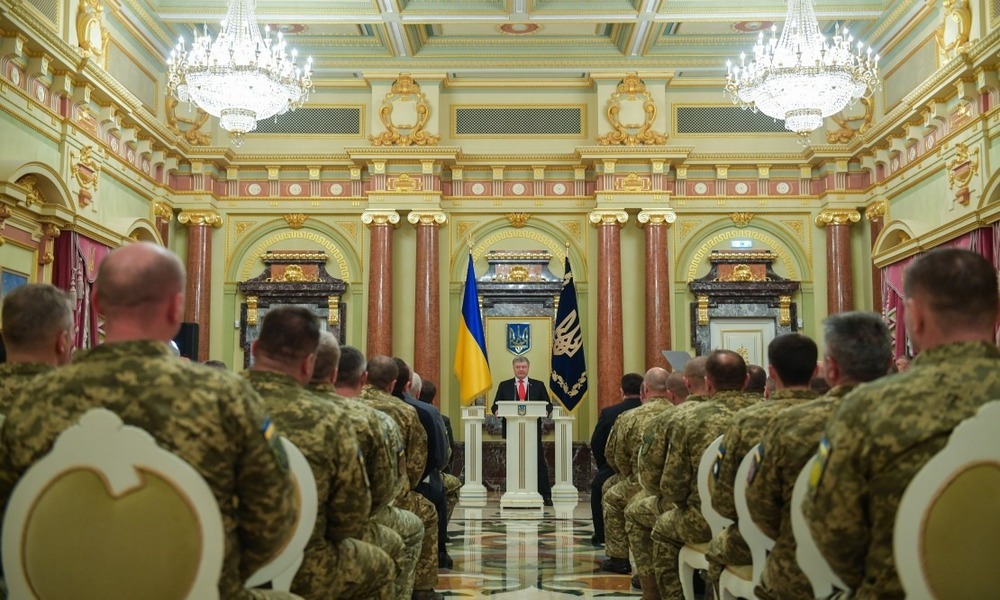 Just after the incident, Vladimir Putin announced that it was a provocation of Petro Poroshenko who wanted to increase his chances in elections in March 2019. However, there is no evidence supporting this statement and Russia is more likely to have deliberately led to the escalation. Nevertheless, the Kerch incident and its repercussions led to consequences in the internal politics of Ukraine. This mainly concerns the martial law decreed by the parliament at the request of the president which is partial as it is valid in only 10 oblasts which are considered the most endangered.

Ukraine has announced the martial law after the attack on three small vessels of the Ukrainian navy by the Russian forces which took place on November 25 near the Kerch Strait. The martial law is to be valid until December 26 in the regions bordering Russia, separatist Transnistria in Moldova and in the territories by the Sea of Azov and the Black Sea. Different polls suggest that the decision on the introduction of the martial law is supported by 25-30 percent of Ukrainians, and 60-65 are against. The president’s intention concerning the introduction of the martial law is also significant. It is visible that the most critical are people who live in the oblasts covered by martial law. According to the major part of people asked about Poroshenko’s intentions, this is all designed to postpone the elections, not to protect the country. The critical assessment of martial law does not stem from the assessment of the security (most Ukrainians claim that the Kerch incident is an act of Russian aggression), but from the assessment of the political motives of the president. The Poroshenko’s decision is perceived negatively by Ukrainians also because they claim that the martial law should have been introduced much earlier – in 2014, after the annexation of the Crimea and the outbreak of war in Donbas. The martial law may influence the campaign which starts 90 days before the elections on March 31, 2019. It means that it will be held when the martial law in 10 oblasts will still be valid. Additionally, regulations of the martial law stipulate that the authorities may forbid the activity of political parties and social organisations which are considered dangerous for the sovereignty and security of Ukraine. Martial law also provides for taking full control over the flow of information in the television or on the Internet.