Major Russian oil producers balk at an idea of an increase in the profit-added tax, according to what Deputy Chief Executive Officer of Gazpromneft Alexei Yankevich said during a videoconference. While speaking about the Finance Ministry’s proposal, he said a relevant paper had been signed, with the whole issue being submitted to the Kremlin. Both Gazpromneft and Rosneft could suffer most from the new changes in the profit-added tax for hydrocarbon fields. 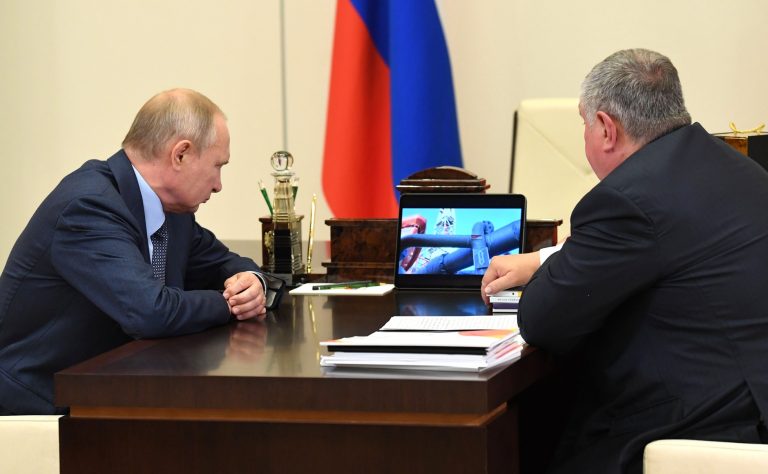 Also, the CEO of Rosneft was the initiator of a letter that the country’s biggest oil firms sent to the Russian leader. Major oil producers submitted the letter to President Vladimir Putin to complain about the Finance Ministry’s scheme to change the profit-based tax. The letter was signed by CEOs of Rosneft (Igor Sechin), Lukoil, (Vagit Alekperov), Gazpromneft (Alexander Dyukov), Tatneft (Nail Maganov), and Zarubezhneft (Sergey Kudryashov). According to the Russian business daily Kommersant –– which is believed to favor Gazprom –– the president put a resolution on the letter to Deputy Prime Minister Yuri Borisov “to consider and submit proposals.” Borisov is in charge of the energy sector. Why did the Kremlin get the letter? It came as a response to the draft law of the Finance Ministry that provides for a change in the profit-based levy. With these updates in force, an extra 200 billion roubles would be transferred to the federal budget within the next three years. The ministry is looking to close the budget gap. According to ministry officials, there was a 213 billion-rouble decline in budget revenue in profit-tax liabilities from what was earlier assumed. Starting in 2019, oil and gas companies carrying out exploration and development activities on depleting hydrocarbon deposits in some areas have been subject to a new income-based tax. The Russian finance ministry has presented the government with plans to raise tax rates from hydrocarbon production. It seeks to prevent losses of the tax base by more than 50 percent for transferring historical losses; in the past, this was possible even by 100 percent. Also, for the second group of fields –– normally, there are four of them –– the ministry suggested an update to the mineral extraction tax, or MET, that is now included in the profit-based tax, making the whole tax burden heavier than now. The changes would generate additional revenue of 87.8 billion roubles in 2021 and 55.6 billion roubles in 2022, the ministry added. Those that might suffer most could be Gazpromneft and Rosneft whose oilfields belong to the second tax group –– alongside a field run by Surgutneftegaz. The joint move of Russia’s oil majors should be all the more appreciated as Sechin and Dyukov managed to gain support from other firms, also private ones. Oil majors are likely to impede government plans. Igor Sechin enjoys an enormous influence in the Kremlin and is amongst Putin’s closest people –– the Russian leader prefers meeting him in person rather than via a videoconference. Their latest face-to-face meeting took place on August 18.