Lukoil CEO Vagit Alekperov would like to gain access to three locations in the Caspian Sea, and he sent an official letter to Russian President Vladimir Putin. With increasingly limited prospects on Russia’s domestic market, Lukoil plans to develop investments in Africa and the Gulf of Mexico. 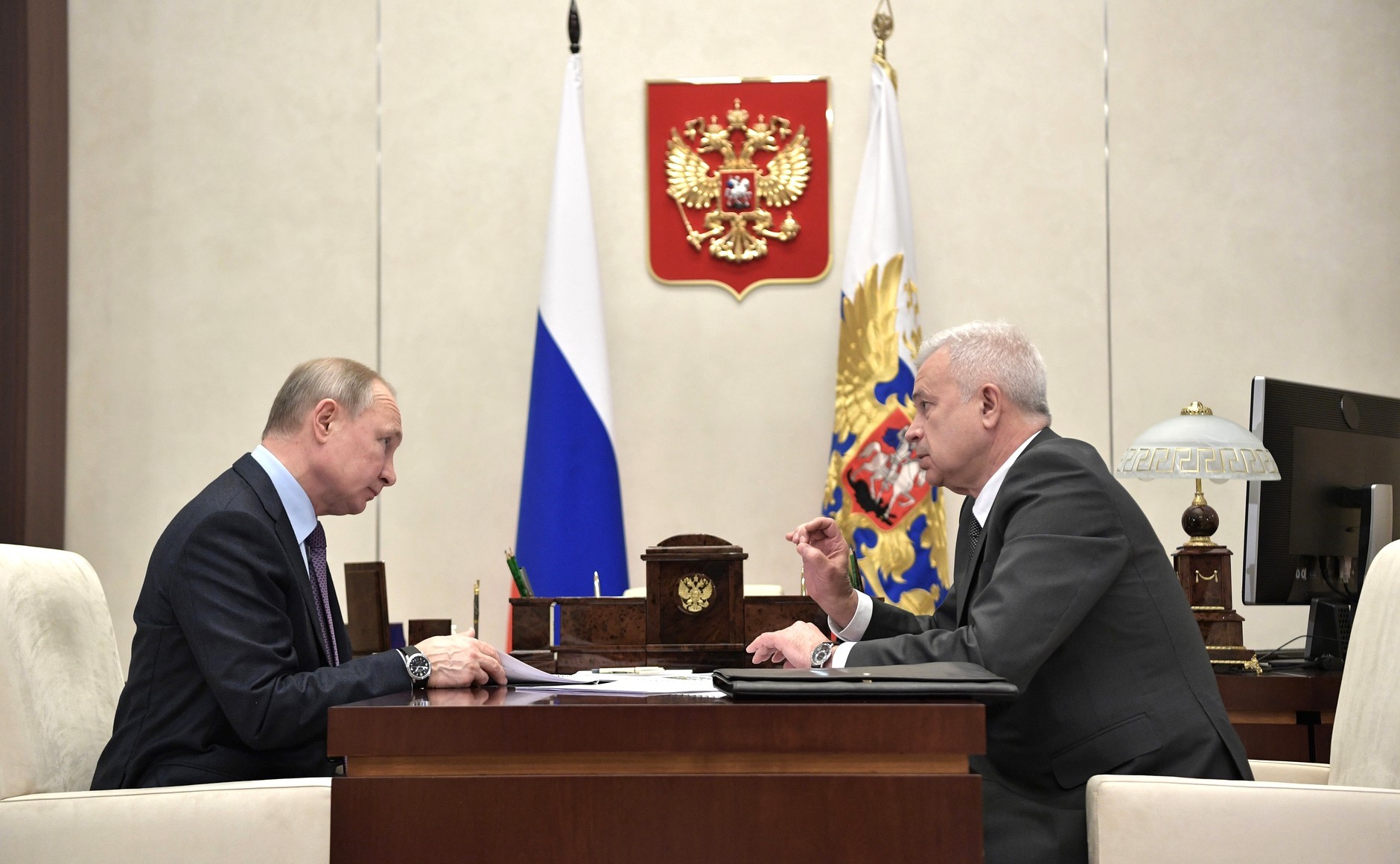 In his letter to Putin, Alekperov stressed that Lukoil’s subsidiary, Lukoil-Nizhnevolzhskneft, had what he identified as “a shortage of new exploration projects.” Lukoil CEO, therefore, asked for a permit to explore three locations close to the Tyuleniy Island, some 47 kilometers off Dagestan: Tyuleniy-1, Tyuleniy-2, and Tyuleniy-3. Alekperov seeks to obtain a license for geological exploration of the requested site without bidding provided that there are no other companies that apply for the same deposit. Putin handed the letter to Environment Minister Dmitry Kobylkin and ordered him to analyze Alekperov’s proposals. The company is currently developing three deposits in the northern sector of the Caspian Sea. The Vladimir Filanovsky oilfield is where two mining platforms operate, producing 6.1 million tonnes of crude annually while Lukoil has one more wellhead platform at the Yuri Korchagin deposit. The firm’s third and last oilfield, Rakushechnoye, is expected to start commercial oil and gas production in 2023. Domestic oil assets will always bring more cash than any foreign ones, but Lukoil has a narrow room for maneuver on the Russian market. First, Russia belongs to OPEC+, the oil production-limiting deal. Secondly, it is challenging to compete with state-run energy giants that always come in first in terms of the number of licenses awarded. What might be most promising for Lukoil overseas is the shale sector, but this is also where most lucrative projects are already reserved, making it impossible for the Russian firm to make its entry. This is why the company has become a player in the offshore shelf, which is the second-largest mining segment.

Speaking at the World Economic Forum in Davos, Vagit Alekperov considered West African regions and the Gulf Mexico strategic for his firm’s development. The Russian oil company has an appetite for traditional crude assets taken from companies that plan to sell them up in order to invest more in shale deposits in the United States and Canada. These are mainly ExxonMobil-owned Zafiro oilfield and gas projects. Owned jointly by U.S. oil company ExxonMobil, Ocean Equatorial Guinea Corporation, and the government of Equatorial Guinea, the Zafiro oilfield is located in Equatorial Guinea. The country’s top source of oil, the deposit produces 90,000 barrels per day. Before, ExxonMobil was believed to have planned to sell up to $25 billion of oil and gas fields, including those in the African country of Equatorial Guinea. The country’s authorities hope to see a Russian firm buying the stakes. Other U.S.-based oil companies are also in talks to trade their African assets in Nigeria (Chevron) and Libya (Marathon Oil and Occidental Petroleum). Lukoil has operated in Africa since 1995. The company has assets in Ghana, Cameroon, the Republic of Congo, Nigeria, and Egypt. In 2018, Lukoil’s oil output in Egypt totaled 3 percent of the company’s entire production. In 2015, the gas firm kicked off a project in Mexico where it got a permit to drill in the waters of the Gulf of Mexico.