Russia’s Defence Ministry has decided to relocate the main base of the Caspian Flotilla from the city of Astrakhan at the northern end of the sea to the city of Kaspiysk in Dagestan located about 400 kilometres south. In this way, the Flotilla will be closer to the unstable Middle East region. The number of officers and sailors serving in the Flotilla is also supposed to be increased. This step is part of a larger Russian strategy for the gradual increase of military presence near NATO’s southern flank and the Levant region, which is important for political and economic reasons (oil and gas). The appearance of a permanent squadron in the eastern part of the Mediterranean Sea and the consolidation of military presence in Syria (air bases in Tartus and Hmeimim) constituted the manifestation of such strategy. Relocating the Caspian Flotilla to the central part of the body of water means increasing the risk for energy projects that already connect or will connect Caspian hydrocarbon deposits either from Central Asia or from Azerbaijan to Europe. 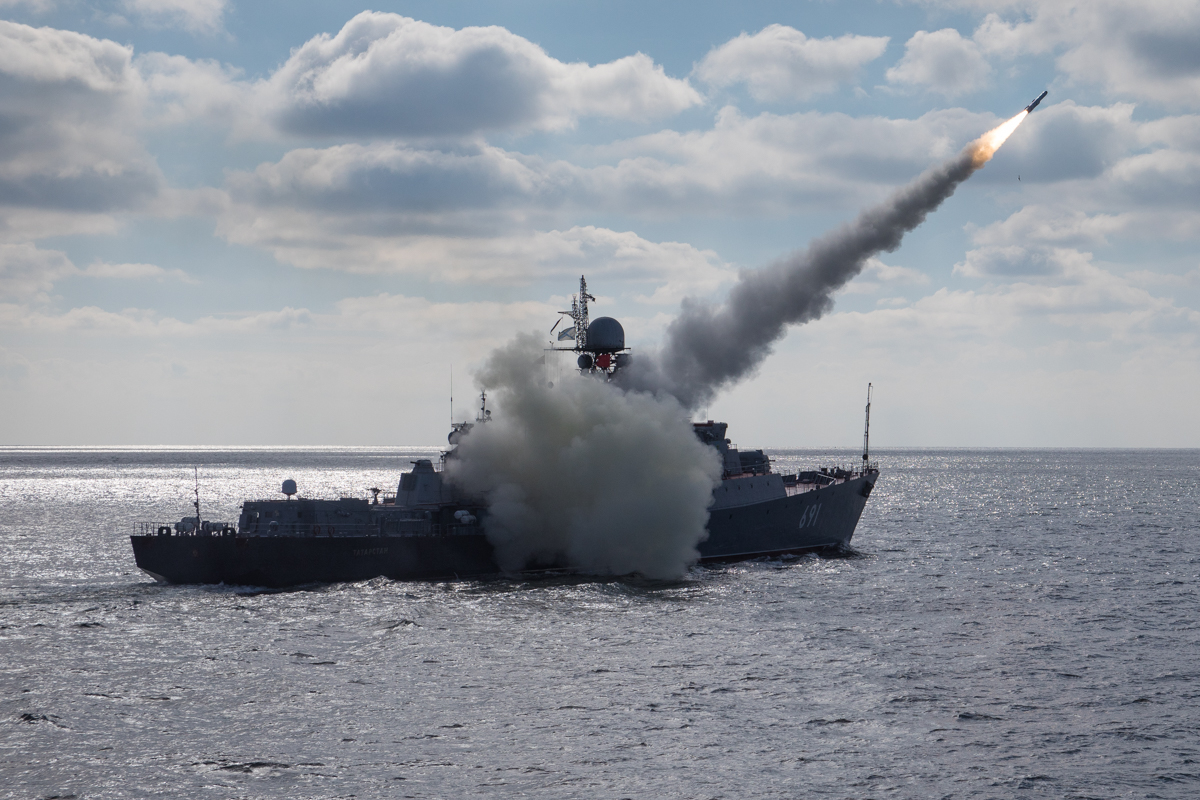 The Caspian Flotilla is the second maritime element of the Southern Military District (after the Black Sea Fleet). It consists of a few brigades and squadrons of surface ships and coastal defence units (two battalions of naval infantry and a rocket artillery squadron). The very core of the Flotilla is comprised of the Tatarstan and the Dagestan missile ships (with the latter being a flagship one), the Grad Sviyazhsk, the Uglich and the Velikiy Ustyug missile corvettes and the Stupinets missile boat. This is the largest naval force in the Caspian Sea, which proves Russia’s actual control over this body of water. Once neglected, it has been clearly strengthened and modernised in the last few of years. It has also taken part in a major military operation for the first time; in autumn 2015, the Flotilla ships shelled Syrian targets located more than 1000 kilometres away using Kalibr cruise missiles.

Astrakhan is not a very good choice due to a problem occurring in the Volga Delta. In winter, some units struggle with sailing out to the sea. What is more, lowering the water level in the northern part of the Caspian Sea makes it difficult for heavier ships to operate. Kaspiysk, located hundreds of kilometres south, is a different place since it is situated in the open body of water. Moving the base to Kaspiysk will facilitate inland operations in the Middle East region. Having a home port and the headquarters nearby Kaspiysk, it will be much easier to carry out military tasks (such as the mentioned attack on Syrian targets) than to sail for a few hours south from Astrakhan every time. A part of the Flotilla has already been stationing in Kaspiysk, including gunboats-hovercrafts, the 414th Naval Infantry Battalion and the 847th Missile Squadron.

The relocation of the base is caused by some political reasons. Granting Kaspiysk with the status of the Caspian Flotilla headquarters strengthens the position of Vladimir Vasilyev, former general of the Ministry of Internal Affairs, who was sent by Moscow at the beginning of the year to act as a new leader of Dagestan. Increasing military presence in this particular region of the Caspian Sea also means increasing the pressure on Azerbaijan, Kazakhstan and Turkmenistan – it will be easier to control marine pipelines and generally the transport between Central Asia, Caucasus and Europe. It is also a signal for Iran, with which Russia has been arguing for many years, mostly about the status of the international waters of the Caspian Sea. The relocation will probably take place next year – although there might be some changes in this regard, depending on the funds for the construction of infrastructure. Therefore, it is likely to occur in 2020.