Russian presidential spokesman Dmitry Peskov confirmed that a meeting between Russian leader Vladimir Putin and Lithuanian ex-president and MEP, Rolandas Paksas, had taken place in the Kremlin. Interestingly, no details were given, contrary to the talks between the Lithuanian politician and the chairmen of Russia’s both parliamentary chambers. Given Paksas’s recent activity in his native country and the course of the Moscow discussions, it may thus be concluded that the Kremlin anointed him as its main political ally in Lithuania. This also Russia’s response to Lithuania’s latest actions as Vilnius has voiced support for Kiev after the Kerch Strait incident. 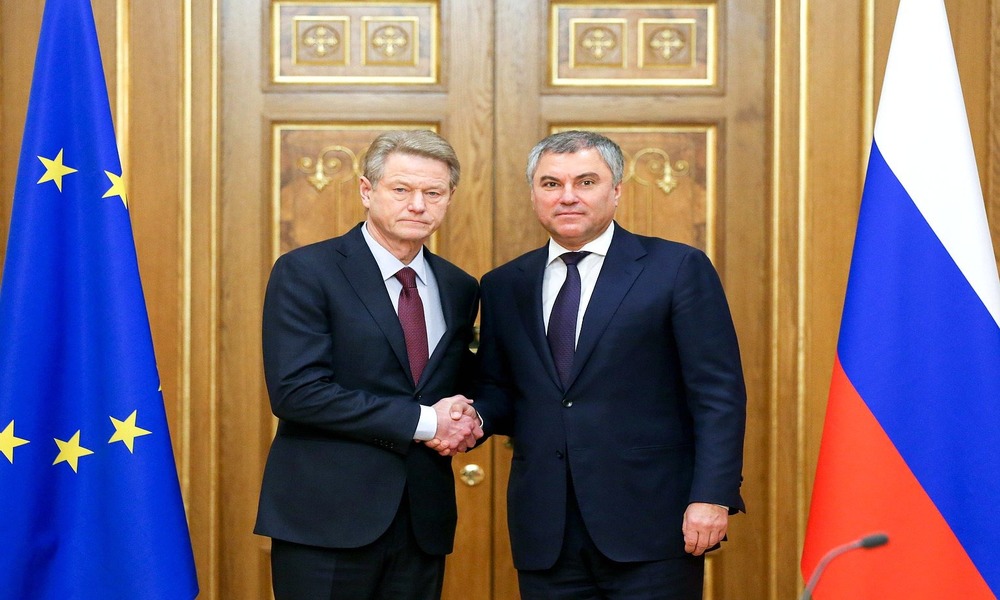 On December 5, the Kremlin informed on its website that Russian President Vladimir Putin has held a private meeting with former French Prime Minister Francois Fillon. Such a rendezvous can hardly come as a surprise as France was at that time plunge in a crisis that sparked over yellow vests protests. The more so that Marine Le Pen’s National Rally party, formerly known as National Front, is unlikely to wield power in France, Russian plans to “flirt” with Fillon and the Republicans may that the Kremlin hopes to enter in good relations with more than one political players. It may be even more perspective since Fillon is said to belong to France’s political mainstream. Interestingly, Kremlin’s spokesman did not mention a visit of another European guest, MEP Rolandas Paksas, who arrived in Moscow on the same day. Lithuanian ex-leader informed about the meeting after he had returned to the country. Nonetheless, Kremlin’s spokesman Dmitry Peskov confirmed that such a reunion had in fact taken place only a few days later.

Rolandas Paksas is a skilled former aerobatics champion, an ex-member of Soviet and Lithuanian national aerobatic teams. After Lithuania regained independence, he first joined a right-wing party. Later, he became the leader of the liberal political grouping. He was then elected mayor of Lithuanian capital and he twice served as a prime minister before winning presidential elections in 2003. After a few months, the state’s secret services provided the parliament with some documents pointing to his ties to the Russian mafia. A special investigation committee consisting of Lithuanian MPs, judges and prosecutors was established; its final work resulted in six formal charges against Paksas in February 2004. Lithuania’s Constitutional Court ruled that Paksas had grossly violated the presidential oath, accusing him of improperly restoring citizenship to Yuri Borisov, a Russian sponsor of his campaign. In 2004 Lithuania’s Parliament impeached Rolandas Paksas who, since that time, has been in opposition. In 2009 and 2014 he won a seat to the European Parliament. In October 2016 Paksas stepped down from leadership position in his Order and Justice party due to its poor election result. Lithuanian ex-president is Vice Chair of the Europe of Freedom and Direct Democracy pro-Russian and Eurosceptic group that consists of 43 members, including representatives of Britain’s UK Independence Party, headed by Nigel Farage, and Italy’s Five Star Movement.

Russian officials met with Paksas, a representative of the EU Parliament, on December 4-5 in Moscow. His visit was given high priority even though Lithuanian MEP is only a deputy chair of one of the Parliament’s smaller factions. Rolandas Paksas also attended the opening of the plenary meeting of the State Duma where he was greeted with applause. Lithuanian ex-president met Russian Federation Council Speaker Valentina Matviyenko and Speaker of Russia’s State Duma Vyacheslav Volodin. They were expected to hold talks on the recent Kerch Strait incident, among others. As he said later, he had no intention to present his own standpoint; instead, he sought to hear Russia’s views. Paksas was allegedly offered to establish an informal working group consisting of Russian State Duma deputies and members of the European Parliament. Matviyenko complained about the sharp stance of Lithuania’s leader Dalia Grybauskaite towards Russia. In her opinion, Lithuanian authorities are severely violating freedom of speech while persecuting Russian-speaking citizens and other-minded people. “I think that Lithuania will be one day governed by authorities that will properly assess all damage done to the country by the current ruling team”, Matviyenko said. Paksas did not react to attacks targeted towards Lithuania. In addition, he was received by Russian President Vladimir Putin. As reported by the MEP, their talks were predominantly devoted to the issues of Lithuania, Kaliningrad as well as Vilnius’s potential cooperation with this Russian region.

Paksas’s visit to Moscow met with sharp criticism from Lithuanian politicians. For instance, the state’s Prime Minister called it an attempt to destroy foreign policy of both Lithuania and the European Union. In this case, Russia clearly sought to play both sides. First, it was a political gesture for the Eurosceptic group a few months ahead of the 2019 European elections. This confirmed the Kremlin’s desire for a strong eurosceptic and populistic group in the next term. Secondly, Paksas was anointed as a leader of Lithuania’s pro-Russian camp. These two issues are linked one with another. In October, Paksas started a new civic movement “I Call the Nation”, which already launched its first communication campaign under the slogan of coming back to the national currency. Lithuanian ex-leader’s goal is to make his new undertaking associated with him and not his former Order and Justice party. In such a manner, Paksas will be likely to take advantage of his fight against euro to be reelected as the MEP. This is to be a favorable scenario for the Kremlin, all the more so that it constitutes a convenient tool for Lithuania’s internal weakening as the state is considered as one of Moscow’s most consistent opponents within the European Union.