At the beginning of December, President of Lithuania Dalia Grybauskaitė paid a state visit to Kiev. The highlight of the visit was a meeting with President of Ukraine Petro Poroshenko, the aim of which was to sign a number of agreements between the two states. As a result, Lithuania and Ukraine have strengthened their cooperation in the fields of politics, the military and economy. The issue of Ukraine’s aspirations to join Euro-Atlantic structures was also discussed during the meeting. The signed documents regulate the relations between Lithuania and Ukraine and define directions of the bilateral cooperation for the next two years. 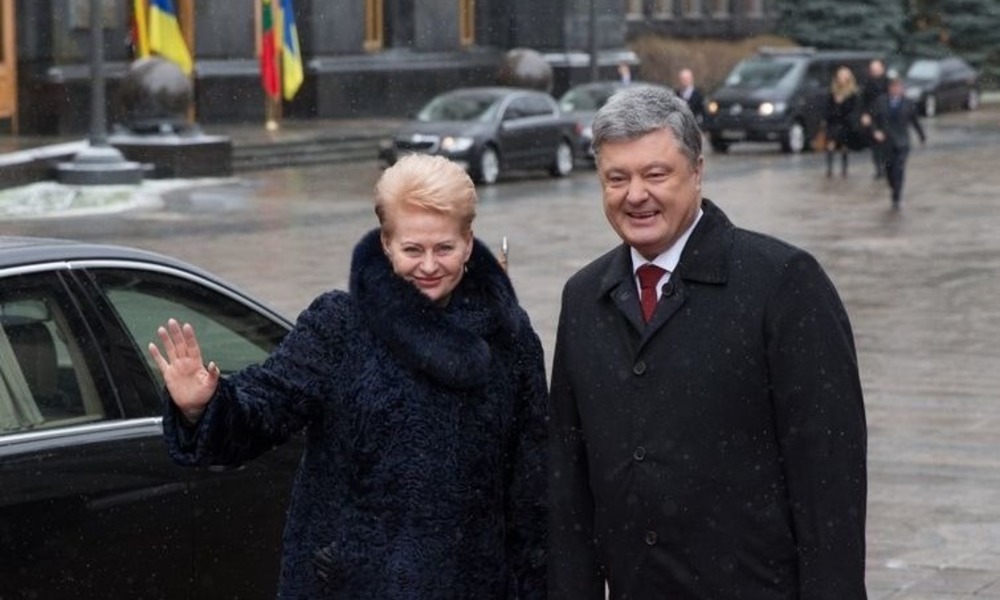 Among the fields mentioned in the agreements are: security and defence, economic cooperation as well as foreign policy. As regards the spheres of security and defence, it has been concluded that the key objective is to maintain the existing cooperation between the states, which includes supplying Ukraine with ammunition, exchanging experiences and sending more Lithuanian military instructors to the Dnieper River. Therefore, the current agreements essentially describe the extension of Lithuania’s support for Ukraine. According to the agreements, the first priority is to increase the number of Lithuanian military experts who are currently stationing at the Dnieper River from 20 to 60. The second priority is to support Lithuanian cyber security specialists, whose task is primarily to provide real support for their Ukrainian partners during the upcoming elections.

The sphere of economy is now regulated by a new agreement, which is to facilitate migration and to make it easier for Ukrainians to take up work in Lithuania. From the economic point of view, this agreement signed in Kiev is one of the most important documents for Lithuanians. Due to some demographic problems, Lithuania is now in urgent need of an influx of workers on the labour market, including both highly-qualified workers and seasonal workers. The Lithuanian authorities hope that the influx of Ukrainian labour force will have a positive impact on Lithuania’s economy.

All other agreements concern less important aspects of the bilateral cooperation. The two main ones, which are mentioned above, might be regarded as a kind of transaction between Kiev and Vilnius. To clarify, while the extension of the current cooperation in the fields of security and international policy is beneficial for Ukraine, there is no doubt that the economic cooperation between the two states is beneficial for Lithuania.

On the whole, these agreements are just part of Lithuania’s greater political strategy towards Ukraine. Since the outbreak of the recent conflict in Ukraine, Lithuania has not only been actively supporting Ukraine in its struggle against Russian aggression, but it has also been advocating Kiev’s efforts to integrate with the West. Thus, the strengthening of the relations between the two states is not the only Lithuanian reaction to the escalation of the conflict in the Azov Sea. Lithuania has also taken some action against the Russian Federation by imposing individual sanctions on certain Russian citizens. The list of people who are banned from entering Lithuania has been extended by 20 Russians, who are mainly connected with the military.