Lithuanian Ministry of Internal Affairs developed a project in case of a serious accident in the Belarusian nuclear power plant in Astravyets. The strategy provides for the protection and information for people, evacuation plans, iodine prophylaxis and methods to limit the access to contaminated food and water. 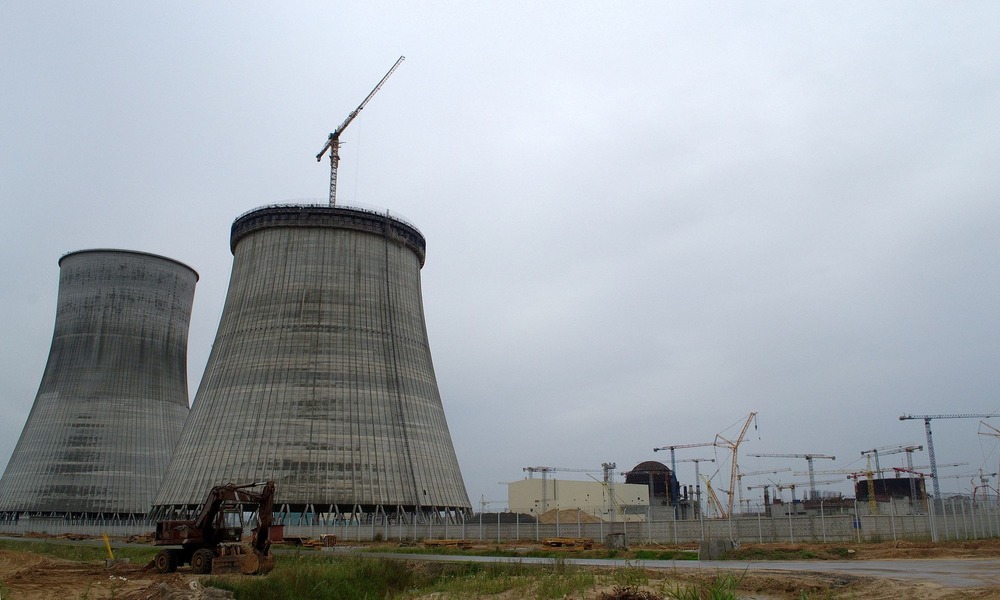 The Belarusian nuclear power plant in Astravyets, which is under construction since 2013, gives rise to political, ecological and economic controversies. The discussion takes place mainly in Lithuania which is directly exposed to possible consequences of an incident as the Belarusian power plant is located about 20 kilometres from the Lithuanian border and 50 kilometres from the capital city of Lithuania – Vilnius.

The danger yet under construction

The project of the nuclear power plant in Belarusian Astravyets will be probably finished in 2020. However, until now, several incidents happened on the construction site which spread in the media. The two most widespread cases on the construction site happened in 2016: during the assembly of a reactor vessel, it fell down from a height of 2 metres; several months later, the reactor vessel delivered by Russians was damaged during transport.

Belarusian authorities try to hide all serious incidents connected with the construction of the power plant in Astravyets. But the media informed about several serious incidents on the construction site – including the fatal ones.
Being aware of these incidents as well, Lithuania asked for the intervention of international expert organisations for nuclear power. Experts of the European Commission, ENSREG and IAEA carried out inspections in Astravyets. The results of control bodies’ inspections are used by the Belarusian media. It is perfectly visible in the case of the last year inspection conducted by IAEA which officially did not reveal major deficiencies, which was used by Belarus to show their investments in Astravyets in a favourable light.

Run for your life

The economic and ecological issues, caused by the nuclear power plant near the state border, are the most dangerous for Lithuania; and the ecological aspect seems to be more important. The ecological crisis, caused by a possible damage of a reactor, may lead to serious contamination of the environment and radioactive contamination of areas near the capital city.
All the possible dangers induced the Ministry of Internal Affairs of Lithuania to work on a power plant damage project. A new strategy established by the ministry and its subordinate units provides for specific orders for all services and a list of special officials responsible for security in case of a serious incident. According to proposed directives, detailed instructions cover the protection of citizens, dissemination of information, evacuation, iodine prophylaxis and restriction of access to food, drinking water and non-food items contaminated with radiation.

The strategy also marks a territory which would be covered by the measures in case of crisis. The danger zone is an area within 30 kilometres from the power plant – people would be evacuated from there (according to available data, projects provide for the evacuation of 6 thousand citizens from border towns of the Vilnius region). A special protection zone would be much bigger and would cover the territory of Lithuania within 100 kilometres from the power plant. A new project is to be introduced along with the information campaign which would raise awareness of the situation and prepare the society for possible dangers connected with the new Belarusian investment.

Decisions of the Lithuanian government are a reaction to the real need resulting from the possibility of power plant disaster. Preparatory steps are taken in two stages – when it comes to the development and modernisation of ecological crisis plans as well as increasing awareness in the regional and broader debate. The target plan, from the perspective of the improvement of the security quality, should also provide for possible evacuation of the capital city, but also the reinforcement of reaction to the biggest, possible danger which is radiological contamination of Lithuanian rivers resulting in limited access to drinking water. Whereas from the perspective of the regional debate – announcements about subsequent plans should be a piece of information for the international community which should improve their awareness about dangers generated by the power plant in Belarusian Astravyets.