The Sea of Azov: Ukraine is not giving up

Kiev authorities announced the construction of a military base in the Sea of Azov and deployment of a greater amount of forces in this region. After months of the increasing Russian pressure in the Sea of Azov (growth of their military presence, interruption of shipping from Ukrainian ports through the Kerch Strait, threats with landing on the Ukrainian seashore), Kiev has finally taken measures which should show that it is not going to yield in the confrontation with Russia. The question is why this decision was made now, as yet in 2014 it was suspected that the Russian-Ukrainian war might result in the access of Russians from Donbas to the Crimea by land through areas located on the Ukrainian seashore. 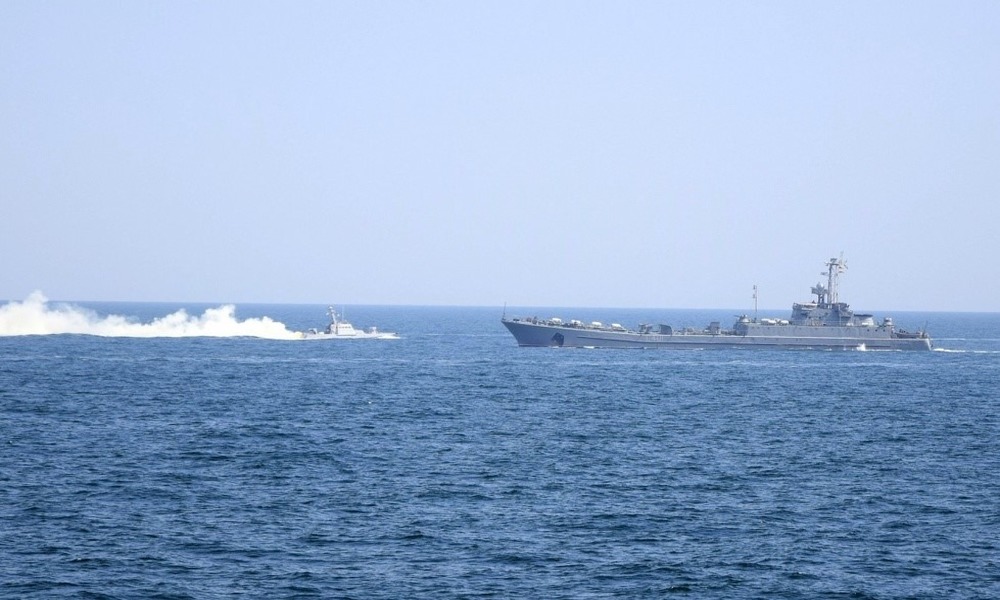 Since April, Russia has stopped over 150 foreign units in the Sea of Azov which were sailing to the Ukrainian ports, mainly to Mariupol, the Donbas’ “gateway to the world”. Moscow is hiding behind the regulations of the agreement on the cooperation and exploitation of the Sea of Azov and the Kerch Strait – made some time ago between Ukraine and Russia. Moreover, the Russian military potential in the Sea of Azov is increasing – units of the Black Sea Fleet stationing in the area were reinforced with the Caspian Flotilla troops. It is not surprising that for several months people were speculating about the full blockade of Kerch and the landing of Russians on the seaside somewhere between Mariupol and the Crimea.

It seems that Kiev has only recently understood the real danger. At the beginning of September, National Security and Defense Council of Ukraine accepted several measures for the defence of Ukraine’s affairs in the Black Sea and in the Sea of Azov. In the middle of September, the State Border Guard Service of Ukraine informed about sending several hundred representatives of the secret service to the subunits in both seas in order to counter Russian actions. The USA appealed to Russia to cease harassing ships sailing to the Ukrainian ports and at the end of September, they delivered to Ukraine two patrol boats to serve in the Sea of Azov. At the beginning of October, Viktor Muzhenko, Chief of the General of the Armed Forces of Ukraine, announced that Ukraine would build a naval base on the seashore of the Sea of Azov and would still be reinforcing the army in this region. He added that Ukraine had already strengthened its air, land and naval forces and artillery in this area. Several days later, the Secretary General of NATO Jens Stoltenberg expressed concerns about the situation in the Sea of Azov. “We observe that the movement of traders in this region is being inhibited by the Russian presence in this sea area, this is an element of a campaign which is aimed to undermine the stability of Ukraine” – Stoltenberg said. It seems that if Putin – after the unfavourable for him election in Ukraine – decides to aggravate the relations with Kiev, the Sea of Azov will become the main battlefield of the conflict.