Is it time for “decoupling”?

Since the beginning of Donald Trump’s presidency, the debate on economic decoupling began to intensify. In Washington, a view emerged that globalisation favours the PRC’s growing ambitions and that economic interdependence is a potential threat to the USA’s security. The coronavirus pandemic is likely to inhibit globalisation processes and accelerate Washington’s efforts to decouple from China. 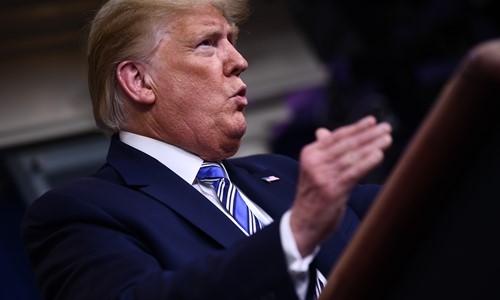 Both during the presidential campaign in 2016 and after the victorious elections, President Donald Trump strongly criticised previous administrations for their leniency towards China. In his message, a liberal policy based on the belief that the Middle Kingdom would gradually democratize as the economy developed, proved to be a strategic mistake. Not only has China become richer and more powerful, but since Xi Jinping came to power, it has also begun to assert its interests on the international scene in a more assertive way. At the political system level, there was a move away from “collective leadership” (集体领导) in favour of the centralisation of power in the hands of the “highest leader” (最高统). The CPC’s policy towards the Catholic and Protestant minorities has also been tightened, despite the agreement with the Vatican signed in September 2018. The authorities also intensified the repression of the Uyghur population in Xinjiang (East Turkestan), demanding their political and cultural autonomy.

The PRC is one of the main beneficiaries of the globalisation process and of the free movement of goods within the WTO system, joined by China in 2001. Then, a dynamic economic expansion of China under the economic exit strategy (走出去战略) has started. As a result of its pro-export development model and the maintenance of barriers to access its own market, China has become the world’s largest exporter and a key investor. However, “a window of strategic opportunity” (战略性机会窗口) is slowly closing, as the world’s most powerful economies realised that China could realistically threaten their dominance in global value chains. According to President Trump’s current and former advisors, such as Peter Navarro, Steve Bannon and General Robert Spalding, decoupling is necessary to stop the growth of China’s power and secure the position of the United States. In line with this logic, the processes of globalization stopped promoting American interests, so it became necessary to partially reverse them. In a more moderate version, decoupling would involve an attempt to exclude China from international supply chains and capital flows without resigning from the idea of a globalised system.

The spread of the SARS-CoV2 and the economic paralysis which has affected the European Union and the United States will entail enormous losses of all countries in the international system. The UN report of February 2020 predicted 2 trillion dollars of losses, but the scenario outlined at the time was probably too optimistic. The OECD projections of March 2020 predict that the recession in the most important countries could reach from a dozen to even more than thirty percent. The scale of the crisis is also visible in the fact that the United States intends to spend as much as 3 trillion dollars for various aid packages. Similar actions are taken by almost all countries, which indicates that strengthening the domestic industry will be the priority for the authorities. The SARS-CoV2 pandemic proved that the pursuit to optimise production partly deprives states of their ability to act independently in the face of the crisis, making them dependent on importing medical equipment and protective clothing. It can be concluded that the painful experience of the uneven fight against the virus with deficits of equipment and materials will lead many decision-makers to move parts of their factories back to the country. The inevitable increase in unemployment and social unrest will encourage nationalist sentiment, state intervention programmes and restrictions on imports from abroad.

For China, the outlined processes pose a serious threat, as their growth is still strongly correlated with the international economic situation. Signals from leading Chinese media, such as Xinhua, Renmin Ribao and the Global Times, indicate that Beijing perceives the changes as highly unfavourable. They present decoupling as a tool of nationalistic and irresponsible politics, which the whole world will pay for. The message of the G20 summit, during which President Xi Jinping stressed the importance of maintaining an unrestricted flow of goods, was similar. Part of the Chinese demands is supported by particular business circles and influential observers of Asian affairs, such as Kevin Rudd. It can be concluded that the growing social needs and the necessity to save national economies will cause losses of all major international actors. If President Trump wants to make an attempt at economic decoupling, the period after handling the health crisis seems most beneficial. For China, a pandemic combined with decoupling will mean the end of the dream of becoming a universal power and achieving a standard of living similar to the highest developed countries. The economic downturn will also pose a huge challenge to the legitimacy of the CPC, which gained the support of the middle class primarily due to the improvement in living standards. The world emerging from the pandemic will be increasingly “nobody’s”, as both the USA and China, in the face of the threat to social stability, will have to limit their international activity.