Syrian government and allied Russian warplanes intensified in late April and early May bombardment of Syria’s rebel-held Idlib province and neighboring regions, killing dozens of civilians. And yet, the issue of the rebel-controlled enclave has come to a standstill due to Turkey’s calls for stopping the invasion by government forces, backed by Iranian and Russian allies. Also, it was expected to become one of the topics discussed during the next Astana format meeting. Yet peace talks have eventually failed to bear any fruits, as a result of which Idlib’s status quo is likely to be maintained until July. 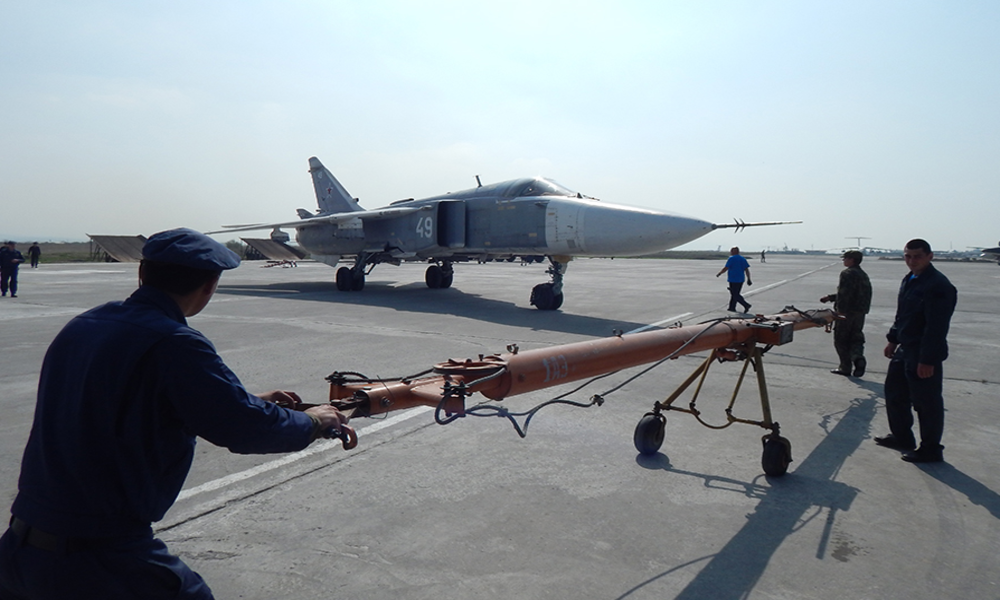 Syria’s Idlib province is a rebel-held stronghold in the country, dominated by Tahrir al-Sham (HTS) armed group, formerly affiliated to al-Qaeda, since January 2019. In September 2018, Russia and Turkey, the latter of which has backed some of the rebel groups in Idlib, managed to agree truce while establishing a buffer zone, a step that has halted the government offensive against the rebel-held enclave. Also, Idlib is home to 3 million civilians and tens of thousands of rebel fighters. Any attempt to annihilate Syria’s rebel-controlled stronghold will be equivalent to bloodshed, as a result of which thousands may be slaughtered, while forcing tens of thousands of people to flee to neighboring Turkey. The UN special envoy for Syria has informed that since February, over 200 civilians had reportedly been killed in Idlib while fighting had forced 120,000 people to flee to areas closer to the Turkey border.

Considered the rebel-held footholds, Idlib along with the adjacent provinces of Hama, Aleppo, and Latakia are also where the government forces are making constant efforts to defeat the enemy. On April 20, Syrian President Bashar al-Assad called for taking immediate steps to implement an agreement on the stalled buffer zone in Idlib province, claiming that Turkey, which backs the rebellion, does not comply with the deal. Furthermore, al-Assad tried its utmost to make Idlib the main topic of the next round of Astana format negotiations. The 12th round of peace talks on Syria took place in the Kazakh capital of Nursultan on April 25 and 26. It, however, failed to bring any results as all participants had made it difficult to detail an agenda of the meeting. While Iran and Syria urged for tackling the Idlib issue, Turkey along with the Syrian opposition sought to focus on exchanging prisoners and address the situation in northeastern Syria, whose territory is to a great extent controlled by the Kurdish-dominated SDF coalition. For its part, Russia held an interest in setting up the constitutional committee whose main objective will be to draft a new Syrian constitution. Nothing has, however, been determined in this respect. In their final statement, Russia, Iran, and Turkey voiced concerns over an ever-stronger position that HTS had accomplished to gain in Idlib. The three signatory states also highlighted their joint “determination in ensuring further cooperation to defeat” HTS and Islamic State.

Meanwhile, more air raids hit rebel-controlled regions, killing ten civilians on April 26. The strikes killed three civilians including a boy in the town of Kafranbel, and seven including a girl in the town of Tal Hawash. On April 30, the United States called on Russia to fulfill its commitments and halt further activities in Idlib. Within one week, the Syrian government and Russian aircraft carried out more than 100 air strikes on Idlib and nearby Hama province. As reported, government forces have been employing the barrel bombing, killing at least 69 people. Damascus said that the intention was to destroy jihadist-owned facilities after they had reportedly violated the de-escalation agreement. Government-led air raids have destroyed three hospitals, the WHO reported. Also, the Russian-Syrian coalition has targeted some schools.