To What Extent Is Russia Cutting Military Spending?

Russia’s 2018 military expenditure dropped, marking the falling tendency for a third consecutive year, the latest report by the Stockholm International Peace Research Institute (SIPRI) revealed. Pessimists in Moscow have already sounded the alarm, claiming that Russia halts further military spending while those of other countries have recently rocketed. Also, they pointed to Moscow’s economic problems as the reason for limiting the scope of the country’s armaments. For their part, optimists said that dropping figures came in the aftermath of a proposal to upgrade the army, scheduled a few years ago, while Moscow spends less yet makes better investments than its international rivals. The sums themselves have sparked off a heated controversy, given that various methods of converting currency in which expenses were expressed (from roubles to dollars) whereas a considerable part of Russian military budget is not revealed to the public. 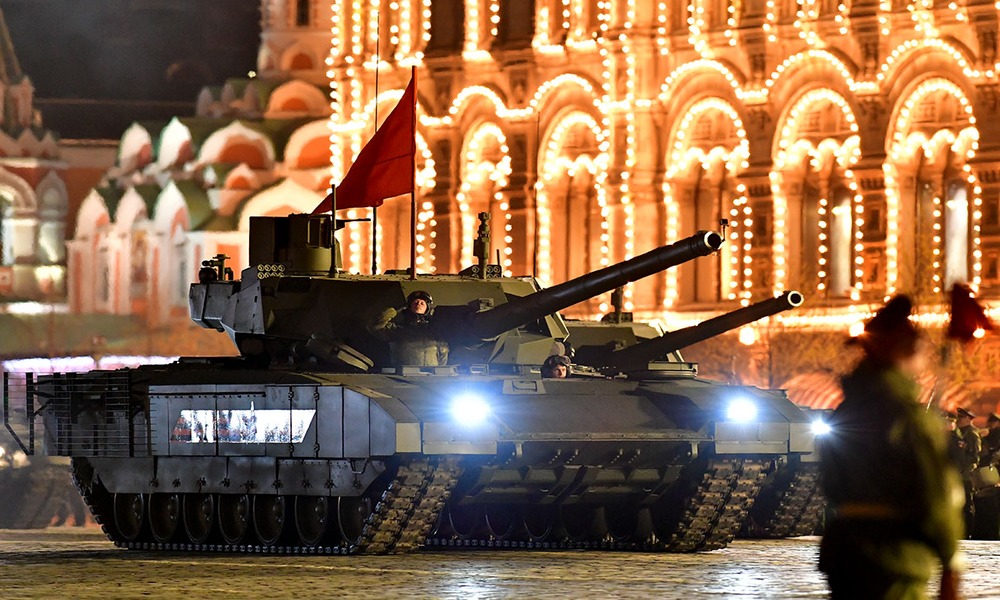 Russia has fallen out of the top five defense spending countries for the first time since 2006. The SIPRI study revealed that Russia’s 2018 defense spending amounted to $61.4 billion, slipping 3.5 percent compared to the 2017 figures and pushing Russia further to sixth place worldwide. The United States has remained the global leader, spending $649 billion on military purposes, a 4.6-percent increase compared to 2017. According to the SIPRI index, China allocated $250 billion to defense as its military expenditure has been subject to continuous growth over the past 24 years. Among the world’s biggest defense spenders are also Saudi Arabia, India, and France. Overall, total world military expenditures rose to $1.882 trillion in 2018, the highest figure since SIPRI started measuring defense spending in 1988. Of all countries covered in the report, 15 leading states account together for 81 percent while the top five – for 60 percent of global military spending. Russia’s expenditure accounts for 3.4 percent of the world’s overall military expenses while the United States spends one of three dollars allocated to defense purposes. In total, NATO allies designated $963 billion, or 53 percent of global military expenditure, to boost defense. In some Central and Eastern European countries, a high growth rate of military spending is linked to mounting perceptions of a threat from Moscow.

Russian budget allocated to armaments and army has plummeted by 20 percent over the last two years, a trend that resulted from the economic impacts of Western sanctions and low oil prices that both have negatively affected the state budget. In 2018, Russian defense expenditure dwindled for the third year in a row, and yet it should be assumed that the SIPRI data has been underestimated, though it is unknown to what extent. Also, it is problematic to calculate defense budget that is allotted to this purpose through distinct state institutions along with expenditure coming from hidden sources that are becoming more and more numerous. Though defense expenditure has decreased over the past two years, they have in total amounted to 3.9 percent of Russia’s GDP in 2018. A study by the Gaidar Institute noted that $108 billion were allocated to the military, yet adopting a distinct method than that of the Swedish think tank while converting roubles to dollars. As reported, military expenditure decrease had been foreseen many years before when multiannual military upgrade plans were drawn up. When Russia implemented a plan to modernize its army and naval fleet in 2010–2015, it increased the annual defense budget by 4.9 up to 16 percent. Military spending has continuously slipped since 2016, marking 11-percent decrease in 2016 and 19-percent fall in 2017.

Yet the strategy to upgrade the army did not encompass within its scope full construction and modernization of the Russian military. Although the Russian army has received cutting-edge weapon technology, including the Tsirkon cruise missile, the Poseidon unmanned underwater drone, and the Kinzhal hypersonic missile, it generally lacks modern weaponry and is primarily equipped with older supplies. For instance, up to 100 T-14 tanks were delivered as a trial batch, with its large-scale production postponed as the result of the limited defense budget. A decision was made to continue serial production of T-72B and T-90 tanks. As for Russian air forces, they are not equipped with the Sukhoi SU-57 jet fighters while the situation looks somewhat optimistic in the Air Defense Forces having at their disposal S-400 missile systems, upgraded with S-300s, as the core component of anti-aircraft defense. Also, Russian electronic warfare systems seem to be in a satisfactory condition.