Hong Kong, Tibet and the WHO – Chinese-American zones of conflict

The beginning of July 2020 brought further sanctions of Washington against China. This time, on July 2, the bill on penalties for banks cooperating with the PRC authorities was adopted. A few days later, on July 7, the United States began the process of official withdrawal from the World Health Organization (WHO), which already in May was under President Donald Trump’s accusations of ignoring reports on the spread of coronavirus and succumbing to Chinese pressure. Furthermore, on July 8, Secretary of State Mike Pompeo announced that Washington would impose visa restrictions on certain PRC government representatives and officials as a result of allegedly obstructing travels of American citizens to the Tibet Autonomous Region (TAR) and surrounding areas. 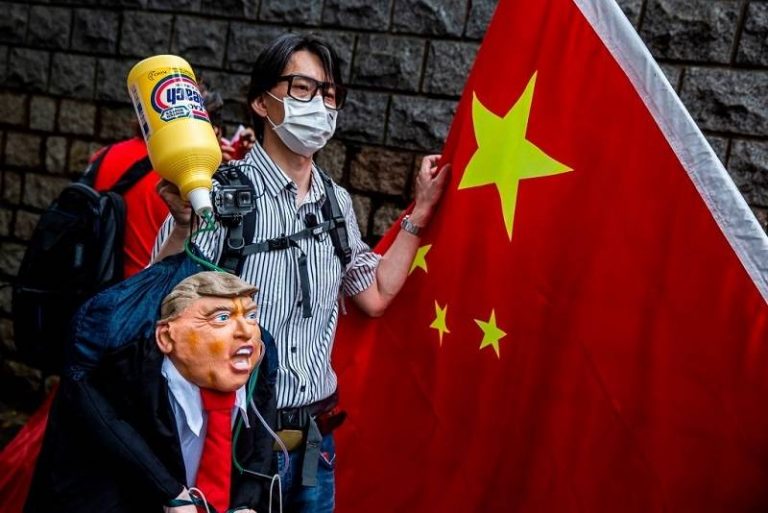 This is another month of Washington’s sanctions against China. On July 2, the US Congress adopted a law announcing penalties for banks that cooperate with representatives of the PRC authorities, responsible for imposing state security laws on Hong Kong. Let us recall that on June 30 the Standing Committee of the National People’s Congress unanimously adopted a controversial project, which, according to critics, will take away Hong Kong’s freedom and rule of law. The new regulations were introduced by Xi Jinping decree without the local Hong Kong legislature and entered into force on the day of signing. The “Hong Kong national security law” increased the powers of Hong Kong’s police, who gained the right to search, confiscate property and wiretap suspects, among others, without a court order. Authorities in Hong Kong can now also remove any content that strikes against state security matters from the Internet. The Chinese establishment recognizes that the new legislature will help to combat terrorist, separatist and subversive activities, which will be punishable by even life imprisonment. Carrie Lam – Chief Executive of Hong Kong, who remains loyal to Beijing, added that the new law only applies to a small group of people that threaten state security. However, just a few days after the introduction of the bill, the Hong Kong Education Bureau instructed schools to remove textbooks that might violate the new order and several pro-democracy books were removed from public libraries. As Western journalists’ comment: “This is the end of the ‘one country, two systems’ principle.” The imposition of the new law by the PRC was criticized by the authorities of the USA, Canada, Great Britain and Japan, among others, as well as the heads of the European Commission and the European Council.

A subsequent expression of disapproval of the PRC’s actions, which is exceptionally radical and certainly a painful consequence, is Donald Trump’s official decision to withdraw the United States from the WHO. He announced a severance of relations with the WHO already on May 29, accusing it of succumbing to China’s pressure and control. Senator Bob Menendez announced Trump’s decision via Twitter on July 7. The US President recognizes that it was the actions of the Chinese government that led to the pandemic, while the WHO covered up the threat, allowing the epidemic to spread. The United States donated USD 400 million annually to the WHO, which constituted 15% of the Organization’s budget. The notification concerning the withdrawal of the USA from the WHO, already submitted to the UN, will be effective in one year’s time – on July 6, 2021. The President of the United States announced that the American funds which were allocated to the WHO so far will be used for other public health needs.

It was not long before another dispute between the US and China began. The following day, on July 8, US Secretary of State Mike Pompeo announced the introduction of “visa restrictions on PRC government and Chinese Communist Party officials determined to be substantially involved in the formulation or execution of policies related to access for foreigners to Tibetan areas.” The head of American diplomacy once again called for non-interference in the autonomy of the mountain region, pointing out that the Chinese government is hindering travels of Americans to the Tibet Autonomous Region and surrounding areas. The Western media remind that China “Has been blocking foreign journalists’ access to Tibet since 2008, when a wave of self-immolation poured through the region in protest against the Chinese authorities’ treatment of its indigenous people.” The Chinese Ministry of Foreign Affairs was not indifferent to visa sanctions and a few hours later announced its own visa restrictions, addressed to Americans who “showed an inappropriate attitude towards the matter of Tibet.”

This is only a small sample of the two-sided “scuffle” between the world’s powers. Apart from the issues, such as making accusations against neglecting the coronavirus epidemic and fighting against the spread of mechanisms of the communist system, the American Federal Communications Commission (FCC) recognized Chinese companies Huawei and ZTE as “posing a threat to US national security.” Furthermore, the US Department of Commerce added 33 Chinese companies and institutions to the “blacklist”, accusing them of collaboration with the Chinese government and army in building an electronic surveillance system.

This article was originally published on “Polish Daily News” and “Polish Express“.