The Hardest Choice of Batka

Belarus is entering an election year. The country’s parliamentary elections will be held in November 2019, whereas the next presidential election is scheduled for spring 2020. Under the rule of Alexander Lukashenko, elections have become purely administrative rituals, however, this time, they might involve – from the regime’s perspective – a greater risk. On the one hand, Russia is putting more pressure on Belarus for further bilateral integration while at the same time reducing its economic assistance for the neighbour; on the other hand, Lukashenko has to start thinking about his future successor and the fact that without substantial reforms, the current economic model of Belarus is doomed to bankruptcy. 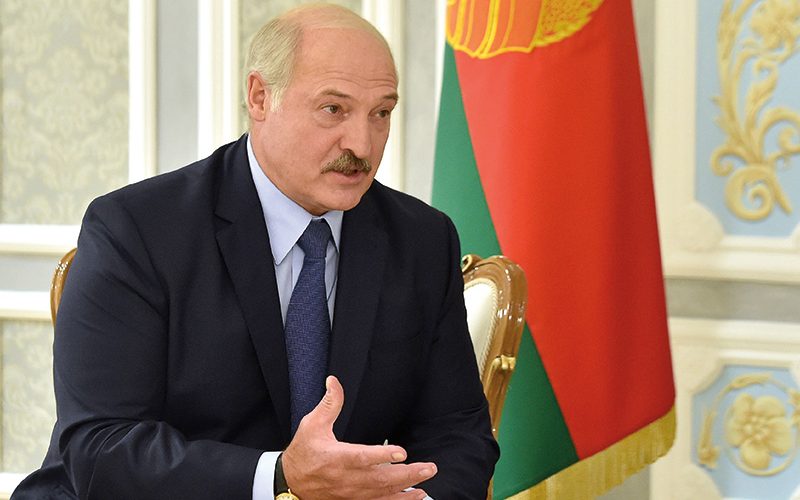 Of course, it is already known that the ruling camp will claim an overwhelming victory in the upcoming parliamentary elections and next year Alexander Lukashenko will be elected President of Belarus in the first round of voting for another, already the sixth presidential term. Electoral fraud is not even necessary here. The president, who is often called “Batka” (“Father”), is still popular among most fellow countrymen. One of the reasons for Lukashenko’s continuing popularity is the ability to provide Belarusians with a sense of economic, social and political stability – at least when compared to the neighbours, Ukraine and Russia. One of the main questions is whether the regime will allow the opposition to have a bigger part in the upcoming elections than usual. Currently, there are only two deputies who could be considered as the opposition in the 110-seat parliament. If, however, Lukashenko is thinking about improving relations with the West, then even a symbolic liberalisation of the country’s domestic politics is a must. At present, the dialogue between Minsk and the EU is being cautiously revived. The two sides are paying visits to each other and holding a series of bilateral talks. Federica Mogherini, the departing head of EU diplomacy, is to visit Minsk in autumn. Moreover, the sides are close to signing a visa facilitation agreement and EU banks are gradually expanding their investment portfolios in Belarus.

However, the relations with Russia, and not the EU, will be a key factor in the election year. Although Moscow is pushing for greater integration within the Union State of Russia and Belarus, the authorities in Minsk are in no hurry to do so for obvious reasons. It can, therefore, be expected that Moscow will intensify its activities in Belarus before the next presidential election (April or May 2020). Taking into account a large number of the Russian media in Belarus’ information sphere, Lukashenko may face a mass disinformation campaign which may not necessarily support him. Such propaganda attacks on Batka have already occurred in the past before key events. However, Lukashenko enjoys good health and, therefore, can peacefully prepare the ground for the transfer of power in the future. For now, the biggest headache for Europe’s longest-ruling leader is the economic situation. Although after the 2014-2016 crisis, Belarus has again recorded economic growth in recent years (2.5% of GDP in 2017, 3% of GDP in 2018), it is definitely not enough to chase other economies in the region. The 8% increase per year from the previous decade is unattainable. The Belarusian economy requires fundamental reforms. The current economic model, in which Russia’s aid is of key importance, does not guarantee Belarus independence. If Alexander Lukashenko truly wants to prevent Belarus from being swallowed by the neighbour, he has to introduce reforms. Using various “miraculous means” to maintain stability and development, such as the first nuclear power plant currently being built in the city of Astravyets or Chinese investments under the Belt and Road Initiative, will not, especially in the long run, save Belarus and its economy, which is based on ineffective planning and governance methods inherited from the Soviet command-and-distribution model. Economically, Belarus is still highly dependent on its largest trade partner – Russia. Only a few enterprises, mainly from the petrochemical sector and the arms industry, bring profits. Moreover, profits from crude oil refining may decrease significantly in the coming years. Until now, the Belarusian budget has been receiving a huge injection of dollars from profitable sales of products made from cheap Russian-imported oil in two modern Belarusian refineries (Novopolotsk and Mazyr) for the European market. However, Russia is currently implementing the so-called tax manoeuvre in the oil sector, which will make its oil sent to Belarus become more and more expensive year by year. Added to this is the fact that Moscow will not hesitate to blackmail Minsk by reducing its economic support in the form of cheap hydrocarbons or by opening the market to Belarusian products if Lukashenko does not integrate Belarus with Russia.

The president is faced with a difficult choice. He may maintain the economic stability of Belarus guaranteed by Russian subsidies, but only on the condition that Russia gradually swallows the country. However, if Lukashenko wants to maintain real power and independence, then he must find an answer to turning off the Russian aid tap. There is only one way out: economic transformation. This means reducing a huge burden for Belarus, which is the maintenance of loss-making state-owned enterprises, and reforming the agricultural sector (the liquidation of collective farms widely known as kolkhozes). Either the liquidation or privatisation of many enterprises would be necessary. However, this involves a huge socio-political risk. The marketisation of the economy means an inevitable increase in unemployment and a decrease in real income of the population which, in turn, will result in more potential social protests and general anti-government sentiment. This also means hitting one of the pillars of Lukashenko’s regime, that is, a group managing state-owned enterprises (“red directors”). The inevitable increase in the role of the private sector raises concerns among the ruling elite. The siloviki say to Lukashenko that the natural consequence of strengthening small and medium business will be the future emergence of bolder demands on his part not only for the liberalisation of the economy, but also of the entire political system. If there is no agreement on the privatisation or even the liquidation of state-owned enterprises, then attracting foreign investors by selling minority stakes in the enterprises may be considered. However, such a solution is not very popular – there is a great fear of the manual control over the economy by the politicians in Minsk and the necessity to maintain social welfare in these enterprises, including the level of employment.
The government of Prime Minister Syarhey Rumas, who is a great supporter of reforms, has been in power for a year now. Careful changes are being introduced in the private enterprise sector, and in the case of the IT sector one can even speak of a boom. The central bank’s policy is certainly a great advantage. Lukashenko, however, is not ready yet for more substantial reforms. Perhaps he will consider changes after the elections. Until then, Belarus needs to look for savings (which will not be easy in the election year) and try to keep at least part of Russian subsidies. In short, Lukashenko has no other choice but to weasel and play for time in relations with increasingly impatient Russia.

Author:
Grzegorz Kuczyński – graduate of history at the University of Bialystok and specialized Eastern studies at the University of Warsaw. He is an expert on eastern affairs. He worked as a journalist and analyst for many years. He is the author of many books and publications on the inside scoop of Russian politics.