Great Game over the INF Treaty

The order of events was not accidental: first, the Western press was informed that U.S. National Security Advisor John Bolton had pushed for President Donald Trump to withdraw from the INF Treaty with Russia. Shortly after, such a decision was publicly announced by the American leader before Bolton’s long-planned visit to Moscow. During his two-day trip, U.S. security chief held meetings with Russia’s top officials. It does not come as a surprise that their talks were dominated by the future of the INF deal. Bolton announced that Trump and Putin would meet in Paris on November 11 where the two are expected to attend events to commemorate the centenary of the end of World War One. Thus, it will be their first bilateral meeting since the famous Helsinki summit in July. It seems that Bolton presented some proposals and conditions to the Russians whereas Putin is supposed to consider them before holding talks with his American counterpart in the French capital. 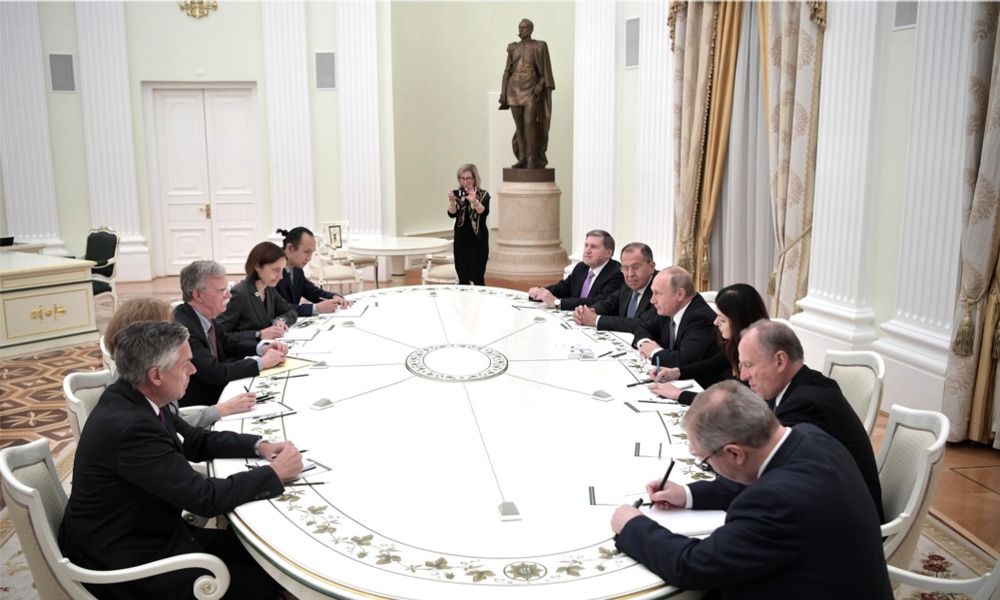 The INF Treaty was signed by U.S. President Ronald Reagan and Soviet leader Mikhail Gorbachev on December 8, 1987, in Washington, DC. The agreement provides for liquidating intermediate-range ballistic missiles and medium-range missiles as well as it forbids to produce, possess and launch ground-launched missiles of a range between 500 and 5,500 kilometers. Nonetheless, in 2008, it was said that Russia had been in violation of the landmark treaty as it had been developing the Novator 9M729 (SSC-8) cruise missile. The issue has been widely discussed both by the United States as well as the North Atlantic Alliance. On October 20, President Trump said his country would intend to pull out of the joint agreement. Officially, this was due to the attitude of the other party to the deal; nonetheless, it should be remembered that some world countries are willing to expand their arsenal of medium-range missiles, capable of transferring nuclear warheads. Washington claimed that the main threat in this respect would be China, nonetheless, the state is not a party to the INF agreement. This is why the U.S. administration seeks to discuss a new multilateral deal based on the hitherto treaty. Nevertheless, such an undertaking seems already doomed to failure as China will not agree to adopt a similar agreement; the country’s nuclear potential is essentially based on medium-range ground-launched missiles, which are said to amount up to 90 percent of China’s nuclear arsenal.

Nonetheless, there is a long way to go before the United States will actually withdraw from the treaty. Therefore, Moscow is aware that such attitude may be Trump’s yet another game while U.S. threats of pulling out of the deal are just an argument in the joint negotiations on some other issues. Bolton’s visit to Moscow was perceived in similar terms; U.S. National Security Advisor held talks with his Russian counterpart Nikolai Patrushev as well as Foreign Minister Sergey Lavrov, Defense Minister Sergei Shoigu and President Vladimir Putin. Bolton introduced them to the American stance on the INF Treaty. If anything can change in this matter, after Putin’s conversation with Trump in Paris where they will meet at World War One centenary commemorations. while their meeting will take place on the sidelines of the summit. Yet any breakthrough is unlikely to happen, the more so Russia expresses its disappointment with the U.S. policy following the July meeting in the Finnish capital. During the talks with Bolton, Putin stressed out that Moscow was surprised by the steps taken by the United States, which according to him, cannot be referred to as “friendly”. Thus, Putin may find it difficult to get along with Trump during their Paris meeting, also in the case of the INF Treaty. Both the lack of U.S. concessions as well as the declaration to pull out of the INF Treaty seemingly strengthened the”party of war” in Moscow while stiffening Putin’s expected positions at the Paris talks.