Rising tension in the Sea of Azov

In September and October, Ukraine was finally reacting to Russian provocations in the Sea of Azov: interruption of shipping to Ukrainian ports and a drastic increase of the Russian presence in the sea. Kiev deploys subsequent vessels in the Sea of Azov and strengthens the defensive forces of the coast. The issue was also discussed by the European Parliament. However, it is rather unlikely that the alarmist speech given by Federica Mogherini will produce a result expected by Kiev: new sanctions against Russia. 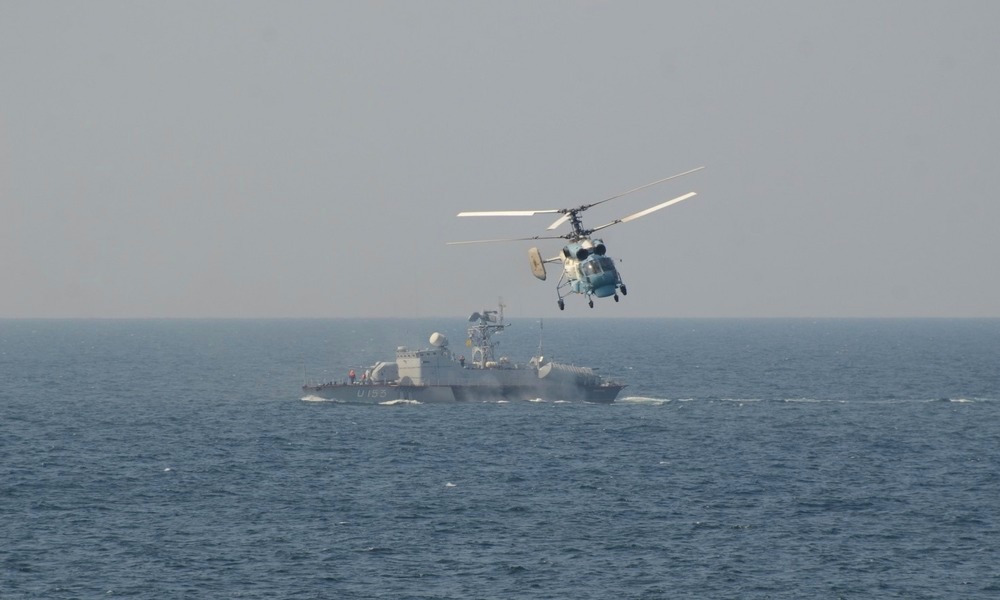 In the last half year, Russia has stopped for inspection over 200 ships in the Sea of Azov – Federica Mogherini, head of the EU diplomacy said on October 23 in the European Parliament, expressing her concerns caused by the militarisation of the sea by Russians. Mogherini’s statements confirm the words of Kiev which is appealing to the EU and NATO for subsequent sanctions against Russia. Russian vessels are blocking the access to Ukrainian ports which impairs the economy of the state. The situation in the Sea of Azov aggravated after the opening of the Russian bridge over the Kerch Strait which divides the occupied Crimea and Russia. After that, Russians started implementing new methods of inspection of cargo ships sailing from or to Ukrainian ports in the Sea of Azov. Sometimes, the inspection lasts for several days which is impairing trading. Meanwhile, Russia is developing its military potential in the Sea of Azov by reinforcing the Black Sea Fleet forces, coast guard units and even deploying several units of the Caspian Flotilla in that region.

As a response to the aggressive actions taken by Russians, Ukraine has finally started strengthening its forces in the sea. In September, the units in the Sea of Azov were reinforced by several hundred officials and soldiers of the special forces. On October 14, the Defender of Ukraine Day, president Petro Poroshenko announced that Ukraine had to be prepared for the defence against Russian aggression in the Sea of Azov. Kiev deployed in the port in Berdyansk (the second biggest port, after Mariupol, in the Ukrainian coast of the Sea of Azov) two additional warships: A500 Donbas and A830 Korets. They sailed across the Kerch Strait, near Russians troops. Sending these two units to Berdyansk is the first step to create there a new base for the Azov Flotilla. Earlier, two modern armoured artillery boats of the Gurza-M class were deployed in that sea region. Kiev is also considering the purchase of three Danish Standard Flex 300 patrol vessels. Ukraine received from the USA two Island-class patrol boats. Kurt Volker, the U.S. Special Representative for Ukraine said that the USA was ready to give additional weapons to Ukraine in order to reinforce the air defence of the Sea of Azov coastline. But it is very unlikely that the enormous Russian advantage in the sea will be balanced. About 70 units from the coast guard only are patrolling the region. Additionally, there are huge warships. Kiev can only count on deterring Russians from the idea of landing, both by reinforcement of the coast guard and diplomatic efforts in the EU and the USA.