A large deal between Moscow and New Delhi for the purchase of five Russian S-400 missile defense systems may mark a breakthrough in the Russian-Indian partnership. Moscow aims yet again to become a leading arms supplier in the Asian market, thus referring to the Soviet times. The Kremlin hopes to gain substantial political influence in southern Asia at the expense of the United States as its main opponent. Russian officials consider Putin’s trip to New Delhi as well as inking the deal to deliver S-400 air defense systems to be followed by subsequent defense agreements as the country’s major geopolitical success. 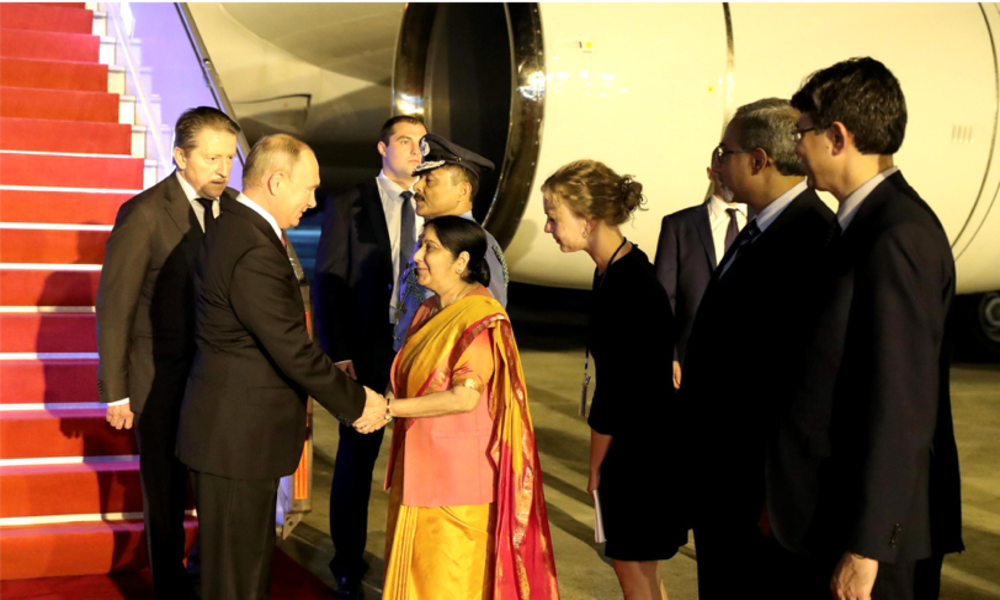 India and Russia are currently forging ahead with their military cooperation, as exemplified by the establishment of a new department under the auspices of the India-Russia Inter-Governmental Commission on Military Technical Cooperation. It aims to “significantly deepen” bilateral defense ties. The new body will essentially focus on increasing partnership between the armies of the two countries, reviving lost-lasting military programs as well as organizing visits and joint drills. Such information appeared shortly after the inking of an important arms contract between Russia and India.

In early October, Russia’s President Vladimir Putin paid a visit to New Delhi, accompanied by a number of Russian businessmen and ministers. The official reason for the trip was to promote trade between Russia and India; however, in fact, the two countries sought to discuss considerable arms deals. Moscow’s major objective is to deflect such a lucrative market that it lost after the end of the Cold War. Most importantly, Russia managed to sign a $5.43 billion contract on selling five regiments (ten batteries) of new and technologically advanced S-400 air defense systems. Back in October 2016, Russia and India have agreed to ink an agreement on S-400 missile defense systems during talks between President Putin and Prime Minister Narendra Modi in the Indian beach state of Goa. India is supposed to pay 15 percent of the deal amount at the time of the signing of the final contract while further settlement of the balance of receivables will rely upon subsequent delivery dates. The first S-400 set is to be commissioned within two years after the conclusion of the contract. For India, such a venture constitutes a vital step towards setting up a robust air defense system as Russia’s S-400 Triumph is referred to as the most technologically advanced system being able to simultaneously fight up to 10 aerial targets and to guide even up to 20 missiles. The Russian S-400 missile defense systems have a range of up to 400 kilometers.

However, the Indian government faces a great risk as Washington has already announced its readiness to impose bans on third countries under the CAATSA federal law if they transact with the Russian defense sector. Thus, facing such circumstances, Moscow may consider the fact of selling S-400 systems highly successful. Nonetheless, the Russian delegation failed to ink two other large deals during Putin’s trip to New Delhi, including those on selling 48 Mi-17V-5 helicopters and four frigates of the Project 11356. Both contracts are worth a total of 3.3 billion dollars while discussions between the two parties are currently underway.