Not Only Baltic LNG Plant: Close Ties between Shell and Gazprom

Regardless of Western restrictions against Russia, Anglo-Dutch oil major Shell continues – and even tightens – its cooperation with Russia’s state-owned company Gazprom. There have recently been reports of the planned purchases of shares in one of the fields on the Yamal Peninsula. Such a transaction might have constituted the main theme of an October meeting between representatives of Gazprom and Shell in St. Petersburg. Officially, the talks were supposed to tackle joint projects, including Sakhalin II, Nord Stream and Baltic LNG. 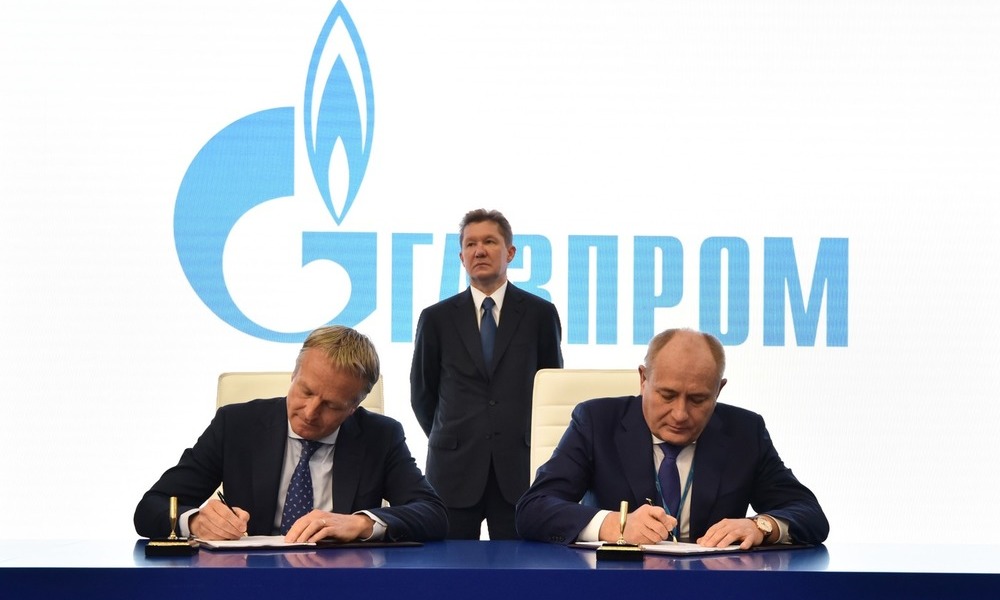 In mid-October in St. Petersburg, Gazprom’s CEO held a working meeting with the Royal Dutch Shell delegation. Alexey Miller and Shell’s executive committee member Maarten Wetselaar discussed their cooperation in some joint projects, including the Baltic LNG venture. Both parties reviewed the preparation process for the construction of the third train of the LNG plant within the Sakhalin II project. As noted in Gazprom’s release, “particular attention was paid to the continuation of the Nord Stream 2 gas pipeline.” Gazprom and Shell are involved in the Sakhalin II venture, which includes Russia’s first LNG plant. Apart from signing the memorandum to construct the next production train, both companies inked the Agreement of Strategic Cooperation. The Baltic LNG project envisages the construction of LNG plants with the annual capacity of 10 million tonnes in the port of Ust-Luga (Leningrad Region). In 2017, Gazprom and Shell signed a preliminary agreement to set up a joint venture to implement the project. On October 4, 2018, both companies signed a framework agreement on a joint Baltic LNG project.

A few days before the visit of Shell representatives in Russia, the Reuters agency reported that the Western company was in talks about purchasing shares in the oil and gas project from Russia’s Gazprom Neft. It is about shares in Tazovsky fields on the Yamal Peninsula. Their resources are initially estimated at 438 million tonnes of oil and 186 billion cubic metres of gas. The field is not large as the projected maximum oil output amounts to 2 million tonnes per annum, which translates into no more than three percent of Gazprom Neft’s current extraction. It has no major economic importance; nonetheless, its political significance should come first as such a state of matters would mean Shell’s first return to Russia in the last four years, even in spite of the existing sanctions. The transaction is more profitable for the Russian firm, not only for propaganda reasons, while it is said that Shell may be interested in getting as much as half of all shares. While for such an oil giant as Shell, half of the small deposit, which contains some cheap raw material, is not such important for the entire production process, it may significantly boost Gazprom Neft’s financial benefits. Such situation seems particularly important for Russian companies, as they have seriously hampered any possibilities of raising funds from their foreign partners. Gazprom Neft is subject to the U.S. government’s sectoral sanctions. Shell suspended some projects in the area of shale gas and oil extraction following the introduction of Western sanctions. Gazprom Neft plans to launch the Tazovsky project in 2021. It is intended to be a regular onshore oil field; in addition, it is not covered by any U.S. sanctions, which opens the way for companies that would be eager to cooperate with the Russians in shale, arctic and deepwater ventures.