Georgia in the face of challenges 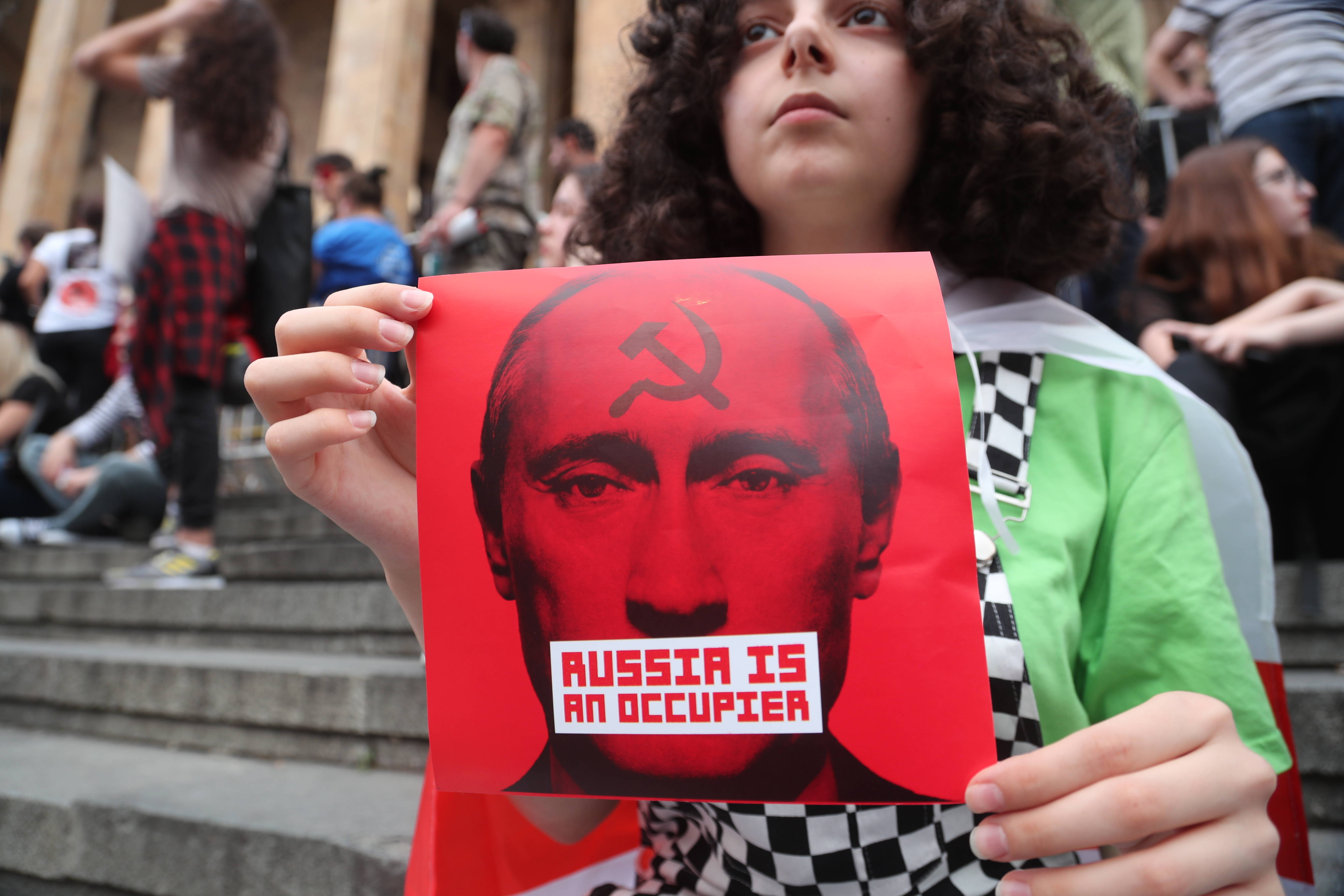 The Georgians have been successful in the fight against COVID-19 – as of August 5, only 1197 infections and 17 deaths were recorded in this country of four million. These results may, of course, be underestimated to some extent by the small number of tests carried out in Georgia, but the fact is that the strategy chosen by the authorities in Tbilisi has also brought the expected effect.

During the first wave of the disease, a state of emergency and a curfew were introduced in the country, borders were closed, selected epidemic outbreaks were isolated (later, the four largest cities were also locked down as a precautionary measure) and for the duration of the Orthodox Easter holidays, the authorities did not hesitate to ban the movement of passenger cars. To this day, despite a stable epidemic situation, most of the flight connections with foreign countries remain suspended. Despite the limited laboratory and hospitalization capabilities, the Georgians managed to quickly and effectively minimize the direct effects of the pandemic outbreak on their own society.

The example of Georgia is presented by selected global media as proof of the possibility of an effective fight against COVID-19, but this is only half the battle. The fact is that the authorities in Tbilisi are already facing further challenges. Therefore, the question is – to what extent will Georgians be affected by the economic and political consequences of the pandemic and to what extent it may destabilize the situation in the country?

The specter of recession

Georgia is no exception to the current economic development prospects and a recession is expected there too. Prolonged limitations and restrictions have had a tangible impact on the Georgian economy: numerous service outlets did not open until July, the GDP in the first half of 2020 contracted by 5.8% y/y, whilst a significant increase in the budget deficit and external debt is projected for the whole year. However, there appear to be several factors that will have a particular impact on the scale of economic problems in Georgia. These include, above all, the tremendous importance of the tourism sector, the high degree of dollarization within Georgian society and the widespread issue of excessive debt among the country’s citizens.

For many years, Georgia has been consistently developing its tourism sector, seeing visitors as an opportunity for the national economy. The dynamic development of the industry can be best described by numbers. Only between 2016 and 2018 the number of foreign tourists increased by as much as one-third (from about 5.4 to 7.2 million people). Immediately before the outbreak of the COVID-19 pandemic, it could be estimated that the broadly understood sector brought Georgians the equivalent of up to 8% of the country’s GDP. In this context, it is not difficult to understand how much damage will be caused by the current lack of tourist traffic in Georgia (the drop in July reached 95.8% y/y). These are both huge losses for hotels, restaurateurs, resort owners, but also a whole host of “ordinary” Georgians, who are dependent on what they can earn during the peak summer season for most of the year.

The seriousness of the economic impact on Georgian citizens is further demonstrated by a number of other indicators and data. First of all, a very strong dependence of the Georgian economy on the exchange rate of the national currency – the lari – against the US dollar remains an issue. This year, Georgian currency is the weakest in history, which results in, for example, increased prices of food products (the government has launched a special program for subsidizing food imports) or difficulties for citizens in paying off their loans (over 50% of the population is in debt, of which just over half of the loans are denominated in dollars). What is more, an overwhelming majority of Georgians declare a lack of savings, which, especially nowadays – in the face of limitations and restrictions in business operations – is of great importance. For the sake of completeness, it is worth adding that as early as in the spring, the Georgian government estimated that at least 350,000 citizens (almost 10% of the country’s population) would lose their jobs or take unpaid leave due to COVID-19.

Such a fragile stability of the Georgian economy provides fertile ground for a possible outbreak of protests in the country. Especially when considering that, according to the latest opinion polls before the COVID-19 pandemic (conducted by the National Democratic Institute), the level of social discontent in Georgia was already at a record high. The whole situation seems to be even more dangerous as Georgia has been in a serious political crisis between the opposition and the government for many months. Moreover, parliamentary election is to be held this fall which could encourage external provocations and attempts to destabilize the country.

Georgian politics plunged into crisis in June 2019, when massive street protests took place in relation to the visit of a Russian delegation to Tbilisi (the Russians took part in the so-called Interparliamentary Assembly on Orthodoxy). The wave of social discontent (the demonstrations were not only anti-Russian, but also anti-government in nature) was so widespread that the authorities decided to make concessions to the protesters and the opposition, promising to change the electoral law (the mixed system in force so far, clearly rewarding the ruling party, was to be replaced by a proportional model). Following this decision, the situation in the country calmed down, although as it turned out – only for a few months.

Already in the fall, the ruling party – Georgian Dream, twistedly withdrew from its earlier promise, leading to the rejection of the draft amendments to the electoral law. This triggered a new wave of protests, but also a boycott of parliamentary sittings by the opposition. The political stalemate was overcome only after several months of mediation by American and EU diplomacy. As part of the arrangements made in March 2020, it was agreed to keep the electoral system mixed, but with a significant reduction in the number of single-member constituencies (from 73 to just 30). Moreover, in order to minimize the risk of a disproportionate conversion of votes into parliamentary seats, it was decided to introduce a rule stating that only parties that obtain more than 40 percent of the total votes cast will be able to obtain a parliamentary majority.

Ultimately, the amendments to the electoral law were adopted by the Georgian parliament at the end of June 2020, although it was not clear until the last minute whether it would be possible to secure the 3/4 majority required in the event of a constitutional amendment. The uncertainty in this respect resulted from a different perception of the provisions of the March agreement by the opposition and the current authorities.

Already in the second half of April 2020, more than 20 opposition parties sent an open letter to Georgia’s foreign partners, indicating the need for the authorities to release the “political prisoners”: Giorgi Ugulava (former Mayor of Tbilisi under Saakashvili; sentenced by Supreme Court’s February verdict to 38 months in jail on charges of financial malversations between 2005 and 2013); Irakli Okruashvili (sentenced in April 2020, to five years’ imprisonment for inciting demonstrators to storm the parliament building in June 2019); and Giorgi Rurua (anti-government journalist, arrested in fall 2019 on charges of illegal arms possession). The case received considerable publicity in the US and the European Union, which ultimately led the Georgian President – Salome Zourabichvili, to pardon Ugulava and Okruashvili, although not Rurua, as he was not yet legally convicted. This was still not satisfactory for the majority of the Georgian opposition (the largest opposition parties – European Georgia and the United National Movement – boycotted the final vote on the bill), but it was enough to build the required majority of 113 votes in the parliament. Perhaps the mediation and pressure from Georgia’s western partners were decisive in this respect.

Crucial support from the West?

The above-mentioned example of the commitment of the USA and the European Union to stabilize the internal political situation in Georgia best shows today how important the support from the West is for the Georgian state. It is not only of an ad hoc, short-term nature (as in the aforementioned case of electoral mediation), but above all it remains calculated for a longer time period. There is no doubt that the prospect of Georgia’s further integration into Euro-Atlantic and EU structures is of particular value in terms of the country’s stability, being a subject of cross-party consensus. However, will it also remain the same after the COVID-19 pandemic and the looming major economic crisis?

First of all, from Tbilisi’s point of view, the main concern should remain the issue of a possible “reset” between the West and Russia, which the leaders in Moscow, but also in selected European countries, may additionally seek. It seems that the impending recession will be used to lobby for lifting sectoral sanctions against Russia and to try unfreezing the mutual relations (such tendencies were becoming more and more visible also shortly prior to the COVID-19 pandemic). If an actual “soft”, informal “reset” with Russia were to take place, in practice it would be another significant obstacle for Georgia to obtain any guarantees on future membership in the North Atlantic Alliance. Right now, in some western capitals, it is not a secret that further enlargement of NATO to the East should not necessarily be seen as desirable.

Secondly, an additional issue for Georgia may be the state in which the European Union will emerge after the current COVID-19 crisis, which is a key point of reference for Tbilisi in terms of development and modernization of the country. A possible further erosion of the European project will also hit Tbilisi’s integration with the EU, undermining the image of the West in the eyes of Georgian citizens. It seems that the Georgians are looking for stability, security and prosperity above all in the European Union and the upcoming crisis may contribute to a completely different picture of the situation in Europe. Especially since any crisis within the EU will certainly be actively publicized by Russian propaganda that has been operating in Georgia for many years, both through the media and NGOs, which primarily aims at discrediting the West in the eyes of Georgian citizens.

Overcoming the first wave of COVID-19 by Georgia is a considerable success, but the stability of the country is still under question. The accumulation of challenges – both economic and political – makes the involvement of the West particularly relevant today. The stability of the region and Georgia itself, but also the perception of the European Union among the Georgians in the coming years are at stake here. Paradoxically, the current crisis can also be seen as an opportunity for the EU to strengthen its own position within the Transcaucasia and to significantly increase the scale of its impact at the level of soft power.

This article was originally published on The Warsaw Institute Review, issue no. 13, 2/2020.