The Mobility Package and the future of European transport 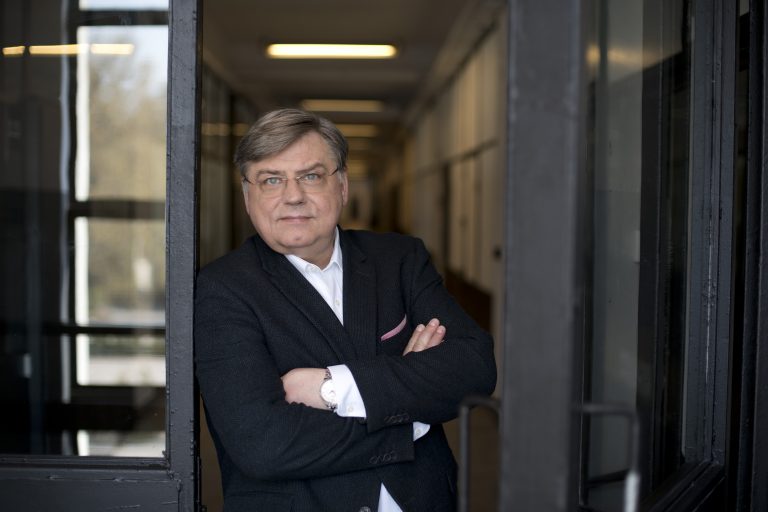 The EU institutions have been working on the Mobility Package for over three years. They started on May 31, 2017, when the European Commission presented proposals to amend several legal acts of road transport, and ended on July 8, 2020, when the European Parliament (EP) voted on reports pertaining to the Mobility Package whilst rejecting amendments proposed by many countries. The COVID-19 pandemic did not stop work on the European Mobility Package, which was officially approved by the Council of the European Union this April. The draft was voted through by the Council at first reading, with the opposition of nine EU countries, including Poland. Ultimately, on July 8, the European Parliament decided to reject all amendments to the draft. Thus, the whole legislative process was completed.

Berenika Grabowska: The Mobility Package is a set of regulations governing transport in the European Union, which standardizes the working conditions of drivers, posting of workers, road controls as well as access to the profession and road haulage market. According to your opinion – what are the most significant changes that the Mobility Package introduces?

Kosma Złotowski: The most important change is the extension of the provisions of the Posted Workers Directive to drivers carrying out part of their operations in international transport. Additionally, there are new obligations for carriers in terms of providing the drivers with appropriate rest areas or installing intelligent tachographs in light commercial vehicles (LCVs) with a gross vehicle weight under 3.5 tons. Furthermore, the Package includes a number of bureaucratic barriers for performing cabotage, which are supposed to practically exclude transport companies from Poland and other Central and Eastern European Countries (CEECs) from operating on Western markets. However, the most important change introduced by the Mobility Package is to halt, or perhaps even reverse, the process of economic integration in the European Union. For the first time, instead of removing barriers to free competition in the area of transport services, such a drastic attempt is being made to reduce it and damage the dynamically developing economies of the CEECs.

The solutions proposed first by the European Commission and then adopted by the Parliament were inspired by several Member States, including France and Germany, which wanted to protect their labor market from competition from Poland, Bulgaria or the Baltic States. And this division into the rich center of the EU and the peripheral countries was in fact visible until the very end and in every vote. Unfortunately, despite the proactive attitude of the Polish government in Brussels and the efforts of Polish MEPs from basically all political parties, a blocking minority could not be established. Diverging interests among individual countries were too broad. There was a moment during the work on the Package when a balanced compromise was reached in the Committee on Transport, but unfortunately, it was rejected by the EP. At subsequent stages it was problematic to find solutions that were equally balanced.

What were the arguments of the countries supporting the Mobility Package and do you consider them legitimate?

In the realm of declarations, the supporters of the Package, i.e. the restriction of competition among transport companies in the EU, explained the need to change the regulations through the necessity to protect drivers’ rights, especially with regard to salaries and conditions of rest on the road. This is, of course, just a smokescreen which was supposed to hide the real intentions of the supporters of economic protectionism. No one doubts that the job of a long-distance driver is hard and responsible, but at the same time the lack of proper infrastructure in France, Germany or Italy makes it virtually impossible to rest safely outside the vehicle. The Package, however, introduces such an obligation. The same applies to the accusation of using the so-called social dumping by Polish companies. This is patently absurd, because our carriers’ services have never been provided below cost. We compete in terms of salaries, it is a fact, but a similar mechanism is used by German retail chains operating in Poland. If any country from Central and Eastern Europe took the initiative to close solely western supermarkets for two days a week, it would be an object of ridicule. On the other hand, the Package provides for a cooling-off period after cabotage, e.g. in Germany, in order to limit competition for German carriers. This is patently absurd.

In that case – can we also look at it in such a way that the European Union introduces regulations which will likely be beneficial for some countries and unlikely for others?

Yes, of course. Although it was rather some Member States having used their influence in the European institutions to prepare and enact legislation that imposes a disproportionate burden on carriers from the CEE region. The European Union does not have its own interests and objectives. The Package was prepared with the intention of limiting the share of transport companies from Poland or Hungary in the European market. Entrepreneurs from these countries are to vanish, so that companies from France, Germany or Italy have more room for maneuver. For many small- and medium-sized companies this means the closure of their activities, because the costs of implementing the Package will be too high for them.

Did the elections to the European Parliament in May 2019 change anything in terms of the position of EU countries to adopt the Package? If we assume that the “old parliament” voted, would the process of implementing the Mobility Package be completely different?

Indeed, in the previous parliamentary term there was more understanding for finding a compromise on this significant issue. The road transport sector is vital for the smooth functioning of the whole EU economy. Thanks to it we have a highly efficient supply system and goods can be transported freely in the area between Portugal and Latvia. The European Parliament elected last year is, unfortunately, dominated by socialists and supporters of protectionism hence closing economic borders. For the countries of the so-called “old Union”, which have been in continuous crisis for years, this is the way to save their own labor market. In Poland, so heavily affected by real socialism, we know that this is the way to nowhere. Prosperity and economic growth could be built only through free competition.

Can “the ordinary man in the street” – a consumer – experience the changes that you are talking about? Does this mean that some products could become more expensive?

Certainly, because the cost of transport has a significant impact on the price of all products. This is one of the consequences of the Package, which is completely ignored by its authors and supporters. Consumers in Western Europe will be particularly affected by its consequences, because that is where, after the withdrawal of many companies from the market, including Polish ones, the supply of transport services will decrease thus their cost will increase. In my opinion, this will lead to a deepening of the crisis which is affecting the EU in the face of the coronavirus pandemic. It will be difficult to rebuild the European economy after many months of economic freeze if the transport sector does not function properly and on market principles.

How can Polish companies prepare for this new reality and these new regulations?

The discussion on the Mobility Package lasted over three years thus companies have been aware that the legal reality is changing for many months. An essential role is played by professional organizations that bring together transport companies and represent their interests in Poland and abroad. Thanks to their activity in Brussels and expert support, Polish entrepreneurs received detailed analyses of the adopted solutions right after the final vote. Of course, this does not change the fact that the new requirements imply new costs, and this is a huge problem for all carriers in times of the pandemic and decreasing number of orders. Fortunately, not all new obligations or regulations enter into force immediately; some of them will take effect in a few or more months. This gives time to analyze the market situation and take appropriate actions. I am certain that the Polish transport industry, which has become the most significant player on the European market in a few years’ time, will cope with these difficult circumstances.

Does the vote on July 8, 2020, in the European Parliament definitively close the possibility of changing the regulations of the Mobility Package that are unfavorable for many countries? Are there any more opportunities for these countries to modify the regulations?

The legislative process has been completed, but it is, of course, possible to amend the Package. The European Commission itself has announced that it will present an updated impact assessment of the adopted regulations, which may be the basis for formulating new legislative proposals. Several solutions adopted in the Package are clearly contradictory to the assumptions of the EU climate policy, e.g. the obligation to return truck to the country of establishment every eight weeks. Here, changes are expected or at least attempted changes can be anticipated. Of course, the adoption of the Mobility Package opens the way for Member States to file a complaint against the adopted legislation with the Court of Justice of the European Union. Several governments, including the Polish one, have already announced such submissions. The chance for a positive outcome for Polish carriers is quite high, because even the procedure used in the European Parliament is questionable.

This article was originally published on The Warsaw Institute Review, issue no. 13, 2/2020.