The Battle Over Energiewende. Will Berlin Defend Its Energy Influence in Europe?

Black clouds are hanging over the Energiewende, Germany’s planned energy transformation, and also a vehicle for achieving Germany’s political goals in Europe. Will Berlin defend its great project from failure? 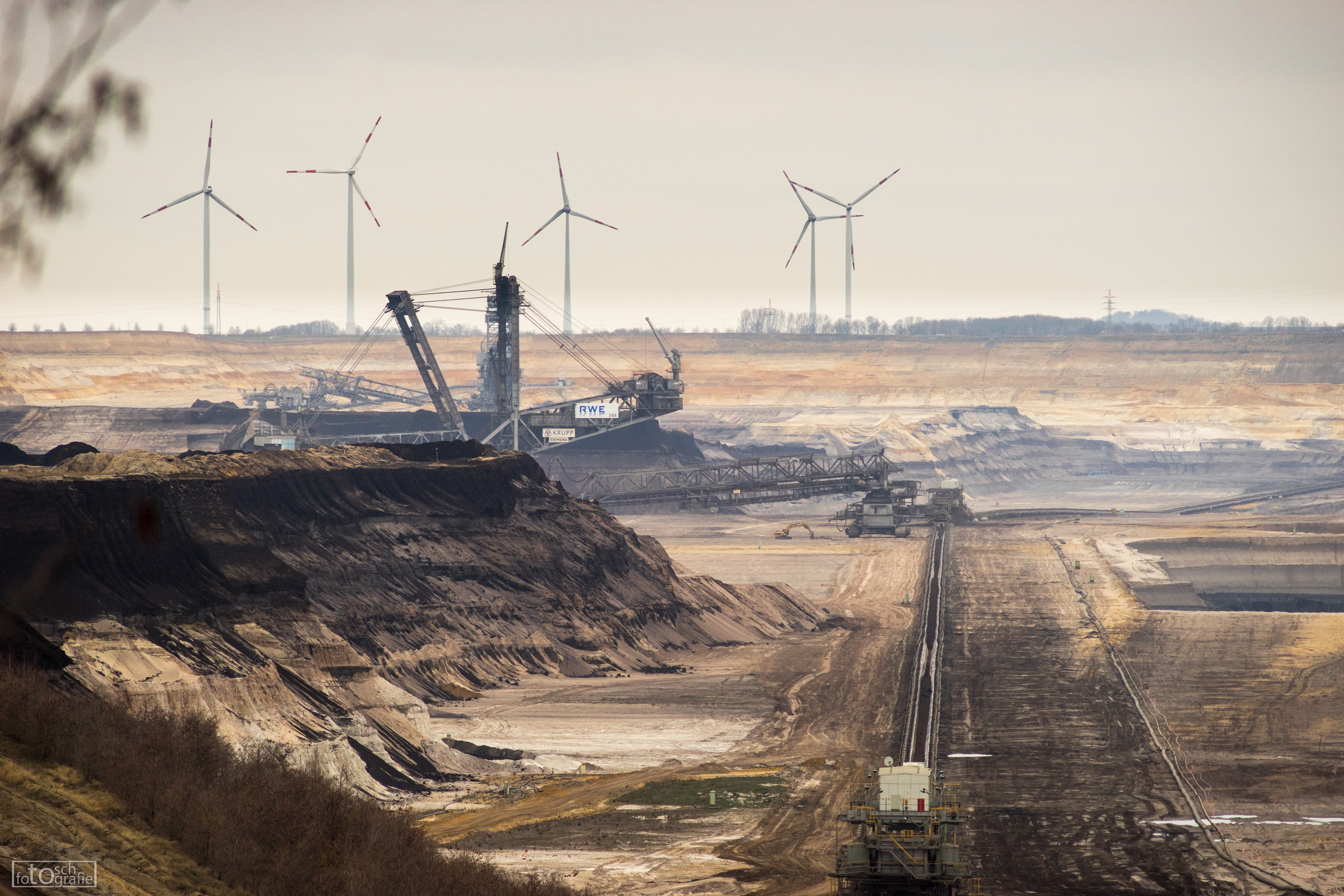 The Energiewende, a comprehensive energy policy implemented by Germany, is seen as a modern way of saving the climate and a responsible method of implementing pro-ecological economic changes. This is the official version, which has been developed over the years by the successive government teams in Berlin. However, a closer analysis of the Energiewende reveals that this image is just the effect of sophisticated propaganda machinery. The real picture of the German’s planned transition is far different from the common opinion – in fact, it has little to do with saving the climate. However, it is directly related to the strengthening and expansion of German influence in Europe.

First and foremost, contrary to propaganda, the Energiewende does not consider climate protection a goal. The German model of transformation assumes the shift from the coal-based energy (which is understandable considering the climate) and nuclear energy, which is the only large, scalable, and practically emission-free energy source. These demands contradict the findings of the Intergovernmental Panel on Climate Change, which stated in its report that nuclear power is needed to halt global average temperature increases.

Meanwhile, Germany aims to get rid of nuclear power much faster than from coal. The nuclear technology is to be phased out in this country as early as 2022 and coal-fired power stations as late as 2038. Moreover, Berlin wants to shut down its own nuclear units and oppose the financing of such plants from EU funds. For Germany, reducing nuclear energy potential in the EU is so important that the parties in power – the Christian Democrats and Social Democrats – have included anti-nuclear demands in their coalition agreement.

“We will demand in the European Union that the Euratom Treaty’s objectives regarding the use of nuclear energy be adapted to the challenges of the future. We do not want EU support for new nuclear power plants. We want to end all state fund stakes in nuclear power plants abroad. (…) the energy transition in a European context opens up the opportunity to reduce costs and use synergies. Our goals are additional growth and employment opportunities in Germany and international export opportunities for German companies.” With these words, the coalition members from the CDU/CSU and the SPD have made it clear that they intended to go beyond Germany’s borders with their anti-nuclear crusade.

Germany’s fight against European nuclear power is very noticeable today. A striking example of these actions is the dispute over the so-called taxonomy, the EU’s investment agenda from which Berlin seeks to remove nuclear energy. Moreover, at the end of November 2019, German MEPs from SPD tried to include an excerpt containing the announcement of the phasing out of European nuclear power plants in the EU resolution prepared for the COP25 summit. The most recent example of similar actions is the planned ban on the export of nuclear fuel to power plants over 30 years old, located less than 150 kilometerskilometres from the German border.

Why is Germany fighting nuclear power so actively? The answer to this question is also a real objective of the Energiewende: to strengthen Berlin’s economic and political influence in Europe by selling Russian gas pumped into Germany via the Nord Stream pipeline.

The functioning of every nuclear power plant in Europe translates into a reduction in the market for natural gas. This is the only (non-nuclear) way to stabilize the EU energy model advocated by Germany – a model primarily based on renewable energy sources. Meanwhile, Germany, which is already one of the largest gas sellers in the EU, with an annual volume of around 30bcm, will soon have at its disposal a powerful pipeline consisting of the Nord Stream (already in operation) and Nord Stream 2 (under construction) with a maximum annual capacity of 110 bcm. This ‘route’ is to be used to transmit gas, which currently passes through Ukraine, among other countries. The “blue fuel,” which will be delivered to Germany through the pipes on the Baltic Sea seabed, and will be sold to those neighboring countries that will follow the Energiewende’s energy transformation path. This is precisely what the German government wants when writing in the coalition agreement about the “embedding of the Energiewende in the European context.”

In other words: thanks to its infrastructure and position on the map of Europe, Germany can make use of Russian gas to build its own political and economic position. The raw material goes to Germany in large quantities and without any intermediaries. In addition, good relations with Russia make Berlin pay a very attractive price for gas fuel (lower than, for example, Poland, which is geographically closer to Russia). That is why Germans keep their hands on gas taps, and thus, they influence their prices and earn money as a result.

Turbulence in the plans of Berlin

The outlined plan, consistently implemented by successive German governments, has now encountered a number of unexpected and severe problems.

The first is the issue of US sanctions against the Nord Stream 2. American instruments effectively discouraged the Swiss company Allseas, which had been laying the pipes on the bottom of the Baltic Sea, from this project, thereby increasing the (already significant, due to Denmark’s conduct) delay in the work. The merger was to be completed by the end of 2019. It is now known that it will be completed perhaps even two years later, in 2021. Perhaps because the US is threatening to impose further sanctions that, if introduced according to media leaks, will make trading in Russian gas through Nord Stream 2 practically impossible. Such declarations were recently made by Senator Ted Cruz, who announced that laying the missing section of this connection by the Russians would entail “paralyzing sanctions.”

The failure to build the Baltic Sea gas pipeline on time was of great importance not only for Berlin but also for Moscow’s talks with Kyiv on a new agreement on the transit of ‘blue fuel’ through Ukrainian territory to the West. In the absence of an alternative route (and Nord Stream 2 was supposed to be such an alternative), the Russians had to come to an agreement with Ukraine. All this generated additional cost for the parties involved in Nord Stream 2.

Another problem for the German transformation is the stagnation in the renewables industry, the development of which is necessary to sustain the pace of transition. Meanwhile, in Germany, both the sectors of windmills and photovoltaic panels have fallen into crisis.  In the first three quarters of 2019, the number of new wind turbines in Germany fell to the lowest levels in almost two decades. Süddeutsche Zeitung wrote about the problematic situation in early September: “In the first half of 2019, only 86 turbines were connected to the grid in Germany. When not taking into account the equipment out of service, it turns out that only 35 turbines have appeared in the system. Hundreds of the windmills are stuck at the bureaucracy level, and legal proceedings are underway against them. The boom is not only over – it is threatening a recession.” On the other hand, the photovoltaic industry is demanding the removal of restrictions on subsidies, which are proving necessary to continue the growth of solar installations in Germany.

The slow development of RES in Germany may not only disturb the pace of transformation but also put the German energy system at risk. Andreas Schierenbeck, the head of Uniper, a German company, talked about these threats in his interview with Die Welt, a daily newspaper. He stated that Germany, which is simultaneously leaving coal and the atom, faces the risk of blackouts (power failure). As he said, the closure of coal and nuclear units “means that we will have a decrease in installed capacity equal to at least seven large power plants in the next three years.”

As early as 2019, Germany was dangerously close to a serious blackout. According to Handelsblatt, a newspaper, it faced the threat of large-scale blackouts three times in June 2019. This all took place on 6, 12, and 25 of June. The situation was difficult – it involved a power shortage in the system. The European network frequency decreased as a result, and Germany had to import power from abroad.

Another problem for the Energiewende, much less expected, is the coronavirus pandemic. The economic shock caused by the global crisis may slow down the pace of implementing the European energy and industrial transformation (the so-called Green Deal), extending the time of transition. This situation has caused not only the financial crisis but also serious disturbances in the natural resources market. According to the Clean Energy Wire service, the drop in demand for gas in Europe caused by Covid-19 combined with a mild winter of 2019-2020, has translated into overfilling of “blue fuel” storage facilities. This has affected its price – currently at a record low. Cited by CLEW, Jörn Higgen, analyst of Uniper, an energy company, says that the storage space will be exhausted in August. Gas suppliers to Germany, primarily Russian Gazprom, will then have to cut their output.

Will current problems thwart Berlin’s plans for the Energiewende? There is a chance of that, but not a very high one. The United States – for which Germany is still a key ally in Europe – is unlikely to introduce sanctions that would permanently stop the use of Nord Stream 2. This means that the pipeline will eventually be built. Germany is also on the right track to sort out the problems with its own renewable energy sources. There are already signals coming from Berlin that the authorities there have decided to increase the capacity of wind turbines and remove investment restrictions for photovoltaics. In turn, although serious in its consequences, the coronavirus pandemic will, at best, slow down the work on individual departments, and thus the implementation of the Energiewende strategy.

However, the EU’s increased enthusiasm for reshaping its economy towards climate neutrality is unlikely to cool down. The Green Deal, which sets the pace of the energy transformation in the European Union, is, for this organization, a question of identity, acting as a binder, a foundation for building European unity. This means that it will be the main driver for the EU’s agenda in the coming decades. This gives Germany the tools the country needs to continue to develop and extend its energy influence in Europe. This, however, does not go hand in hand with the interests of Eastern Europe.

This article was originally published on The Warsaw Institute Review quarterly, issue no. 13, 2/2020.