The coronavirus crisis and the ongoing oil price war have both taken its toll on Russia’s hydrocarbon trade. Russia’s state energy major Gazprom saw the worst outcomes as it has lost a portion of the European sales market, with ever-dropping gas prices. The decline in oil and gas export figures will certainly deliver a severe blow to Russia’s budget. 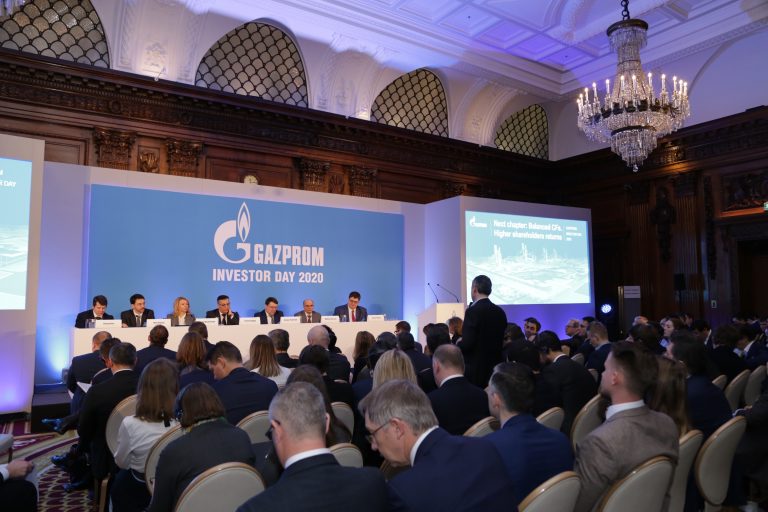 Russian energy giant Gazprom’s natural gas export revenue via pipelines decreased by 53 percent year-on-year in the first five months of 2020. Between January and May 2020, the energy giant’s revenues slumped to $9.7 billion, Russia’s Federal Customs Service, or FTS, said in a statement. The company’s gas exports saw a 23 percent slump, to 73 billion cubic meters, or bcm. Throughout May, the Russian energy major exported 11.9 bcm of gas worth some $1.12 billion in what was a 15 percent decrease month-on-month. 2020 is therefore set to be somewhat bitter time for Gazprom as the Russian gas behemoth is likely to see a drop in its figures. Also, throughout 2019, the Russian gas giant delivered 199.2 bcm of gas to the European Union, Turkey, and China, marking a 1.3 percent drop from record-high 2018 figures. Yet in 2019, it noted a 2.2 percent rise in gas sales to former Soviet republics, collectively referred to as the near abroad, to 37.7 bcm. The crisis did not spare the liquefied natural gas sector either. A combined export revenue of Sakhalin Energy and Yamal LNG decreased by 16 percent year-on-year in the first five months of 2020. In the January–May 2020 period, they traded energy commodities for a total of $3.4 billion, with a drop in revenues despite a 9 percent jump year-on-year in LNG exports. Russian energy companies sold 27.6 bcm of liquefied natural gas to their foreign partners.

Yet crude oil trades much worse than that. Over the January–May 2020 period, crude oil export revenues decreased by 33 percent compared to 2019, amounting to $33.7 billion. During that time, crude exports went down by 3 percent, to 104.4 million tons, with the tenfold slip that took place after oil prices had slashed globally. In May 2020, the country’s earnings from oil exports dived by 19 percent year-on-year to $3.6 billion, with their volumes going down by 12 percent, to 19.3 million tons. According to the data of the Russian Federal Customs Service, the volume of oil exports in the country decreased by 1 percent to 60.14 million tons in the January-May period. Yet Russia’s oil export revenues fell by 23 percent to $22.2 billion during that period. In May, exports of petroleum products went down by 16 percent month-on-month, to 12 million tons while revenues decreased by 15 percent, to $2.67 billion. Nonetheless, gasoline trades far better than diesel, with the collapse in diesel exports being damaging for the whole data for petroleum products.