Russia’s state-run gas giant Gazprom has recently increased spending on the implementation of its key projects, including Nord Stream 2 and Turkish Stream. This will eventually mean that the company’s debt is likely to deepen as the firm is no longer able to cover all investment expenditures from its own pocket, despite record gas sale revenues in Europe. The market has negatively assessed a policy, which seemed yet again to corroborate the fact that Gazprom is not a typical profit-oriented enterprise. Instead, it serves for the Kremlin’s purposes, also in order to subsidize the companies belonging to Putin’s friends with public money. 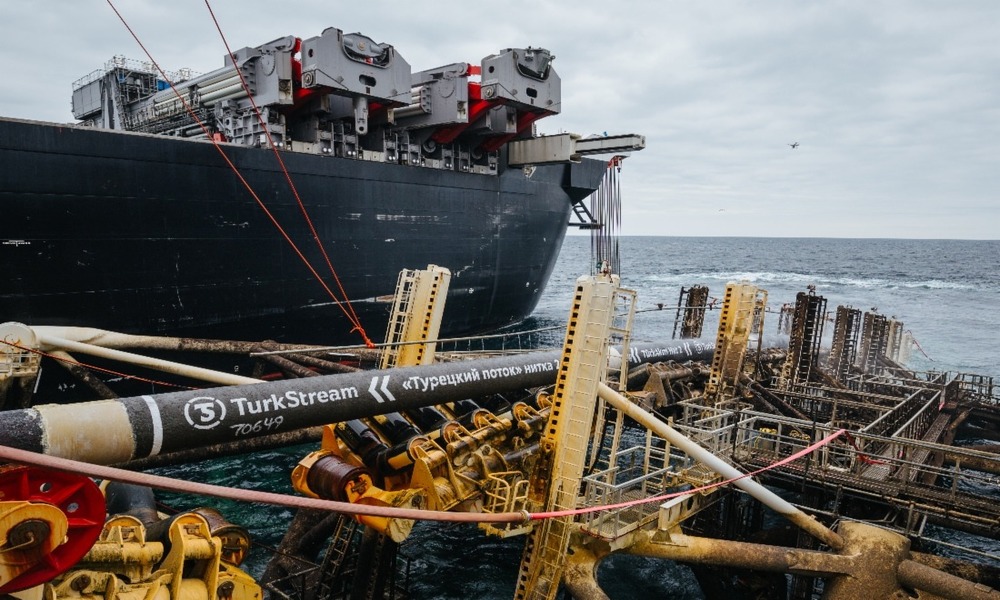 Gazprom is currently cut off from international capital markets. The issue of Eurobonds, planned for June, was canceled as the company’s authorities feared that all funds collected in this way could eventually be arrested. Even though, the firm is neither eager to save money nor to optimize losses. Quite the opposite, the group’s board of directors adopted amendments to the company’s budget and financial plans, according to which the total capital investment will rise above the initial assumptions by as much as 3.2 billion dollars. Gazprom is unable to cover all expenses from its own pocket, though. Although gas prices in Europe achieved the highest level in the last four years, which exceeds twice the already-planned standings (310 dollars per 1 thousand cubic meters, instead of 184 dollars as arranged before). Gazprom is increasing its already-record-breaking external debts. According to its investment program for 2018, the gas giant intends to get as much as 518 billion roubles (7.7 billion dollars) from external sources, thus amounting to 101 billion roubles (1.5 billion dollars) than initially planned at the beginning of the year. The money is needed first and foremost for the “Power of Siberia” pipeline (from Russia to China), the expansion of “Nord Stream 2” and “Turkish stream” gas supply network and, last but not least, the construction of an LNG receiving terminal in the Kaliningrad region.

Gazprom made the fact of increasing the investment program’s value its end-of-the-year tradition: in 2017, the company was said to spend 911 billion roubles while in September the amount raised to 1.128 trillion roubles. Such growth in investments is not due to inflation or any other serious circumstances nor will it dramatically accelerate the commissioning of the export pipelines. Most investors are thus reluctant to observe such a policy. In the first half of the year, Gazprom worked “zero”. Its operating activities brought the company to 947 billion rubles of cash flow, of this amount, 791 billion rubles were spent on capital construction, while another 135 billion amounted to an outflow of financial liabilities. The gas giant is very likely to close the year with negative results. The concern’s subcontractors, including Putin’s close friends, Gennady Timchenko and Arkady Rotenberg, seem in turn to benefit from the debt increase as well as from the fact of allocating billions for the construction of gas pipelines. Gazprom has therefore become a very effective tool for transferring public funds to private companies. Naturally, great financial rewards are given to the company’s management personnel. In the first half of 2018, the revenues of the company’s sixteen top managers increased by 24.4 percent compared to the same period of 2017. The members of Gazprom’s Management Committee were awarded a total of 1.67 billion roubles, of which 1.58 billion roubles in the form of bonuses and other financial prizes.