For the second time in less than two months, Gazprom recorded a remarkable leap in value in one trading session. On July 25, the company’s shares on the Moscow Stock Exchange increased by 6 percent in a few hours, reaching nearly 300 billion roubles. This time, investors rushed to purchase Gazprom’s securities alarmed by speculation that unknown investors could buy a block of shares from subsidiaries of the concern. The buyers considered that the ones planning this purchase had some knowledge that it was worth it. Hence the increase in the share price. As a result, Gazprom became Russia’s most expensive company again – the status it lost just a week earlier. 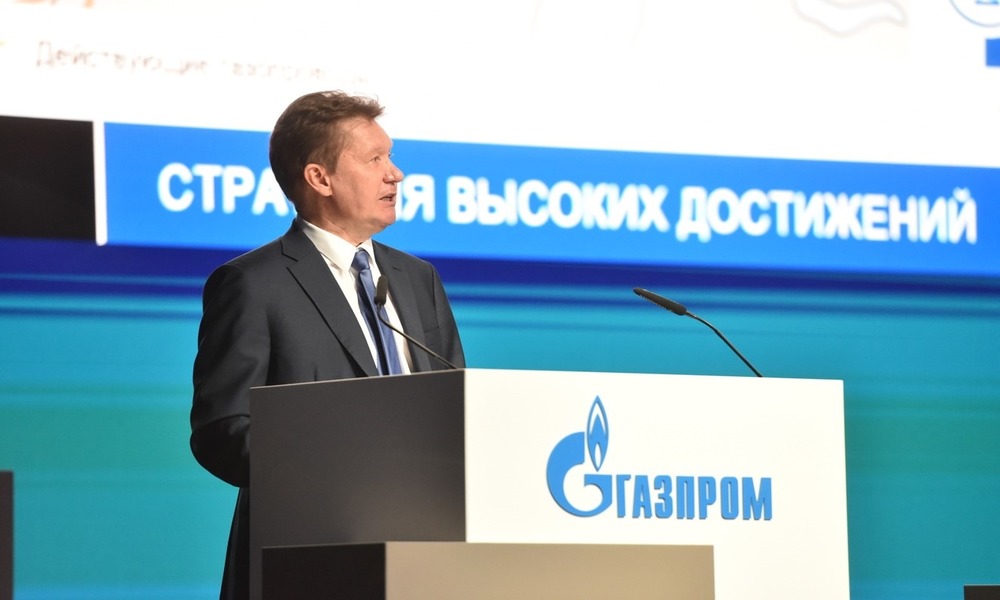 Before the opening of the stock exchange on Thursday, Gazprom announced that its two subsidiaries intend to list a total of 2.93 percent of Gazprom’s shares on the stock exchange. Naturally, following this information, the quotations of the company’s securities immediately became cheaper. At the opening of the session, the price fell by 2.8 percent, and then it started to rise sharply. In a few hours, Gazprom’s share price went from 208 to almost 229 roubles for one. As a result, after 5 p.m., the company’s capitalization exceeded 5.3 trillion roubles (nearly $84 billion). Market participants have apparently come to a conclusion that the shares put up for sale would not reach a wide range of investors, but the buyers chosen beforehand. This may be proven by the fact that the bank responsible for the transaction, Gazprombank, did not warn the market about the planned sale of the block of shares. The investor (or a group of investors) who was supposed to buy a block of shares remains unknown, but it certainly would not be undertaken without any prospect of selling these shares at a profit in the future. This conclusion drummed up the whole market and prompted investors to buy Gazprom’s shares on the stock exchange. On Friday, July 26, Gazprom issued a communiqué on the finalization of the announced sale of 2.93 percent of the concern’s shares by Gazprom Gerosgaz Holdings B.V., a company registered in the Netherlands, and Rosingaz Limited, a company registered in Cyprus. The name of the buyer was not specified in this information.

This has been the second similar maneuver in recent years consisting in manipulating the value of Gazprom’s stock. At the beginning of June, in just one day, the concern’s value increased by 17 percent, left Sberbank behind in terms of capitalization, and again became the most expensive Russian company. It was then that the market reacted to the rumors about the planned change in the management of the company, headed by Alexei Miller. This information seemed to be all the more credible as there had been a series of personnel changes in Gazprom’s Management Committee before. However, the change of the head of the company did not take place, and the capitalization decreased from 5.6 to 5.3 trillion roubles. Despite this, Gazprom initially remained the most expensive company in Russia (capitalization of Sberbank – 5.2 trillion roubles, Rosneft – 4.5 trillion roubles). Sberbank was again ahead of Gazprom on July 17, when the shares of the gas monopoly dropped by 7 percent following the information on the size of dividends being paid out.

Before the financial crisis of 2007–2008, the market value of Gazprom amounted to $360 billion. The management then announced that it would reach the level of $1 trillion. The breakdown thwarted these ambitious plans, and then (from 2014) the crisis on the oil market added to that. By 2015, Gazprom had lost about $300 billion in its value. The capitalization amounted to only $51 billion. Today it equals over $80 billion. Gazprom’s subsidiaries hold 6.64 percent of the concern’s shares. Now 2.93 percent of them, worth more than 130 billion roubles, are to be put up for sale. The money is needed to pay out a record-breaking dividend (the significant part of which will be transferred to the state budget) and to implement investments, including costly gas pipeline projects (Nord Stream 2, TurkStream, Power of Siberia). Analysts expect that the remaining shares of the parent company (3.71 percent) will be sold by subsidiaries next year. Even after that, the state will still have control over Gazprom. Through the state-led Federal Agency for State Property Management (Rosimushchestvo) and its majority stake in Rosneftegaz and Rosgazification, the state holds 50.23 percent of Gazprom’s shares.