As reported, Russian state-run gas giant Gazprom may find it difficult to realize its 2019 budget, which is due to lower gas prices than initially anticipated by the Russian firm. To make matters worse, sales of Russian-sourced energy have recently slumped while export figures, which began to drop sharply in the autumn of 2018, keep reflecting downward tendency. This is a significant blow to Gazprom as it is now supposed to finance its large pipeline endeavors. 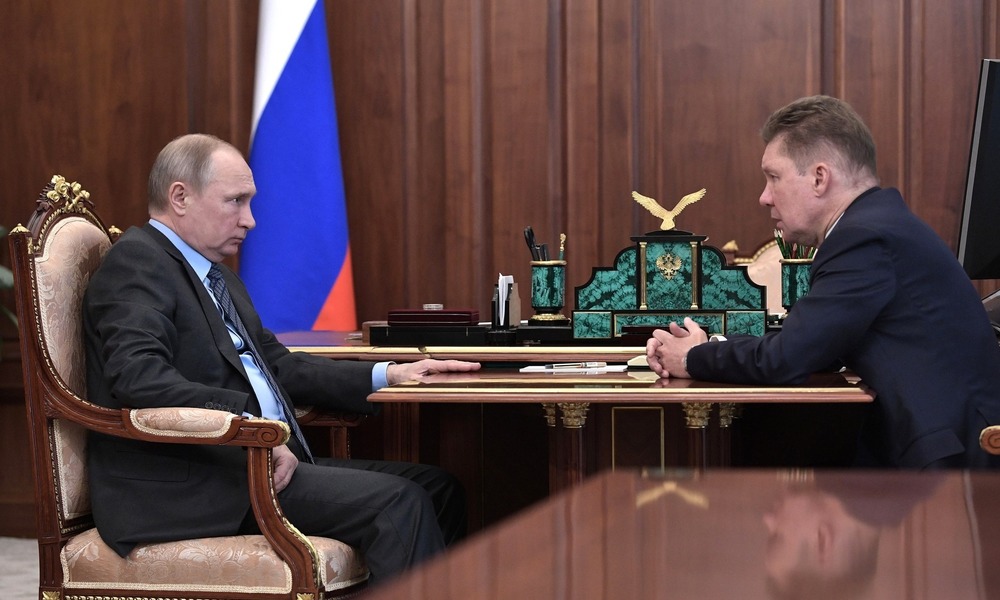 In February this year, total gas shipments to the European Union diminished by 13 percent. It was a blow also to Russian Gazprom that was prevented from delivering comparable gas volumes as those last year. This came as an aftermath of mild weather condition in Europe and an economic crisis in Turkey. In the first half of February, Russian gas exports decreased by 8 percent and gas sales to Turkey via the Transbalkan pipeline curbed by 82 percent within the first twenty days of the months. In early March, Europe-based gas storage facilities utilized no more than 43 percent of their total capacity, compared to 33 percent in the corresponding period last year. The drop in gas exports has aggravated the already tense situation of Gazprom’s budget that has now to finance the costly construction of gas pipelines to China, Turkey and Germany. Moreover, at the beginning of 2019, gas prices in European hubs dropped much below the level assumed by Gazprom’s annual estimates. In late February, day-ahead gas prices on the Dutch TTF hub fell below $200 for 1,000 cubic meters. Compared to August 2018, prices slumped by one third, hitting its record low levels since 2017. Russian government’s official forecast set the price at $233 that is even higher under Gazprom’s estimates. In December 2018, Alexander Medvedev, who served as the company’s deputy chief executive, said it stood at $248. Gas prices in Europe are also shaped by the current situation in Asia, where weather conditions are also mild while due to China’s reduced gas demand, some of the LNG carriers need to be redirected to other markets, mostly European ones.

At the end of February 2019, Director General of Gazprom Export Elena Burmistrova said that average export price for Gazprom gas may stand at $230-250 for 1,000 cubic meters in 2019. She asserted that the firm was ready to achieve the historic result it obtained back in 2018 when Gazprom’s total exports figures reached over 200 billion cubic meters (bcm). The problem is that Gazprom’s actual figures were much lower than what the firm officially reported. As it later turned out, the gas giant’s report, according to which the firm sold 201.7 bcm to foreign recipients, proved unreliable as it scored no more than 196.8 bcm. To “boost” statistics and exceed the boundary of 200 bcm, Gazprom was forced to sell blue fuel supplies to itself. Back in June 2018, Gazprom’s CEO Alexei Miller the Russian gas exports may exceed a record-high result of 200 billion cubic meters before the end of the year. Miller based his optimistic forecast on excellent results Gazprom got in the first six months of 2018, trading 101.2 bcm outside Russia. The situation deteriorated last autumn when Gazprom experienced a large drop in gas exports in the second half of 2018 that decreased by 6 percent in October and 12 percent a month later. Turkey’s gas purchases have halved and the company’s December figures were also too weak to make Miller’s forecast reliable. Surprisingly enough, on December 27, Gazprom managed to hammer out a deal to sell gas volumes worth a total of 1.2 billion euros to Austria and the Netherlands where the Russian gas giant has large storage facilities. The gas stocks have never reached their recipients, though; as informed, a total of 1.1 bcm of gas (compared to 2.6 bcm a year before) and 0.99 bcm (compared to 1.7 bcm) were sold from the Dutch and Austrian facilities respectively to Gazprom Marketing&Trading, one of Gazprom’s subsidiaries. Given the overall financial amount, it was about selling 4.9 billion cubic meters of raw material and if to deduct the above sum of 201 bcm of gas, actual export figures amounted to 196.8 bcm so only 2.2 bcm, or 1.2 percent, more than in 2017. Gazprom has intentionally set its results at an artificially high level, fitting into the Kremlin’s information policy, according to which Europe needs more and more Russian-sourced energy.