Once completed in 2022, a gas link between Poland and Norway will hinder Russia’s Gazprom monopoly on gas supplies, putting an end to a phenomenon that has lasted for several decades. 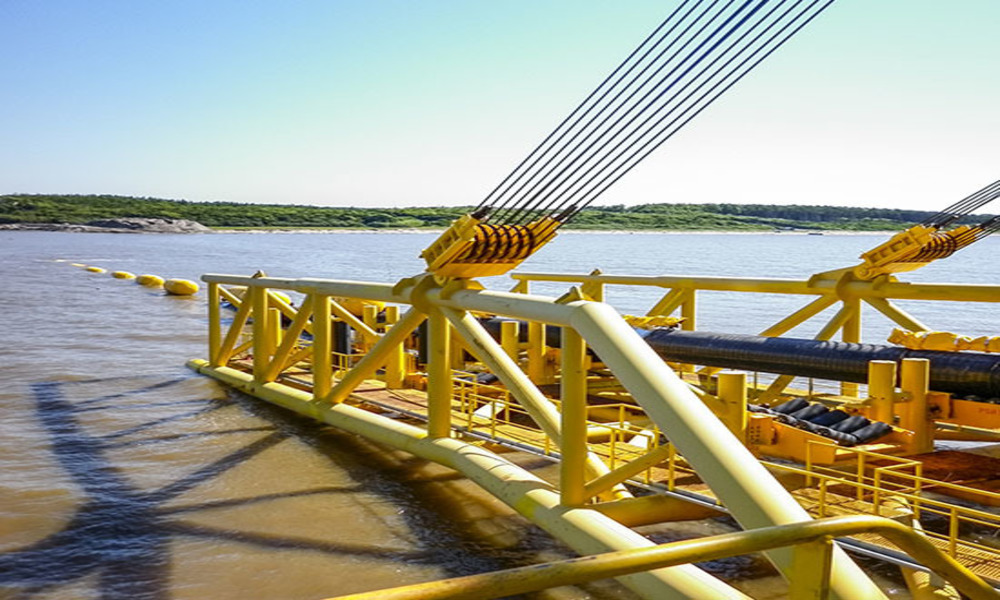 Dubbed as the “contract of the century”, the Yamal agreement, which is set to expire on December 31, 2022, provided for shipping Russian natural gas to Poland, accounting for 70 percent of the country’s overall gas volumes in 2019. Having acquired a wide network of oil and gas pipelines running from east to west, Poland, like any other Central and Eastern European countries, has been long striving for becoming independent of Russian-sourced energy. Over the past thirty years, the Kremlin turned off crude and oil supplies to Poland and other post-Soviet states in an attempt to retain political control over Central and Eastern Europe, an element of which is the Nord Stream pipeline running from Russia to Germany across the Baltic Sea. The project provides for obstructing further gas shipments to the EU Member States, bypassing Ukraine, Slovakia, Belarus and Poland.

Poland answered to Russia’s intention to uphold its reliance on Gazprom’s gas and attempt to impede a plan to establish a competitive gas market in Poland by launching by the late President Lech Kaczyński in early 2005 and late 2006 an investment plan that gradually attracted support in the country. In 2006, the gas supplies diversification plan boiled down to the President’s initiative to construct the first Baltic liquefied natural gas receiving facility, launched in Poland’s port of Świnoujście in 2016. From that time on Poland may import up to 5 billion cubic meters of gas, amounting to 30 percent of the country’s total demand. The LNG terminal in Świnoujście paved Poland’s way for hosting methane carriers that have continuously arrived from all around the world – mostly from the United States and Qatar. For American LNG exporters, Poland has become a gateway for Europe, thanks to which U.S.-sourced energy could be delivered further also to Ukraine, Slovakia and Hungary. Over the past several months, the Polish government has taken an important decision to boost possibilities of receiving liquefied natural gas, allowing the LNG terminal in Świnoujście to import up to 7.5 billion cubic meters of gas annually.

The Baltic Pipe link is another diversification endeavor that results in building gas corridors running from north to south that Central and Eastern Europe seems to lack. In 2006, the late President Lech Kaczyński and Piotr Naimski, who served as Deputy Economy Minister at that time, pushed ahead a plan to reactivate the project. Nonetheless, it was suspended for several years due to political reasons while it was not launched until 2015 after an unsuccessful geopolitical rapprochement between Poland and Russia in 2007–2015. The construction of a gas link running from Poland to Norway’s gas fields has entered a decisive phase of the investment. The link will enable to carry 10 billion cubic meters of natural gas to Poland annually. The actual investment work is set to begin in several months while it is scheduled to start in 2020 and end in 2022. A considerable part of Norwegian-sourced gas is to be extracted by PGNiG, a leading Polish gas firm, which has an upstream subsidiary in Norway already in charge of exploring Norway-based natural gas fields. Furthermore, the Baltic Pipe project enjoys wide public support from Poland as well as from the European Commission and the governments of Denmark and Norway.

A projected gas link between Poland, Denmark and Norway provides for an implementation of the five major endeavors in the three countries. Its first part consists of laying over 200 kilometers of the Baltic Pipe on the bottom of the Baltic Sea to provide a connection between the Polish and Danish gas transmission systems. The investment is linked to the ever-going development of a gas transmission system in Poland that enables to deliver energy supplies from a reception facility on the Baltic coast further to recipients across the country. This is the second part of a major gas connection project to link Norway to Poland while the remaining two provide for building a gas compressor station in Denmark and expanding Denmark-based transmission network. Baltic Pipe’s last part is the North Sea offshore pipeline to join Norway and Denmark.

A process of Poland’s infrastructural dependence on Russian-sourced energy will terminate on January 1, 2023 – so thirty-four years after an independent Polish state was established – making Poland a wholly secure state that will not succumb to plausible gas blackmail. A possibility to import 10 billion cubic meters of Norwegian gas and 7.5 billion cubic meters of liquefied natural gas via the LNG terminal in Świnoujście exceeds Poland’s overall demands for natural gas. It is noteworthy that Poland’s own gas production amounted to 4 billion cubic meters per year. Furthermore, infrastructural capabilities and shipments of blue fuel from the north through the Baltic Sea will pave Poland’s way of emerging as a regional gas hub for Central and Eastern Europe. It is thus worth considering to implement strategic plans to increase U.S. gas exports to Ukraine and other post-Soviet states, all the more so that they face a threat to be cut off from Russian energy once the Nord Stream pipeline becomes operational. One of the ventures consists of setting up another gas facility on the Polish coast, increasing energy security in this part of Europe.

A member of the Energy Security Team at the Chancellery of President of Poland Lech Kaczyński and a former Vice President of the Management Board of PGNiG S.A.