Gas and Espionage: A Scar on Russia-Austria Ties

Austria has issued international arrest warrant for a Russian man named Igor Zaitsev. He is believed to be linked to the case against a retired Austrian military officer who was identified as a suspect who spied for Russia. Austria has ordered an arrest of a man to whom it referred as Russian military intelligence officer. It is likely to remain elusive, and it is also doubtful that the spy scandal will harm Austria’s ever-closer cooperation with Russia. 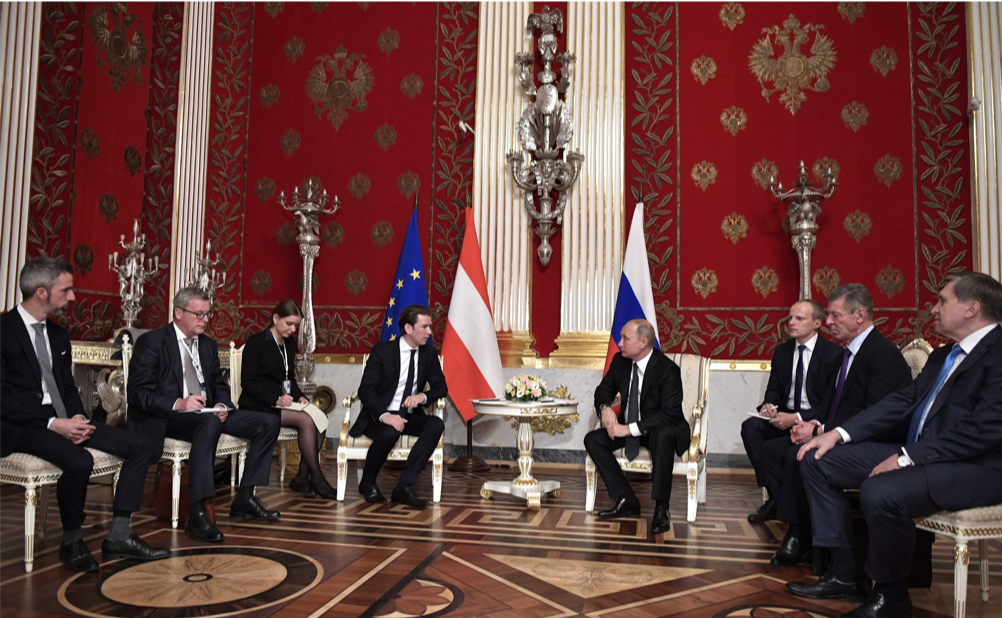 Austrian authorities confirmed on July 25 that they seek to detain Igor Zaitsev, a Russian national suspected of carrying out espionage activities in favor of the Russian military intelligence service. Salzburg prosecutor’s office ordered the arrest of a “65-year-old GRU officer,” issuing European and international arrest warrant, reads a statement of local police. Zaitsev is suspected of inducing a retired 70-year-old colonel of the Austrian army to carry out an intelligence operation to the detriment of Austria, to reveal state secrets and to deliberately give up military secrets. A retired Austrian colonel Martin M., who was detained in November 2018, cooperated with Russia’s military intelligence service since 1987, receiving the total amount of at least 300,000 euro. He spent the last five years before retirement working at the department of structural planning of Austria’s Defense Ministry in Vienna. Martin M. handed over classified information on air forces, artillery and migration crisis to Zaitsev whose name Austria has recently put on a wanted list.

Revealing a spying scandal should not harm Russia-Austria ties, all the more so that the fact of disclosing a retired Austrian colonel as a spy had not weaken bonds between Moscow and Vienna. Quite the contrary, their partnership is flourishing while Austria has emerged alongside Italy as one of Russia’s top allies in the European Union. This refers to both top-level political relations and economic cooperation between the two countries, as exemplified by many former senior Austrian officials landing lucrative posts in Russian companies. In July, Russia’s state railway company appointed the former social democrat chancellor of Austria (2016–2017) and the head of Austria’s national railway system Christian Kern to its management board. While serving as Austria’s chancellor in 2017, he attended the International Economic Forum meeting in St. Petersburg, saying that EU sanctions against Russia cost Austria about 0.3 percent of its GDP. In March 2018, Hans-Jorg Schelling, Kern’s compatriot and Austria’s long-serving finance minister, was tasked with performing consultancy work for the Nord Stream 2 gas pipeline project.

Austria-Russia cooperation has not suffered even after a political scandal that broke in Vienna, hitting FPÖ, Austria’s top party to cooperate with the Kremlin. Leaked footage emerged of Freedom Party leader Heinz-Christian Strache promising political favors to the Russians for party donations during the next election campaign. This, however, did not hamper Moscow’s relations with Vienna, especially given that all top Austrian political parties declare themselves as pro-Russian while the gas sector is the core of cooperation between the two countries. Austrian oil and gas company ÖMV is involved in the construction of the Nord Stream 2 energy project. The firm has additionally tightened its cooperation with Gazprom by making investments in Russian gas deposits.