Estonia: Ratas’ government still in office, failure of the opposition

After four months of the functioning of government, PM Jüri Ratas had to face the first vote of no confidence. The coalition consisting of Estonian Centre Party, EKRE and Isamaa rejected the motion of censure without problems. The fact that five deputies of the opposition did not take part in such important voting is a sign of its weakness. Even though the opposition together with President Kersti Kaljulaid will surely not manage to moderate the criticism of the coalition, it does not seem that the government is in danger. At least until the local elections in 2021. Then, Ratas may start calculating – especially if the current decrease in popularity of the Centre Party continues. 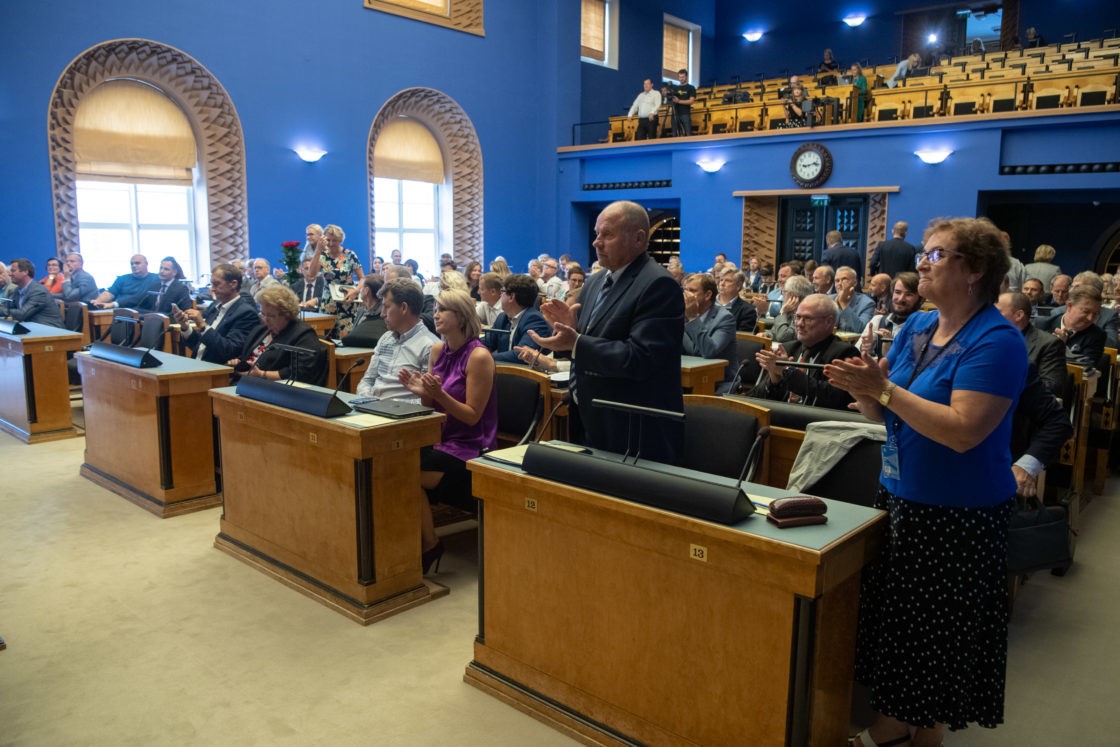 The first attempt to overthrow the coalition government of the centrists and rightists was not successful. Liberals and social democrats from the opposition did not reach sufficient support for the motion of censure on PM Jüri Ratas. A special session of Riigikogu (Estonian Parliament) was held on August 30 at the request of the Reform Party. Refomierakond is the biggest opposition party. In the parliament consisting of 101 members, the coalition of the Centre Party (Keskerakond), EKRE and Isamaa have the majority of 56 deputies. At least 51 votes were needed to recall the PM. 96 deputies were present. 40 deputies voted for, 55 were against. One deputy, Viktoria Ladõnskaja-Kubits, from the Isamaa coalition party did not vote despite being present. Five deputies from the opposition were absent: from Reformierakond (Johannes Kert, Eerik-Niiles Kross, Valdo Randpere) and SDE (Lauri Läänemets, Ivari Padar).

The main reason for the motion of censure on Ratas were the words of ministers and leaders of the member of the ruling coalition – Conservative People’s Party of Estonia (EKRE) who were demanding the deposition of the Police and Border Guard Board (PPA) chief Elmar Vaher in the recent days. His deposition was publicly supported by the Deputy Prime Minister and chief of the Ministry of Internal Affairs, the leader of EKRE Mart Helme and his son, the deputy chief of EKRE and Minister of Finance Martin Helme. According to the MPs from the opposition, mentioned politicians were trying to recall the chief of police without the knowledge of the PM and without following proper procedures. President Kaljulaid, who is critical towards the coalition, defended Vaher. The crisis was soon handled – PM Ratas assessed that after negotiations with leaders of EKRE the issue was clarified and Vaher’s position was not threatened. Nevertheless, the opposition did not resign from the attempt to recall the PM. While arguing the motion of censure, chief of Reformierakond Kaja Kallas was not hiding that EKRE, which gained much more power than expected from the number of its deputies in the coalition is the main problem of this government. According to the opposition, PM Ratas submits to the coalition member and the ruling coalition destroys the cohesion of society and the international reputation of Estonia, and ministers abuse their power.

The current coalition was formed after the parliamentary elections in March. Surprisingly, the alliance between Reformierakond and Keskerakond was not formed. The centrists, whose electorate majorly consists of Russian-speaking residents of Estonia, chose the alliance with the conservative-liberal Isamaa party and Eurosceptic and the anti-immigrant, national-conservative EKRE. The participation of the last grouping is the most controversial. In June, the opposition tried to recall chief of the Ministry of Internal Affairs Mart Helme but lost the motion of no confidence.