Donald Trump’s second impeachment trial – how did it happen?

On February 13, Donald Trump became the only US President in history to be impeached twice. However, no precedent was established – the former US president was acquitted. This article will answer the following questions: what is impeachment, what is its genesis, which presidents have been impeached in the past, and what led to the second impeachment. 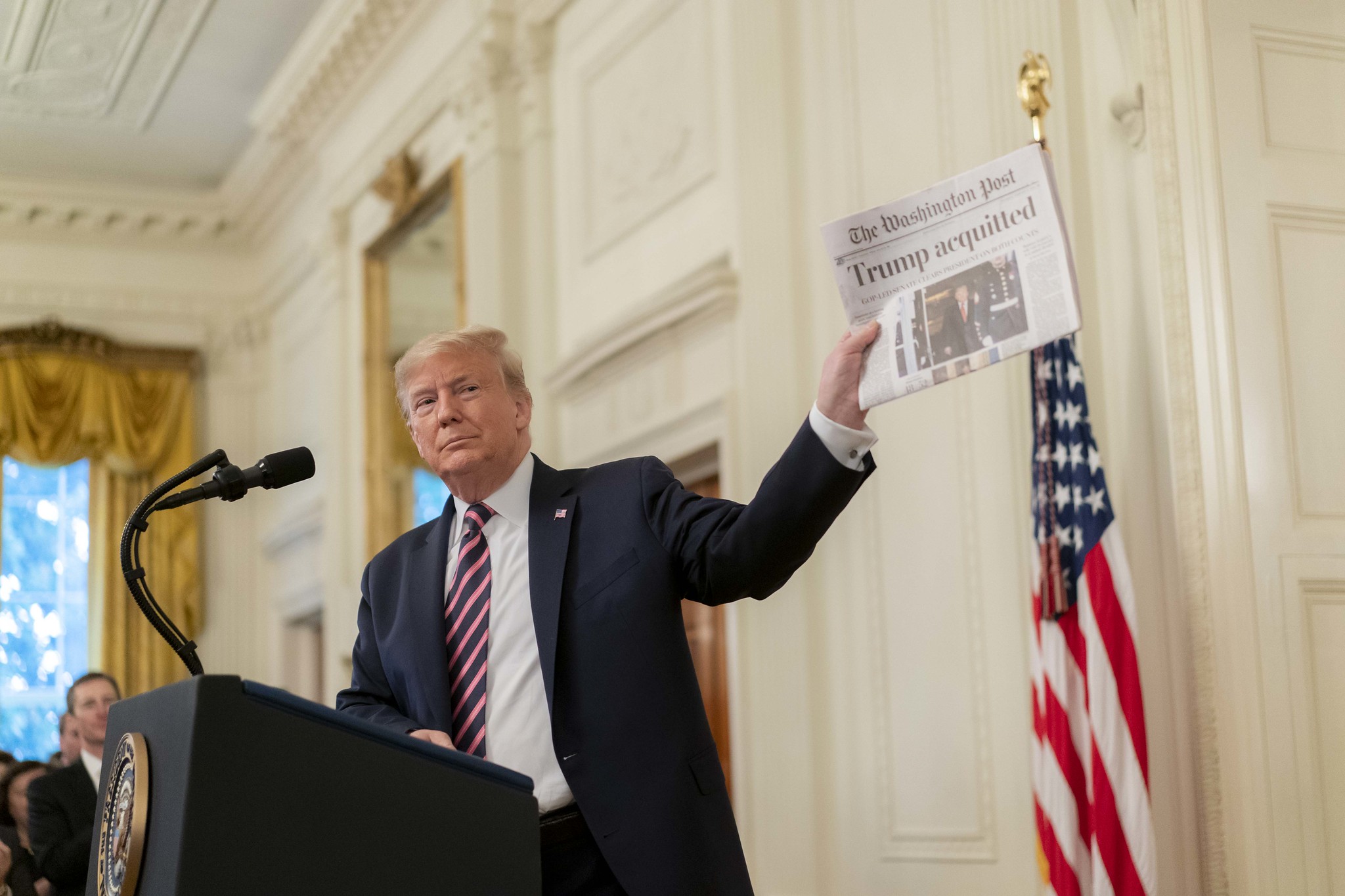 Impeachment originates from Anglo-Saxon law and is an act of arraigning a public official. When such a person commits a serious crime, the House votes upon impeachment and, if the motion is passed by a simple majority, the trial begins. Simply implementing impeachment proceedings does not mean that the president would be removed from office. Importantly, it is a political, not a criminal trial. This means that as a result of an impeachment, a president could be removed from office, but could not be send to prison. The Senate conducts an investigation and then a vote on whether to find the president or another official guilty or not of the alleged crimes. This requires a two-thirds majority in the Senate. Currently, it translates to 67 senators assuming that all 100 of them are present and voting.

The history of impeachment can be dated back to 14th century England, when parliament attempted to hold royal advisors accountable. Later, the idea was revisited in the 17th century due to corruption and scandalous behavior of the members of the court of Charles I of England. Towards the end of the 18th century, both England and the United States closely followed the trial of Warren Hastings, an official, taking place London. At the time, the founding fathers were creating the American Constitution. Consequently, impeachment was incorporated into the US legal system as a tool designed to control corrupt officials.

The first president to be impeached was Andrew Johnson in 1868, three years after he took office. Significantly, his term began after the assassination of Abraham Lincoln. The difficult social situation after the recent Civil War as well as the differences of opinion between the president, a Democrat, and the Republican majority, led to the president’s impeachment following numerous disputes. After a two-month trial, a vote was taken. In the end, Johnson was acquitted by one vote.

Other trials took place in the 20th century and mostly concerned judges. It was not until 1974 that another US President – Richard Nixon – faced impeachment in the aftermath of the Watergate affair. However, the Republican forestalled the Senate and resigned before the procedure was initiated.

The third case concerned Bill Clinton in 1998. The allegations included a sexual harassment lawsuit filed by Paula Jones and Clinton’s testimony in which he denied that he had engaged in sexual relations with White House intern Monica Lewinsky. It was proven that the President had lied under oath, and, as a result, an impeachment trial began. However, he was not convicted as the motion had been 22 votes short of the two-thirds majority.

Donald Trump’s first impeachment trial took place in late 2019. The upcoming presidential election and the related election campaign served as its background. Joe Biden, former vice president under Barack Obama, was said to be the strongest Democratic candidate, likely to win the upcoming presidential race, as early as in mid-2019. To weaken the opponent’s position, Donald Trump referred to the unclear circumstances of Joe Biden’s son, Hunter, appointment to the board of Burisma Holdings, a gas company operating in Ukraine. The controversial and vague details served as the basis for public accusations concerning the Democrat and his ties to corruption in Ukraine. However, there was no enough evidence to support these allegations. To prove his accusations, the former US president sent his lawyer to Ukraine, aiming to influence the Ukrainian corruption investigation. Simultaneously, in a telephone conversation, he pressed President Zelensky to help him with this case. At that time, the United States froze huge funds meant to aid Ukraine.

The president’s political opponents considered the above actions as the abuse of his public office for private gain, which, combined with obstruction of the Congressional investigation, led to the initiation of impeachment proceedings. Interestingly, even prior to the trial, Zelensky publicly denied that Trump put pressure on the Ukrainian government. After a three-week investigation, the Senate ultimately acquitted the president. Only one Republican voted against him being found not guilty.

The second impeachment, which ended on February 13, 2021, was also connected to the election. It was special since the outgoing Donald Trump became the only president to be impeached twice. Moreover, the investigation and the vote happened after Joe Biden took office. January 6 riot at US Capitol building, a reaction to the Democrat’s victory in the election, formed the basis for the trial. During this tense post-election period, the outgoing president gave a fiery speech to the crowd at the Capitol Hill in which he said he would not accept defeat, that the victory had been stolen from him. Additionally, he spoke about suspicious circumstances of Biden’s victory and the doubts surrounding mail-in ballot, which was favored by Democrats and opposed by Republicans. This includes numerous examples of past fraud, for instance, in October 2020 when nearly 50,000 voters received incorrect ballots. Furthermore, in the final hours of voting, Joe Biden surprisingly gained advantage in key battleground states, ultimately winning. As a result of these circumstances, the American public began to question the integrity of the election and Biden’s victory. Consequently, shortly after Trump’s speech was enthusiastically received, there was a riot and armed people entered the US Capitol, leading to the death of five people, including a police officer.

As a result of the above events, the House of Representatives accused Donald Trump of provoking insurrection and “inciting violence against the government of the United States” (these were the words of the indictment). In order for him to be convicted, the consent of at least 17 Republican senators and all 50 Democrats was needed. In the end, the former president was acquitted, although as many as seven Republican senators voted against him.

The second impeachment trial of Donald Trump aimed mainly to show the disapproval of the former president and his undemocratic actions, which, according to his opponents, he took. Some Democrats described these events as a betrayal of the United States and its values, because, according to them, Trump called for an armed seizure of power. Although these opinions are somewhat exaggerated, it is fair to say that the strong words of the former president at that time and place may have contributed to the subsequent tragic events.

Jakub Łyjak graduated in law at the Adam Mickiewicz University in Poznań and in economics at the Poznań University of Economics and Business. He also studied Business Administration (Betriebswirtschaftslehre) at the University of Münster (Westfälische Wilhelms-Universität Münster). He gained professional experience in legal sector and NGOs such as the Polish Entrepreneurship and Leadership Association and the Center for American Studies.