Nord Stream 2 is a Russian energy project intended for Western Europe. It is of strategic importance to Moscow because it strengthens the dominant position of Russia as the leading exporter of natural gas to the European markets. The pipeline is located in such a way that it bypasses the transit countries in Central and Eastern Europe (Poland or Ukraine), i.e., the territories where the main gas pipelines, supplying the rest of the continent, have been located so far. Such a solution would enable Russia to limit the political factor, which includes the unstable relations in the region (for instance, the relations between Russia and Ukraine). As a consequence of previous disruptions in gas supply to Ukraine, this energy source was likewise not delivered to Western Europe. 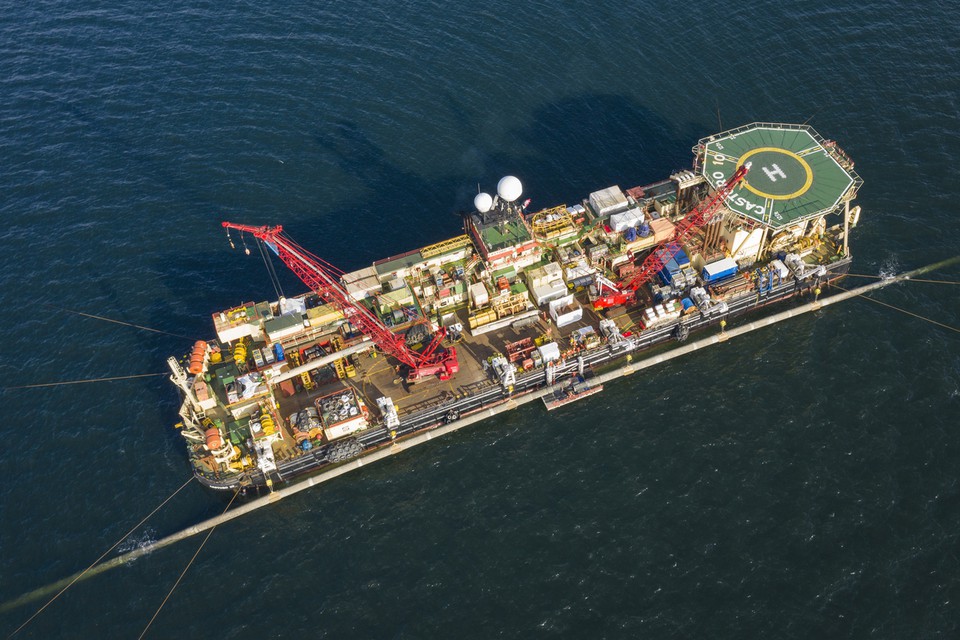 It seems that the position of the new American administration remains identical to that of Donald Trump in terms of sanctions against EU-Russia energy projects. White House Spokesperson Jen Psaki stated that President Joe Biden believes the Nord Stream 2 pipeline is harmful to Europe. Washington’s position is contrary to that of Berlin, which seeks to finish the project regardless of the position of the US.

Thus, it could be assumed that a number of sanctions against entities involved in the Nord Stream 2 project would be uphold. An example of such could be the pipe-laying barge “Fortuna” and its owner, who were subject to US sanctions for their activity in the construction of this gas pipeline. It seems that a new opening in relations between Germany and America, which was declared by both sides, would focus on matters other than the recognition of energy cooperation between Russia and some EU countries. This is not only due to strictly political but also economic attitudes. Washington is eager to export LNG to European markets, but the Nord Stream 2 project limits the demand for further supplies of this energy source to Europe.

How Nord Stream 2 divided the EU

The EU countries are divided when it comes to the matter of constructing new Russian gas pipelines. From the perspective of the Baltic States or Poland, such investments are geopolitical threats. This is mainly due to the European market’s dependence on Russian gas supplies. Nord Stream 2 would be capable of supplying 110 bcm (3,885 bcf) of natural gas to Europe annually. For comparison, Poland consumes only 16 – 17 bcm (565-600 bcf) of it every year. Hence, the need to search for alternative sources gas supplies to Europe seems economically unreasonable. Yet, concerns of Warsaw or Vilnius arise from the potential inability to negotiate prices with a supplier, which may become a monopolist that has a proper infrastructure to limit gas supplies to Central Europe without doing so to consumers in Western Europe.

In turn, the European Union, at the supranational level, considers the construction of Nord Stream 2 in the context of the political situation in Russia. As a result of the imprisonment of Alexei Navalny upon his return to Russia in January 2021 and the repression of the opposition in many Russian cities, the European Parliament adopted a resolution calling to halt the Nord Stream 2 project. However, this decision was not unequivocally supported by Germany, which continues to back the construction of the gas pipeline. Both Chancellor Merkel and the new CDU chairman Armin Laschet declared that the project is not jeopardized and they do not intend to change their position despite pressure from the United States and some EU countries. In turn, French Minister of State for European Affairs Clément Beaune stated that the Nord Stream 2 project should be put on hold due to Navalny’s arrest and the repression of the opposition in Russia.

Nevertheless, there seems to be a cross-party consensus in Germany not to link Navalny’s case with the construction of Nord Stream 2. In parliament, representatives of the CDU/CSU and the SPD supported a resolution condemning Navalny’s arrest. However, SPD leader Norbert Walter-Borjans stated that “linking support for Navalny and Nord Stream 2 is absolutely unacceptable.”

Germany is unlikely to withdraw from this project and would be willing to reach a consensus with its European partners and the United States. It can be assumed that the terms of the agreement would concern matters such as increased involvement of Germany in NATO or economic support for Ukraine from Berlin because, politically, Kiev is most likely to be affected if the pipeline is built. A potential solution would be to introduce a political cut-off in the case of Nord Stream 2 should Moscow halt gas supplies to Ukraine.

The Nord Stream 2 gas pipeline would be an important subject of talks between Berlin and Washington. Given Germany’s determination to finish this project, the improvement of transatlantic relations between Germany and the United States may be more difficult than previously expected. During his election campaign, President Biden had announced that one of the goals, in terms of international politics, is to improve relations with the key countries in the European Union – France and Germany. However, the dispute over Nord Stream 2 pipeline concerns one of the fundamental matters in transatlantic relations, i.e., a common policy toward Putin’s Russia. Washington’s stance on Nord Stream 2 is crucial for the countries located on the so-called NATO’s eastern flank. They are top strategic partners of the US whilst the North Atlantic Alliance is expanding its military infrastructure on their territory. This creates a dilemma for the US administration – establishing strong ties with the largest EU economies (France and Germany) may reduce Washington’s political role on NATO’s eastern flank. On the other hand, continuing projects in Central and Eastern Europe independently from France and Germany may lead to a polarization between the United States and the leading EU states, which in turn could negatively affect transatlantic relations. From Poland’s perspective, the US policy would need to be balanced – to support the key projects in Central and Eastern Europe, such as the Three Seas Initiative, and be capable of solving the dispute with Germany concerning the Nord Stream 2 pipeline. It is crucial, however, to unequivocally dismiss the possibility that this project would be used by Russia as a means of exerting political pressure on the Central and Eastern European states.

Author: Jakub Lachert
Jakub Lachert is a PhD candidate at the Faculty of Political Sciences and International Studies at the University of Warsaw. His research interests include: European Union neighborhood policy, including, in particular, Eastern policy, Eastern Partnership, Western Balkans in the process of integration with the EU.