Digital Cooperation between China and the Arab Leagues

On March 29, 2021, the Ministry of Foreign Affairs of China and the Secretariat General of the Arab League held a video conference on data security. During it, a joint agreement on China-Arab cooperation in this field was signed. 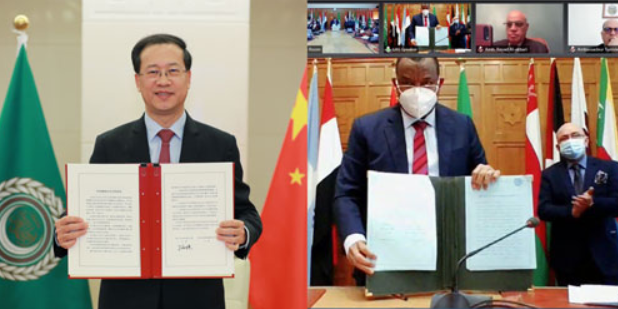 The meeting gathered officials in charge of cyber security and digitization of both sides. The joint agreement on cooperation on data security was signed by the Chinese Vice Foreign Minister Ma Zhaoxu and the Assistant Secretary-General of the League of Arab States (LAS) Hossam Zaki. Details of the pact were not revealed.

A statement concerning the meeting was published on website of the Ministry of Foreign Affairs of the People’s Republic of China (PRC). According to it, China and the LAS reaffirmed that countries should handle data security comprehensively as well as stand against data theft from critical infrastructure and unauthorized collection of personal data. IT companies should inform users about serious vulnerabilities in their products and offer appropriate solutions in due time. Moreover, they should not use their software to illegally obtain user data nor control or manipulate systems and devices of the user. Signatories of the agreement should encourage enterprises to comply with the laws and regulations of the country in which they operate. Towards the end of the statement, both parties urged all states and global companies to support this initiative and reaffirm these commitments in bilateral, regional and international agreements.

Ma Zhaoxu, the Chinese host of the conference held on Monday, said that the agreement is intended to create an “open, fair, non-discriminative” environment for digital development and would help developing countries to make their voice heard in global governance. The initiative “marks a new level” of China-Arab digital collaboration as well as “a new phase” in strategic mutual trust and pragmatic cooperation in digital sectors, he added. Foreign Ministry Spokesperson Hua Chunying said that the China-Arab initiative “injects global digital governance with the wisdom and strength of developing countries.”

The joint meeting was held in parallel with the visit of the Wang Yi, Head of the Chinese Ministry of Foreign Affairs, to the Middle East. He said that the signing of the pact “sent out a unanimous voice on the issue of digital economy governance.”

There is an ongoing rivalry among world superpowers to establish digital rules and standards. In September 2020, China proposed the Global Initiative on Data Security, an alternative to the American Clean Network initiative. The Middle East is yet another location and market where the US and China will fight for digital dominance.

According to the People’s Daily (the daily newspaper of the Communist Party of China), Chinese e-commerce portals are available to about 80% of Internet users in all six countries of the Gulf region. The cyber sphere is used both for commerce and obtaining sensitive user data. China would be interested in expanding its economic network also within the framework of the Belt and Road Initiative.