Chinese Experts’ Opinions on the Biden Administration: A Mix of Hope and Realism

It has been a few weeks since the new US President Joe Biden was sworn in. Several top-level appointments have already been made, including those related to security and international relations. How are they perceived in Beijing? On the one hand, the new administration is said to be slightly more open to negotiations, especially in comparison to Donald Trump, and willing to cooperate on climate change. However, a large number of Chinese analysts conclude that the current anti-China policy of the White House would not change much. 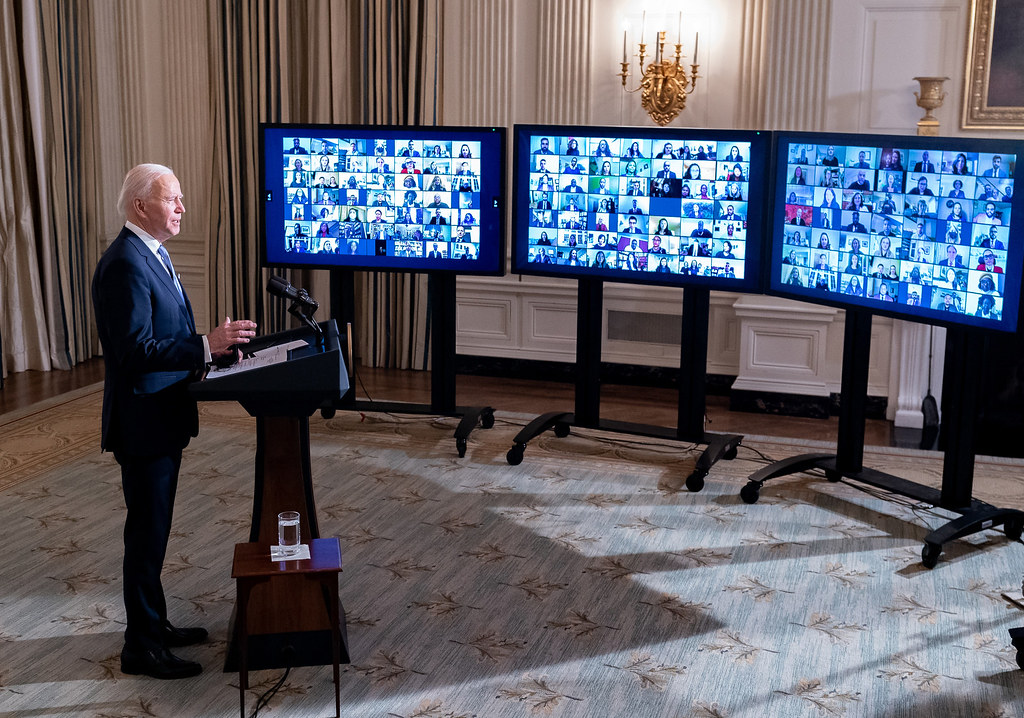 According to Zhao Yusha, Zhang Hui, and Guo Yuandan, the journalists of the Global Times, the Biden administration would most likely continue its predecessor’s Indo-Pacific strategy. They note, along with other experts, that the US would continue to focus on the rivalry with Beijing. Li Haidong, a professor at the Institute of International Relations of China Foreign Affairs University, said that “the core of the US’ Indo-Pacific strategy is to kick off an all-round strategic competition with China.” In turn, Li Kaisheng, deputy director at the Institute of International Relations of the Shanghai Academy of Social Science, stated that “the new US government still regards the South China Sea as a pivotal strategic region to contain China.” Moreover, he claimed that “the significance of the South China Sea in the US Indo-Pacific Strategy will rise.” Another researcher, Bai Ming, deputy director of the Chinese Ministry of Commerce’s International Market Research Institute, emphasized that “the Biden administration has not drawn up any plan on its policy toward China and is still in a trial period.” During one of the briefings, the White House spokesperson Jen Psaki announced that “we’re starting from an approach of patience as it relates to our relationship with China.” He Weiwen, a former economic and commercial counselor at the Chinese Consulate General in San Francisco and New York, responded to these words in the following way: “Clearly, being patient does not mean Biden will become a Buddha. It just means that [Biden] will deploy tactics that are more measured, more established, more systematic and institutionalized… the nature of the US policy [to beat down China] will not change.”

Jin Canrong, associate dean of the School of International Studies at the Renmin University of China, made a comment about the US Secretary of State Antony Blinken. He stated that “Blinken has expressed their demand for cooperation, but is still reluctant to abandon biased and hostile narratives on China’s domestic affairs and core interests.”

The pro-government media outlets have noted a significant openness and America’s repeated attempts to increase cooperation with its allies in Asia. The aforementioned Li Haidong noted that “it’s not hard to see that Biden is trying to woo US partners in the Indo-Pacific region by sending goodwill signals. Those signals carried a clear message that joining hands with partners in this region to counter China will still be a major goal of Biden’s Indo-Pacific policy.” Analysts in Beijing noted that US Defense Secretary Lloyd Austin spoke to his counterparts in Japan, Australia, and India just less than a week after assuming office. Qian Feng, director of the Research Department at the National Strategy Institute at Tsinghua University, noted that the first conversation with partners in India is usually held by the Secretary of State or the President, rather than the Defense Secretary. According to him, this means that the Biden administration is satisfied with military cooperation with India and is likely to increase it in the case of China.

Chinese experts are trying to discredit the US in the eyes of its allies and show Washington’s weaknesses in the process of establishing an alternative to Beijing in the region. Wang Yiwei, director of the institute of international affairs at Renmin University of China, states that the confidence of US allies in its leadership was damaged after they witnessed the existing chaotic scene and divided political system in the US. With the destruction of the Middle East by the US in mind, he believes that the regional stability would be more important for the Asian countries than being a member of the American and anti-China bloc. According to the aforementioned Li Kaisheng, many Asian countries would not pick any of the sides in the China-US conflict and, despite their strategic support for Biden, remain vigilant in terms of their policy.

In the case of Taiwan, the Chinese media are hoping that Biden’s professional diplomatic team can “restore Washington’s strategic sobriety” and uphold the “one-China” principle despite the “stubborn policy” of the government of President Tsai Ing-wen from the Democratic Progressive Party (DPP).

On February 4, Joe Biden gave a speech at the Department of State, outlining the new administration’s foreign policy. There have been several opinions about this speech in the Chinese media. Hu Xijin, editor-in-chief of the Global Times stated that Biden’s words resemble Donald Trump’s “populist governance style,” but also noted that “unlike the previous president, he is cooperative.” This, of course, differs from Trump’s tenure, which “has only exacerbated the antagonism between China and the US.” Chinese scholars regarded the speech as not very clear, proving that the new administration still does not have a definite policy towards China. Lü Xiang, an expert of US studies with the Chinese Academy of Social Sciences (CASS) in Beijing, said that “Biden looked extremely tired throughout the whole speech, and the remarks provided no concrete measures, didn’t touch upon sensitive and tough issues and didn’t say how he would like to break with the previous administration on foreign policy. Maybe there are still divergences within Biden’s team, so he was frustrated.” According to him “it seems that Biden’s communication with US allies failed to reach a broad consensus on how to deal with China.”

Diao Daming, an expert on US studies at the Renmin University of China, said that concerns of the US over China are much greater and clearer than its intentions to cooperate, although these are still better than full confrontation. He added that “Biden’s remarks also show that he understands the US is unable to spend more resources to confront China, and he has pragmatically acknowledged that his country can find benefits from cooperation with China.”

It was noted that climate change was a subject that directly followed the matter of the Middle Kingdom. Chinese experts understood this as the most likely path for a reset in China-US relations. Yet, anti-China and conservative forces in the US might make cooperation in this field even more difficult than before.

At his regular press conference, Chinese Foreign Ministry Spokesperson Wang Wenbin was asked to make a comment on Biden’s statement that China is “the most serious competitor” of the US. He replied that “it is natural that there are differences between China and the United States, just like what happens between any other countries. However, the common interests of China and the United States far outweigh our differences. Our cooperation can lead to major achievements that benefit the two countries and the world.”

According to the aforementioned Hu Xijin, Biden has even fewer means and resources that he can use to put pressure on China, in comparison to what Donald Trump had four years ago. In one of his commentaries for the Global Times, he states that Chinese Internet users gave the new US president another nickname – “Bai Zhenhua,” which literally means “Biden who makes China prosper”. Moreover, he suggested that improving relations with Beijing is necessary if Washington wants to cope with its internal issues.

After the first weeks of the new Biden administration and the initial optimism for a possible improvement in relations between Beijing and Washington, China observes a rather natural continuation of Trump’s policy, with no major deviations. When referring to the new administration, China draws attention to the domestic problems of the US and reminds about its advantage in terms of their capabilities. Moreover, the Middle Kingdom exposes America’s weakness in establishing a coalition of Asian countries against it. According to China, the majority of countries have no interest in this arrangement and disputes might only come down to rhetoric. India, Japan, or Australia are notable exceptions here. Multiple opinions confirm the superiority of experts over the predecessors in the White House and the residual openness to talks. Nevertheless, there is hope for a reasonable foreign policy. Furthermore, it was indicated that Washington lacks clear policy towards China and its next steps need to be continuously monitored. All indications are that the rivalry between the two superpowers would continue whilst every decision and action of Team Biden is going to be heavily criticized. These comments might include references to the former president, indicating that the aforesaid activities would not bring positive results to the US.