Beijing is Reaching Out to the US

Recently, authorities in Beijing have been signaling that they are ready for cooperation and a fresh start in relations with Washington and the Joe Biden administration. In this regard, noteworthy are the speeches of: Vice Minister of Foreign Affairs of the People’s Republic of China (PRC) Le Yucheng, Chinese Ambassador to the United States of America Cui Tiankai as well as member of the Politburo of the Central Committee of the Communist Party of China (CCP) and Director of the Central Foreign Affairs Commission Office of the Central Committee of the CCP Yang Jiechi. The Chinese officials are very conciliatory and portray the PRC as a non-confrontational party that is reaching out to the new US administration and encouraging it to abandon the former policy of the White House which Beijing perceives as “confrontational.” The fact that it is likely to be continued will certainly be used as an element of propaganda. 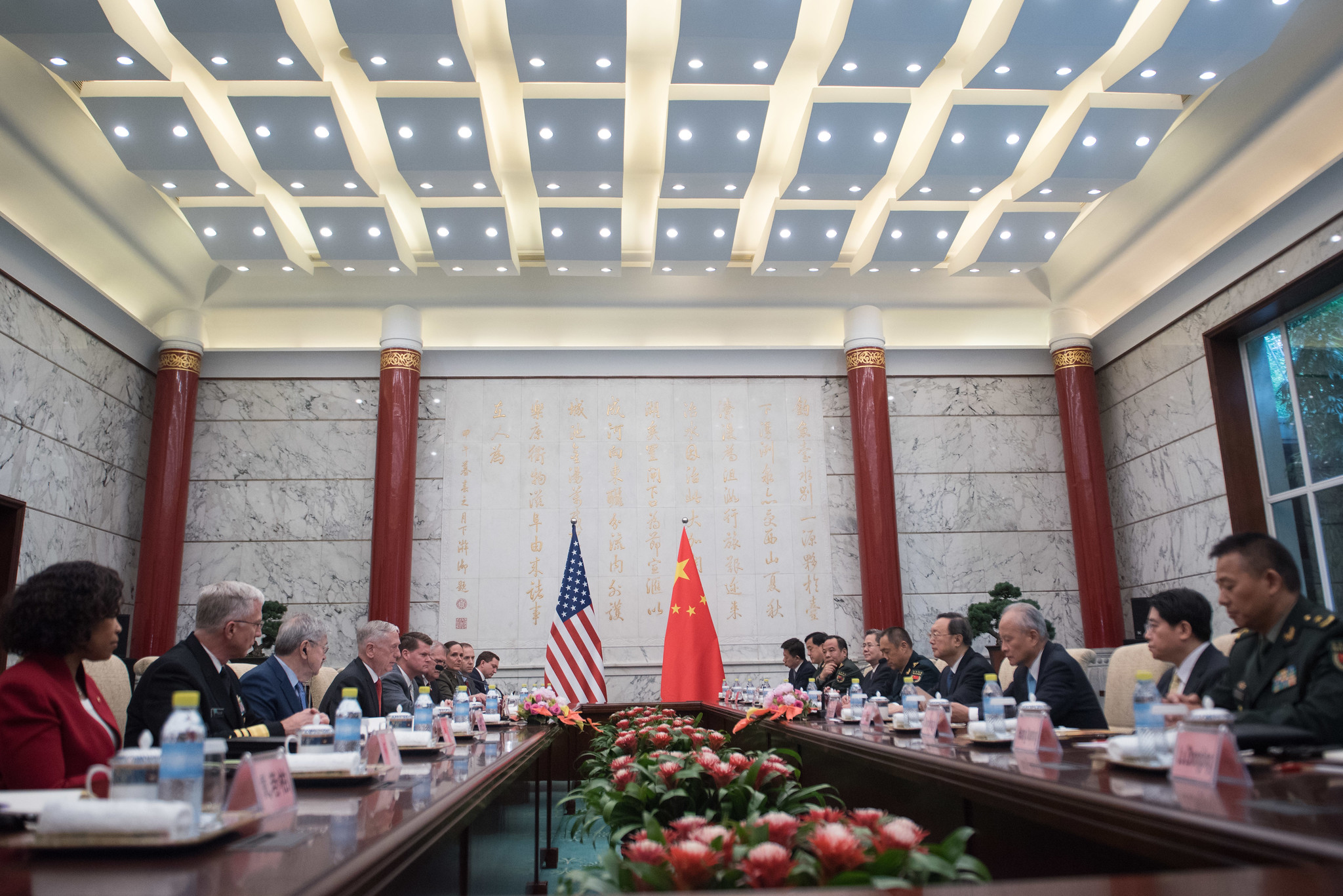 On January 28, 2021, Le Yucheng participated in an online event titled “Moving Forward: The Future of China-US Relations,” a part of the Vision China series of meetings organized by China Daily, a state-controlled media outlet. The Vice Minister of Foreign Affairs said that this year marks the 50th anniversary of Henry Kissinger’s historic visit to China and the famous “ping-pong diplomacy” as a result of which the diplomatic relations between the two countries were restored. He pointed out that President Joe Biden has visited China four times in total and “has a better knowledge of China” (presumably than Donald Trump). Moreover, the Vice Minister praised the inaugural address of the new president in which he called on the American people to unite and concluded by stating that “we need exactly the same spirit for China-US relations.”

Le Yucheng stated that the real enemy of the United States is COVID-19, not China. He described Trump’s policy toward Beijing as wrong, much like the actions of Washington during the pandemic that killed hundreds of thousands of Americans. According to him, this should teach them to “treat each other as partners rather than adversaries, help rather than fight each other.”

The Vice Minister of Foreign Affairs summarized his four expectation for the future development of China-US relations by quoting the so-called “four ‘R’ words” (respect, reversal, renewal, responsibility). As he said “China is ready to renew cooperation with the United States” and take small steps to improve their relations.

A day earlier, Chinese Ambassador to the US Cui Tiankai also made some suggestions regarding cooperation between Beijing and Washington in an online meeting organized by the Chinese People’s Association for Peace and Disarmament and the Carter Center.

Similarly to Le Yucheng, he mentioned the beginnings of PRC-USA relations, in this case recalling the 42nd anniversary of Deng Xiaoping’s visit to the United States and the historic decision to establish diplomatic relations between China and the United States under Jimmy Carter’s presidency. “Since then, our ever-deepening cooperation has delivered huge benefits to the two peoples, and contributed enormously to world peace, stability and prosperity,” he added.

Chinese Ambassador to the US Cui Tiankai encouraged America to a cooperation, which is “the only right option for the two sides.” In his view, “treating China as a strategic rival and an imaginary enemy would be a great strategic misjudgment.” Dialogue, on the other hand, can have positive effect on the whole world. He recalled the cooperation of the two countries, for instance, in overcoming the global financial crisis, the fight against terrorism, helping African countries in the fight against Ebola virus and in the matters related to the Korean Peninsula and Iran. Then, he called for cooperation in the fight against the COVID-19 pandemic, climate change and economic risks. His Excellency referred to the American ban on people-to-people exchanges with sorrow, especially that of Chinese students and scholars. He expressed hope that “no one can push the two peoples back to the era of estrangement and isolation.”

Another Chinese diplomat – Yang Jiechi, expressed his position on China-US cooperation in an online meeting organized by the National Committee on US-China Relations on February 2. This address resembled his two previous speeches. Yang Jiechi said that China-US relations after Joe Biden’s swearing-in “now stand at a key point and face new opportunities and new challenges.” He added that “effective cooperation between the two [superpowers] has a direct bearing on the well-being of all people as well as peace, development and prosperity of the world.”

The member of the CCP Politburo referred to Trump’s policies against Beijing as “misguided,” and suggested that they were expected to harm the “fundamental interests of the two peoples.” He called for a new type of relationship based on “respect, fairness, justice and win-win cooperation.” Yang Jiechi noted that, against all odds, economic cooperation and trade between the two countries continues to grow. According to some studies, the vast majority of American businesses are satisfied with cooperation with the Middle Kingdom and plan to continue investing there.

According to Yang Jiechi, in order to maintain good relations between the two countries, US should not to cross the so-called red lines, i.e., interfere in the affairs of Hong Kong, Tibet and Xinjiang, which are crucial for China’s sovereignty and territorial integrity. The US should also refrain from meddling in the domestic affairs of the PRC. Instead, cooperation on economic recovery, ensuring the security of global industrial and supply chains, regional and global issues as well as climate change is welcome.

Yang Jiechi suggested that, at the government level, the embassies and other institutions should serve as bridges between the two countries, whilst other players, including think tanks, universities, media and businesses, should also strengthen the overall relationship. He expressed hope that the new administration will remove stumbling blocks to people-to-people exchanges, for instance for Chinese students, and stop restricting Chinese media outlets, closing Confucius Institutes or suppressing Chinese companies.

The Chinese authorities are trying to show their openness to cooperation with the new Joe Biden administration. They hope that it will not be as aggressive towards Beijing as it was in the case of Donald Trump. All the speeches included the idea that cooperation will be beneficial for both sides in many fields, as it used to be in the past. Historical references were supposed to show that the desire for rivalry between the two countries is not a usual state whilst the current tensions are a result of the bad will of certain individuals. Meanwhile, the views of Biden’s cabinet members on China lead to a conclusion that one should rather expect Trump’s policy to be continued, which worries Beijing. Examples include the recent quickly released statement of the Department of State, which criticized the PRC’s actions in the Taiwan Strait, or words of the US Secretary of State Antony Blinken who expressed support for Southeast Asian countries in the face of Beijing’s pressure in the South China Sea. The CCP has been using peaceful rhetoric for quite some time now, but, on the other hand, it has been continuing the “wolf warrior diplomacy,” especially on issues that were defined as the “red lines” (Yang Jiechi mentioned and called them that way in his speech), i.e., the independence of Taiwan, Tibet and Hong Kong, the matter of Xinjiang and interference in Beijing’s internal affairs. It should be expected that China’s rhetoric, through controlled media and diplomats, will show its openness and willingness to cooperate as well as its rejection by the US. Consequently, in their view, America is suffering economically, failing to deal with the pandemic and losing its international position.