China and Australia are on a Collision Course

Since the beginning of the 21st century, Australia has established intensive trade relations with China, becoming one of the main suppliers of raw materials for the largest economy in Asia. As the power of the PRC has grown and tensions in Beijing’s relations with Washington have escalated, the China-Australia relations has clearly deteriorated. Alongside the USA, Japan and India, Australia remains a Quad (QSD) core member country and one of the main advocates of the Indo-Pacific concept. Tensions in relations between Australia and China have intensified as a consequence of strategic differences and the multifaceted criticism of the CCP activities by the government of Scott Morrison. Furthermore, the Australian authorities have made significant efforts in recent years to strengthen security cooperation with the United States, India and Japan, which was a source of Beijing’s dissatisfaction. Xi Jinping’s administration sees these efforts as an attempt to create an anti-Chinese coalition in the Indo-Pacific region and increasingly uses economic instruments in retaliation. 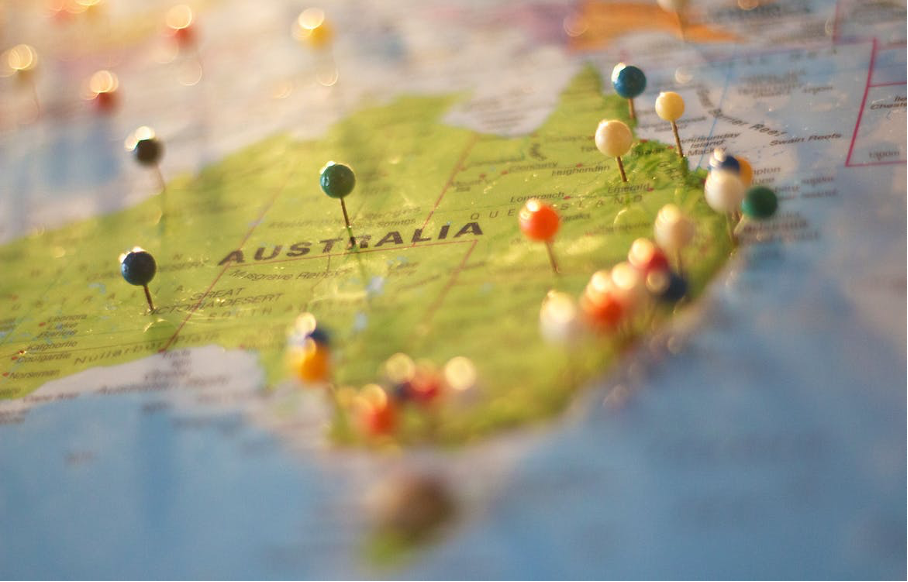 In mid-October, there were reports that some Chinese mills and power plants halted imports of Australian coal. The scope of these measures still needs to be reviewed and may only be a sign that a further deterioration of relations with Beijing will hit a crucial sector of the Australian economy. Since the beginning of the year, the Chinese authorities have imposed various types of sanctions on imports of beef, wine and barley, but the importance of these goods in the overall export structure is secondary. A reduction in coal and iron ore imports would be a real blow to Australia, as these two goods account for more than 40% of the value of exports and China is their largest recipient with a share of 35.5% (UN Comtrade data). Such a step is unlikely, however, because high-quality raw materials are a substantial part of the supply chain of Chinese industry.

A much more realistic scenario is the introduction of impediments on a limited scale to communicate dissatisfaction without completely breaking off beneficial economic relations. So far, the Chinese authorities have chosen the path of “limited retaliation” with respect to Australia, and this is the most likely course of action. In the first half of May, the PRC authorities decided to suspend beef purchases from Australia’s four largest producers under the pretext of non-compliance with sanitary standards and lack of cooperation in quality control procedures. A spokesman for the Chinese Ministry of Foreign Affairs, Zhao Lijian, argued the decision with concern for “guaranteeing the safety and health of Chinese consumers.” However, the actual reason could have been the active role of the Australian authorities in efforts to conduct an independent, international investigation into the origins of the pandemic. Moreover, on May 19, the Chinese side imposed duties of 80.5% on barley imports from Australia, which was the result of an anti-dumping proceeding initiated on November 19, 2018.

The attempts to influence the Australian authorities are not limited to trade alone. In early June, the Ministry of Education of the PRC issued two warnings in which it discouraged from choosing Australia as a destination for studying. For many universities in Australia, foreign students are one of the main sources of funding (up to 40%). Among them, the Chinese ones have been the dominant group for many years. According to the Australian Department of Education, they represent more than 27% of the total number of students, generating about $27 billion in Australia’s GDP. It is likely that as the Quad format cooperation is strengthened and the anti-Chinese coalition in the Indo-Pacific region is built, the Chinese authorities could limit the flow of students, increasing pressure on Canberra to ease its position.

Cyberspace is also an area where China is signaling its discontent. On July 22, the Australian Department of Foreign Affairs and Trade as well as the Department of Home Affairs published a communiqué expressing concern about the cyberattacks on the defense, medical and pharmaceutical sectors. This document, in addition to a statement by Prime Minister Scott Morrison in which he pointed out that “a sophisticated state actor” was behind the increase in attacks, indicate China as their source. Moreover, the growing importance of the digital factor is evidenced by the inclusion of more than $1.3 billion in investments for the development of cyber defense and digital infrastructure in the new financing plan of the armed forces.

In August, the government of Scott Morrison outlined the Australia’s Foreign Relations (State and Territory Arrangements) Bill 2020, which (if adopted) will give the Minister of Foreign Affairs the opportunity to block agreements between foreign governments or entities and Australian local authorities or public universities. Although there is no direct reference to China in the Bill, the accessible information indicate that it is the main target of the planned legislation. This is due to concerns about the growing influence of the PRC in the education and R&D sector as well as the intelligence threat.

Additionally, on October 19, the Australian authorities announced that they will take part in the Malabar maritime exercises, organized by the USA, Japan and India for the first time since 2007. The growing collaboration within the Quad format will be met with increasing resistance from Beijing, so the next months will be marked by continuous tensions between Australia and China.