Belarus started on Friday, August 28, three-day military drills in the western region of Grodno. On the same day, Alexander Lukashenko warned North Atlantic Alliance states that both Minsk and Moscow will be ready to pacify adversary. This confirms that Belarus is part of the Russian military theater. Even if there are now no Russian tanks waiting on the country’s borders with Poland and Lithuania, it serves as an actual borderline between Russia and NATO countries. 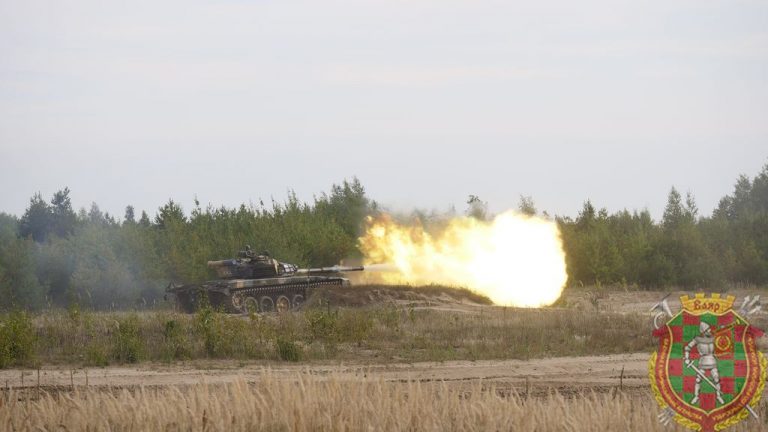 The Belarusian defense ministry stated that Belarus would hold tactical drills in the western Grodno region, right off its border with Poland, after Lukashenko had ordered to beef up the military there amidst a plausible intervention from NATO states, including Poland and Lithuania. The Belarusian dictator on Friday, August 28, said Belarus and Russia would use a joint group of armed forces if Western forces attacked the country’s border. What might pose a threat, according to Lukashenko, are U.S. F-16 jets to be moved to Poland from Germany. Held between August 28 and August 31, Belarus’s war games are conducted by the Western Operational Command. Helicopters will redeploy from the Machulishchi airfield to Lida in the Grodno region to provide support for the troops’ operations. Viktor Khrenin, who serves as the country’s defense minister, issued an order on August 19 to beef up the grouping of forces in the Grodno area with the Tochka and Polonez battalions of tactical missiles, a squad of drones, and air defense systems. At a Security Council meeting sometime earlier, Alexander Lukashenko had instructed the defense ministry to closely follow NATO forces’ movements in Poland and Lithuania. Just four days later, General Viktor Khrenin told Lukashenko that “external forces might use the country’s destabilization as a pretext for a violent change of power in Belarus.” The defense minister warned of a possible NATO attack from the Polish territory. The Belarusian army is in fact part of the Russian military potential, with a joint grouping of forces, a unified air defense system, and a raft of military drills between the two armies. Belarusian army officers study at Russian universities. Under a military cooperation deal, Moscow is allowed to send its armed forces to Belarus for both drills and in case of any emergencies.