China has rapidly expanded its economic presence in Belarus in the last decade, choosing the Eastern-European republic as the key European link in its Belt and Road Initiative (BRI). Taking advantage of the country’s political stability, prime geographical position next to EU, and Lukashenko’s eagerness to reduce dependence on Russia, Beijing poured loans and investments into the republic. However, the mass anti-government demonstrations that have shaken Belarus in the aftermath of a disputed presidential election threaten to compromise China’s BRI investments. Regardless of the outcome of the Belarus Crisis, Beijing will not come out of the situation unscarred. 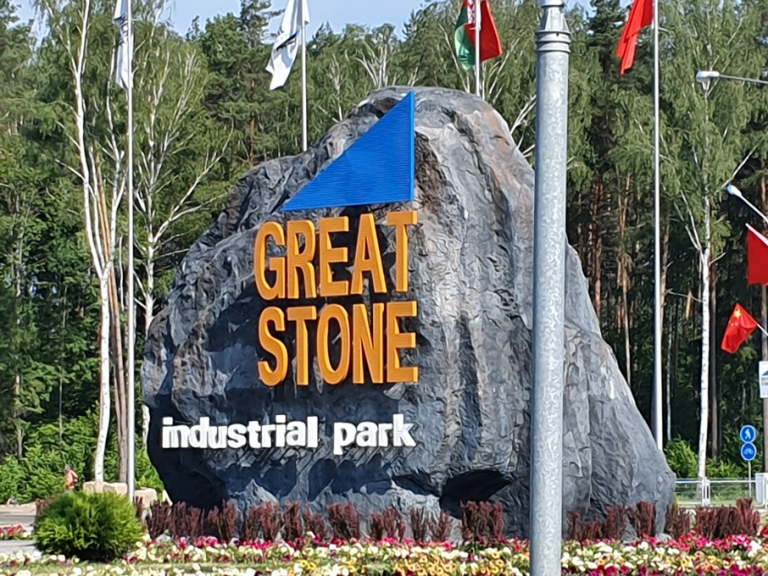 Belarus itself was certainly not China’s first choice for BRI. Initially, that privilege was bestowed upon Ukraine. Due to its geographic location, access to the sea and large industry the country was long-envisioned by Beijing as its future economic bridge to the European Union. Correspondingly Chinese companies explored several multibillion-dollar investments in the country, including $10 billion construction of a deep-sea port in Crimea, which was scheduled to become a major transit hub. However, 2014 Euromaidan Revolution, Russia’s annexation of Crimea and the conflict in Eastern Ukraine forced Beijing to throw those plans away and find a new route around Kyiv to Europe for its Belt and Road Initiative.
The Middle Kingdom did not have to look far. Belarusian ruler soon became one of the most vocal champions of Chinese economic plans among European leaders, seeing the country’s participation in BRI as an opportunity to develop and improve its international position in the aftermath of the Ukraine Crisis. The Russian invasion of its southern neighbour made Minsk desperate to expand its foreign policy options and reduce its historical dependence on the big brother from the east. At the same time, the rollback of Russian loans and energy subsidies for the Belarusian Soviet-style economy, aimed at pressuring the republic to give in to Moscow’s demands of further integration, made the need to attract other investors even more acute.

Unwilling to give in to Russian coercion and European Union’s human rights conditions, Lukashenka perceived China, with its sizable purse, limited political ambitions in the region and well-grounded non-interference policy, as a pragmatic economic alternative. As such, he began regularly visiting China and inviting high-level officials from Beijing. Xi Jinping’s first official visit in Minsk in 2015 resulted in a friendship and cooperation agreement, soon followed by declaration on strategic partnership in 2017 and a visa-free travel agreement in 2018.

From the political standpoint, Minsk won China over with its appearance of stability and predictability. Lukashenko has been in power virtually unchallenged since 1994, and the country presented relatively low military and political risks compared to its neighbours. Furthermore, Beijing found in Belarus a kindred ideological spirit. Under Lukashenko, the former Soviet republic remained the only country in Europe that has (more or less) maintained the “socialist choice”. The still profound influence of Marxist-Leninist ideology on China’s approach to international affairs, especially since Xi Jinping ascended to power, made Belarus a more attractive political and economic partner than otherwise would have been the case.

Similarly to Ukraine, Belarus benefited from its prime geographical position. Strategically located near the port cities of the Baltic Sea and on the crossroads of major land transit routes between Europe and Asia, it served as a potential gateway to the European Union’s market, the ultimate prize in Beijing’s BRI plans, for Chinese goods travelling across Eurasia. Moreover, being the westmost member state of the Russia-led Eurasian Economic Union made Minsk a valuable tariff-free foothold in the post-soviet economic area for Chinese companies. For reasons of geographic convenience and political stability, China decided to make Belarus a poster child for Belt and Road success.

A surge in trade and investments soon followed. Since the launch of BRI in 2013, Chinese companies poured $1,6 billion into key sectors of the Belarusian economy, with annual investments rising 200 times in the last ten years. Turnover between Belarus and China grew from a mere $34 million in 1992 to almost $3 billion by 2019, making the Middle Kingdom Minsk’s third-biggest business partner only behind Russia and Ukraine. Beijing also opened $15 billion line of credit to the Development Bank of the Republic of Belarus, compensating for drying Russian funds. However, by far the most ambitious example of tightening Belarusian-Chinese cooperation is the Great Stone Industrial Park. A 112-sq.-km business complex on the outskirts of Minsk, hailed by Xi Jinping as the “pearl” of the Belt and Road, has already attracted $1.2 billion in investments and over 60 foreign companies, including controversial Chinese tech juggernauts like Huawei and ZTE. The park was expected to become a major logistical, financial and innovation hub to Asian companies seeking to enter the European Union market in the following decades.

Now the political unrest in the aftermath of the Belarusian presidential election threatens those plans. It seems that no matter what direction the crisis takes, Beijing will not come out of the situation unscarred. Opposition victory and the rise of a democratic government in Minsk would mean that China lost one of its most enthusiastic partners in the region. While so far, the Belarusian opposition did not form any public stance towards China, and, with almost no indigenous private capital, prospective Belarusian reformers might look to Beijing for funding, such a development would cause a setback for China’s national interests. Pushed by new allies from the West, a new government in Minsk might reassess the terms and value of current Chinese loans and investments in the country, some of which had already caused local hostility due to negative environmental impact.

However, even if Lukashenko holds onto power through his own regime’s suppression of the civil society, the brutal crackdown on peaceful protests will complicate Beijing’s plans to use Belarus as a bridge to the European market under BRI. The international backlash and fresh round Western sanctions, that is likely to follow such violence, would make Minsk a much less attractive partner to China. The suppression may also just prolong the untenable situation in the country, with Lukashenka’s security apparatus periodically clashing with the awakened Belarusian civil society, leading to greater instability in the long-term. Needless to say that Russian military intervention would only magnify those outcomes. Thus, both political stability and geographical location on the West-East nexus would disappear.

As such, China’s response to the crisis in Belarus so far has been one of the limited diplomatic assistance for Minsk. Initially, Beijing came out as one of the strongest foreign supporters for Europe’s last dictator. Xi Jinping was the first world leader to congratulate Lukashenka on winning the contested presidential election “on his own behalf, on behalf of the Chinese Government and the Chinese people”. A few days later China’s Foreign Ministry voiced Beijing’s opposition to external forces trying to interfere in the country’s internal affairs and divide the Belarusian public, which was further reaffirmed by China’s UN Ambassador Zhang Jun at the UN Security Council meeting on Belarus. Those diplomatic statements reflected China’s preference for maintenance of the political status quo in partner countries and aversion to Western-sponsored “colour revolutions” in the post-Soviet world.

However, as the political situation in Belarus continued to deteriorate, Beijing adopted a more cautious attitude, refraining from making political comments on the topic while closely monitoring the on-going situation. The Chinese leadership also appeared to hedge its bets by expressing respect for the “Belarusian people’s choice of development path” in its official statements.

What especially came across in Chinese response to the crisis was focus on the continuation of the fruitful economic relations between the two countries in BRI framework. During a telephone call with Lukashenka, the General Secretary of CCP Xi Jinping stressed the importance of the cooperation with Eastern-European republic, expressing readiness to “jointly push forward China-Belarus comprehensive strategic partnership and expand mutually beneficial cooperation”. Moreover, in one of its first post-election articles, China’s state-owned English-language newspaper Global Times stressed Belarus’ important role in the Belt and Road Initiative and expressed hope that “the social unrest” would not affect Chinese companies and projects in the country. To underline this point, five days after the election China and Belarus signed a cooperation agreement in the agriculture sector under BRI framework, further opening the Middle Kingdom’s markets to Belarusian food exports.