The battle for 5G in Germany

The issue of Chinese companies’ participation in the construction of German 5G, like a lens, focuses the most serious strategic dilemmas that European countries have to face today. After Huawei was excluded from the participation in creation of the British 5G network, the decisions of the German and French authorities are crucial for the developments in the European Union. The technological rivalry between China and the USA is increasingly becoming a zero-one choice, forcing an unequivocal stand on one side. The pressure of the American administration to exclude Huawei clashes with the fears of German industrial sphere for retaliation from Beijing and limiting access to the Chinese market. It is no coincidence that this topic raises many controversies in Germany not only in the public domain, but also within the ruling CDU/CSU/SPD coalition. 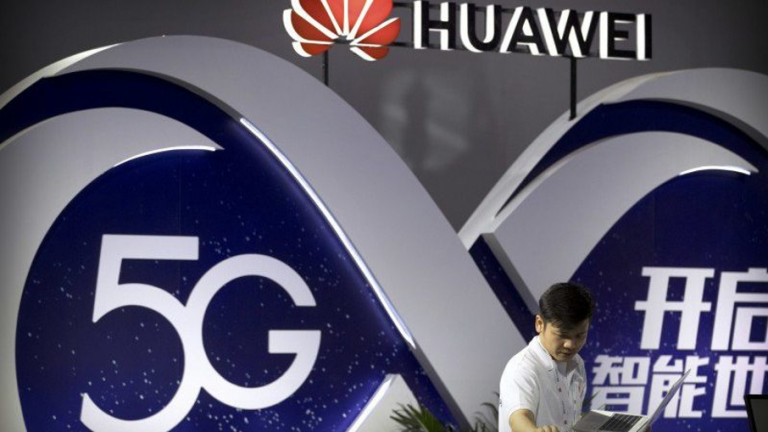 Chancellor Angela Merkel, among others, is in favor of a compromise solution (consent to Huawei’s participation under stricter security standards). In November 2019, the Chancellor declared that she was against a total ban: “I tend to trust ourselves to define high security standards, higher than with 4G, 3G and 2G, but not to shut out vendors from the beginning.” Peter Altmaier – Federal Minister for Economic Affairs and Energy, took a similar position, arguing that “international trade relations cannot be based solely on how democratic a country is.” In recent months, the position of German “hawks” and supporters of “policy of values,” which postulates the full exclusion of Huawei, has begun to gain popularity. Official criticism is articulated by politicians, such as Norbert Röttgen – Chairman of the Committee on Foreign Affairs of the Bundestag, or Paul Ziemiak – Secretary General of the CDU. Bruno Kahl – President of the Federal Intelligence Service, or BND, also expressed his opinion on this issue. In a hearing before a panel of the Bundestag, Kahl recommended stopping the construction of the network by Huawei, arguing that 5G will be part of the state’s critical infrastructure in the future and as such cannot involve “groups that cannot be fully trusted.” In December 2019, SPD representatives issued a document in which they presented a vision of developing the 5G network without Huawei. In November 2019, Robert Habeck – Leader of Alliance 90/The Greens (Bündnis 90/Die Grünen) also took a negative stance, which is a significant factor given the growing position of this group on the German political scene (their support remained between 17-20% in July 2020). The final decision on the conditions for setting up the 5G network in Germany is still unknown.

The key arguments for maintaining the current pragmatic policy are economic considerations and concerns about the condition of the German economy. German exports to the Middle Kingdom amounted to $108.35 billion in 2019 whilst the three most important groups of goods sold were: vehicles and car parts ($27.11 billion), machinery ($22.77 billion) and electronics ($17.36 billion). China remains a key market for the German automotive industry, which is the driving force behind the entire economy (about 5% of GDP and 16% of exports). In 2019, the Volkswagen Group sold more than three million vehicles in China, almost six times more than in Germany and almost twice as many as in Europe. The situation is similar in the case of Mercedes/Daimler Group, which in 2019 sold 693,000 vehicles on the Chinese market – more than the combined sales in the USA (316,000) and in Germany (318,000). The automotive industry is one of the most significant lobbying groups in Germany’s decision-making process thus it will press for a softening of the final position. The actions of telecommunications companies, for which Huawei has been one of the most vital partners in recent years, are similar. Maintaining or stimulating economic cooperation becomes particularly important when the recession in Germany’s economy is expected to reach -7.8% in 2020. As a result of the disruption caused by the COVID-19 pandemic, German exports contracted by -30.7% in April and it will be extremely difficult to improve the situation without cooperation with China.

Given the aforementioned conditions, the decision of Germany is more likely to be closer to the French rather than the British position. The French authorities have announced that they will discourage telecommunication operators from collaborating with Huawei, but will not introduce any formal legal instruments that would sanction the actions of the company. On July 14, the British authorities took the courageous decision to exclude Huawei completely, but they have much stronger ties with the USA than with Germany. Growing skepticism in Germany about cooperation with the USA due to differences with regard to: the Nord Stream 2 gas pipeline, the matter of the allocating 2% of the GDP to defense, the trade policy or the Paris Agreement will make it difficult to adopt the position promoted by the American authorities. Furthermore, on July 1, the Federal Republic of Germany assumed the Presidency of the Council of the European Union, one of whose priorities is to negotiate a Comprehensive Agreement on Investments (CAI) with China by the end of 2020. Negotiations taking place from 2013 onwards are all about the matters of “reciprocity” and “level playing field” while taking a hard line towards Huawei would eliminate the chance of reaching an agreement. There is still little chance of victory for the faction opposing Huawei’s participation, which is favored by Beijing’s actions in Hong Kong and Xinjiang as well as the worsening perception of China in German society. The majority of factors indicate, however, that the most significant EU country will follow the middle way and that resistance to the “systemic rival” will be limited to the discursive level.