The latest flare-up in the Armenia-Azerbaijan armed conflict does not change much in the balance of power through the South Caucasus. With their military potential and deals they had sealed with other states, neither country is poised to emerge a victor. Most importantly, after the latest border spat, Russia has shifted its stand on the feud both Armenia and Azerbaijan have been locked for the past three decades. Recent years particularly saw the Kremlin’s tilt from a pro-Armenian view towards the center, to mediate possible peace talks rather than take sides with Armenia. 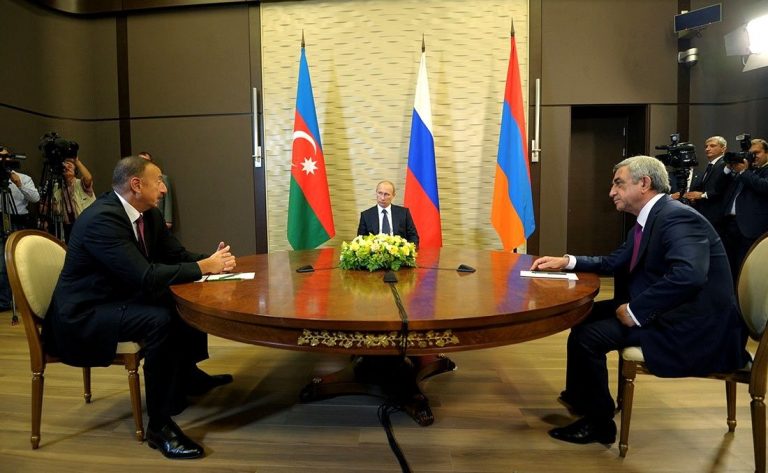 Over a few days in mid-July, the heavy fighting erupted on the Armenia-Azerbaijan border, making it the deadliest escalation since the April 2016 Four-Day War. Interestingly, clashes occurred north of Azerbaijan’s breakaway region of Nagorno-Karabakh, and not there. Unlike Turkey whose officials declared firm support for Azerbaijan –– the Turkish defense minister held a meeting with his Azeri counterpart –– Russia took on a neutral stance, chiefly to Armenia’s sour regret. It was by no accident that the country’s military stirred up a military clash outside Nagorno-Karabakh.

Armenia is a member of the Collective Security Treaty Organization (CSTO). Under the Russia-led military alliance, an offensive against its member offers an intervention yet elsewhere outside the separatist region. As the fighting broke out in another Armenian region, Yerevan was right to expect aid from other fellow members. Yet under evident pressure from Moscow, Pashinyan’s cabinet could not count on that. This all came to the bitter disappointment of Armenia: Russia has no intention of entering the game despite a clear-cut defense deal that stipulates military aid for Armenia everywhere but in Nagorno-Karabakh. Yet Moscow abstained from taking any action: Kremlin spokesman Dmitry Peskov urged Armenia and Azerbaijan to show restraint whilst not saying who was to blame after the deadly escalation in fighting along the Armenia-Azerbaijan shared border. At a July 17 meeting, Russia President Vladimir Putin and members of Russia’s Security Council much discussed the recent flare-up in the fighting. Moscow remained neutral –– though Russia is Armenia’s strategic ally and the sole country to offer security guarantees, has military bases in Armenian Gyumri and Erebuni, with thousands of troops, air forces, tanks, and artillery. This might stem from cooler ties with Armenia after Nikol Pashinyan took office –– and Moscow’s relations with Azerbaijan have somewhat warmed in recent years, a proof of which were phone calls between the Russian and Azeri defense and foreign ministers shortly after the fighting between Armenia and Azerbaijan widened.

Apparently, whilst mitigating its policy in the South Caucasus, the Kremlin hopes to earn much more throughout the region. But this does not modify the two top vectors in the Russian strategy. First, Armenia remains a key ally regionwide. Second, the longer the feud over Nagorno-Karabakh is unsettled, with Armenia and Azerbaijan being actually at war one with another, the better for the Kremlin and its “divide and conquer” principle.