Court of Kiev provisionally arrested for a month the former Chief of the General Staff of the Ukrainian Armed Forces Volodymyr Zamana. The retired general was detained on February 25 by SBU and the Prosecutor’s Office charges him of high treason. Zamana, who served as the Chief of the General Staff during the governance of Viktor Yanukovych, rejects the allegations. It is possible that this is not the last detainment among the former military commanders and ministers of defence. Regardless of the importance and truth of charges, the situation fits in the political campaign of Petro Poroshenko, who made a strong army one of his three slogans of his struggle for re-election. 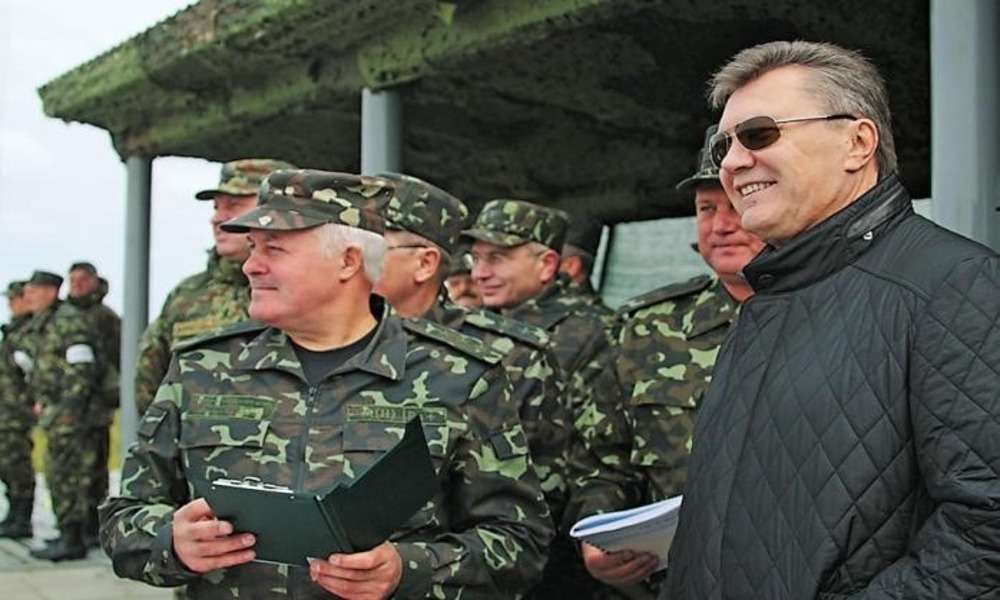 Volodymyr Zamana was detained on February 25 in the morning by the Security Service of Ukraine and Military Prosecutor Office. Zamana occupied the position of Chief of the General Staff from February 2012 until February 19, 2014. President Yanukovych was to depose the general because he did not want to order the Dnipropetrovsk Airborne Brigade to march on Kiev during Euromaidan.

Zamana is suspected of operations which enabled the annexation of the Crimea and disabled the mobilisation of the army at the beginning of the Russian aggression in 2014 – Prosecutor General Yuriy Lutsenko announced. Zamana was supposed to give orders which led to the subordination of all units of the tactical group “Crimea” to Admiral Ilyin, Commander of the Ukrainian Navy (who later betrayed and joined Russian side), which in fact paralysed the resistance of Ukrainian soldiers in the face of Russian aggression. According to Lutsenko, Zamana reformed the army and “paralysed the resistance of the Ukrainian soldiers against Russian aggression”. It concerns reductions in the number of soldiers as well as dismantling military units and Ukrainian air defence. According to Chief Military Prosecutor of Ukraine Anatolii Matios, in 2013 Zamana reduced the military forces by almost 17 thousand people and by over 70 units. Another accusation is the lack of the army mobilisation at the beginning of 2014, despite being aware of plans of Russian aggression. During Zamana’s governance, many military commissariats were supposed to have been closed which severely impaired mobilisation.

Serious charges and Zamana’s arrestment are not surprising. Yet on February 4, during the meeting of the parliamentary investigation committee investigating the pillaging of wealth and military equipment in years 1991-2017, Lutsenko stated that “actions taken by former Ministers of Defence and Chiefs of the General Staff of Ukraine which led to severe weakening of the state’s defence capability may be considered as high treason”. Prosecutor General attacked e.g. former Minister of Defence Anatoliy Hrytsenko, who is running for presidential elections in March. Lutsenko said that the biggest sale of military property started in 2005 when the Ministry of Defence was led by Hrytsenko. It is not known whether the Prosecutor’s Office subordinated to Poroshenko will decide to deal with this candidate. However, it is sure that the arrestment of Zamana and the focus on the army suits the president who struggles for re-election.