Chances of the former PM Yulia Tymoshenko of winning the presidential elections in Ukraine are decreasing. From the beginning of the official campaign, Batkivshchyna’s candidate is having more and more troubles and she fell to the third position in polls. Two newest polls place Volodymyr Zelensky at the first position, but Petro Poroshenko can be satisfied as well because he beats Tymoshenko who was considered as his most serious rival. 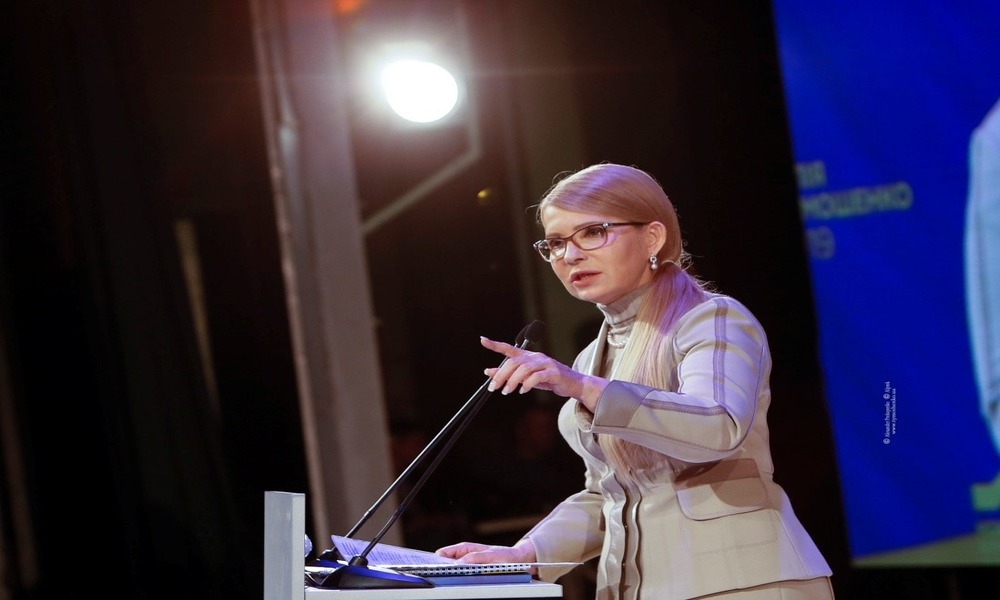 On February 20, Ukrainian Centre for Economic and Political Studies named after Olexander Razumkov published its poll. A comedian, Volodymyr Zelensky, has the greatest support – 19 percent among those who are to participate in the elections. The second position is occupied by President Petro Poroshenko – 16.8 percent of support, beating Yulia Tymoshenko – 13.8 percent of votes. Zelensky remains a favourite of the second round as well. He wins with Poroshenko in polls 32.2 to 19.1, and with Tymoshenko 28.7 to 18.6 percent. On February 22, Socis centre also published its poll. Among all people asked, Zelensky gained 23.8 percent, Poroshenko 20.3 percent, and Tymoshenko 15.9 percent. Out of the remaining 41 candidates, only Yuriy Boyko, the main candidate of the pro-Russian camp, has a relevant result (11.5 percent). But it is worth noticing how the respondents answered the question who is to become a president? Most of them, 23.9 percent, pointed to Poroshenko, Tymoshenko had 16.3 percent, and Zelensky, the leader of polls, only 12.5. This only confirms that the current results of Zelensky are overestimated. When the time of voting comes, part of Ukrainians may realise that they do not want to vote for a candidate whose running for elections is considered as a kind of happening. This is the first good information for Poroshenko. The second one is the growing troubles of Tymoshenko.

Subsequent polls confirm the fall of popularity of the candidate who earlier for many months before the start of the official campaign, had been a strong leader of the polls. Tymoshenko reacts to her troubles in a way which makes her situation even worse. It started on February 4, with accusing Poroshenko of trying to buy Ukrainians’ votes within his campaign (1 thousand hryvnias, which is 36 dollars, for one vote). Without providing any evidence, Tymoshenko called the Head of the Ministry of Internal Affairs and the Prosecutor General to start an investigation. On February 5, in turn, during the meeting in her home town Dnipro, Tymoshenko attacked the Minister of Healthcare Ulana Suprun, born in the USA, saying that she was “sent by the foreigners” who wanted to “experiment on Ukrainians”. These attacks happened just after the publication of polls showing that Tymoshenko was preceded by Zelensky. But such a sharp reaction had the opposite effect. After two weeks, it turned out that Tymoshenko was also preceded by Poroshenko. And this is a risk of a real defeat: not entering the second round, even though not long ago, the former PM seemed to be an undoubted favourite of the elections. Especially, as on February 21, the Security Service of Ukraine informed that it detected a vote-buying pyramid in favour of Tymoshenko and stated that Russia was responsible for that. General Prosecutor’s Office announced that over 50 places in different regions of the country were inspected. The media report that these are mainly local campaign offices of Tymoshenko.