The Accession of Poland, the Czech Republic and Hungary to NATO

72 years ago, on April 4, 1949, the North Atlantic Treaty was signed in Washington, D.C. As a result, NATO, the most important defense organization in the world, was officially established. After the Cold War, despite initial skepticism, the organization gradually began to open up to new members. Poland, Hungary and the Czech Republic were the first countries of the former Eastern Bloc to join the North Atlantic Treaty Organization following the fall of the Iron Curtain. This was possible thanks to, among others, the effective and successful reforms that these countries implemented in the 1990s. 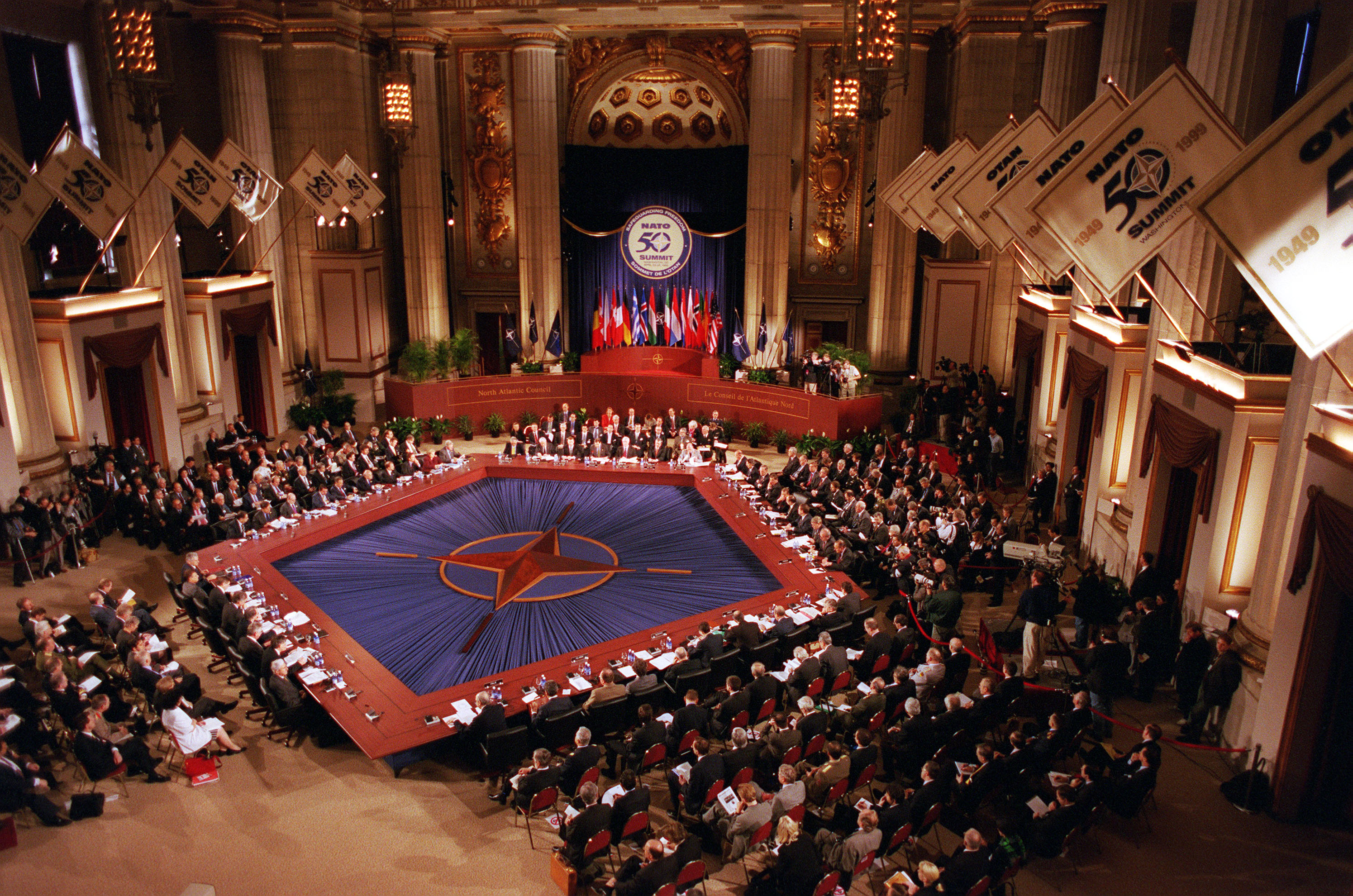 NATO had to revise its aims, principles and areas of activity with the end of the Cold War. This involved a redefinition of relations with the Central and Eastern European nations and ultimately also involved the opening up of the Alliance to potential new members. This was due to, among others, the democratization processes taking place in certain countries of the region. “And the windows having opened in the closed societies of Eastern Europe, the Allies do not intend to let them slam shut again,” said the former Secretary General of NATO Manfred Wörner in the fall of 1989. A few weeks earlier, US President George H. W. Bush had visited Poland and Hungary to verify the sustainability of these changes. At the beginning of the transition period in the former Eastern Bloc countries, NATO leaders were skeptical about the region as they feared the reaction of Moscow to the activity of NATO near the borders of the Russian Federation and perceived the post-Soviet area as a conflictual one.

Since the security situation in Poland, Czechoslovakia and Hungary, among others, had improved, on June 8, 1990, during a session of the North Atlantic Council, the ministers of foreign affairs of NATO member states extended an invitation to the Warsaw Pact countries “to cooperate in the spirit of freedom, democracy, and justice.” A few weeks later, these countries received further proposals for partnership, building relations and direct contacts. Simultaneously, during the dissolution of the Warsaw Pact, the USSR, and later the Russian Federation, issued warnings to the former members of the Pact regarding their accession to NATO.

Since February 1991, Poland, Hungary and Czechoslovakia, the most advanced countries in terms of implementing the reforms, began to collaborate on European integration. In December 1991, the North Atlantic Cooperation Council (NACC) was established. The members of the newly established Commonwealth of Independent States were also invited to join this forum. The NACC was expected to be a body allowing for cooperation on security issues between NATO and non-NATO countries. The members of the NACC were informally divided into three groups: countries wishing to join NATO as soon as possible, those striving for dialogue without formal declarations as well as the neutral ones, without clear expectations. On May 6, 1992, Poland, Hungary and Czechoslovakia (the Visegrád Triangle) signed a declaration, in which they announced joint efforts to become members of NATO.

In 1993, during a meeting of defense ministers of the NATO member states at that time, a proposal concerning the “Partnership for Peace” program was adopted. Its purpose was the collaboration of Alliance and NACC members, in addition to the establishment of a new security framework in Europe. For this reason, in 1994, US President Bill Clinton outlined the principles of the scheme to the leaders of the Visegrád countries in Prague. The plan was adopted, although initially the former People’s Republics perceived it as NATO’s attempt to temporarily “satisfy” their transatlantic ambitions and a way to postpone the actual accession. Nevertheless, in the following years, the Alliance expressed interest in and a specific consent to the membership of Poland, Hungary and the Czech Republic in the future. In October 1994, the US Senate adopted the so-called Brown NATO Expansion Amendment, under which the US president could establish a military aid program for Poland, the Czech Republic, Hungary and Slovakia. During the NATO summit in Madrid (July 8-9, 1997), Poland, the Czech Republic and Hungary were officially invited to accession talks. Upon receiving the invitation, the countries were included in NATO’s defense planning process (NDPP). In September of the same year, the three countries officially began accession talks. Slovakia was not a part of this group because it did not meet the requirements due to discrepancies between constitutional law and political practice.

During a ministerial session of the North Atlantic Council on December 16, 1997, NATO foreign ministers signed the Accession Protocols – identical, yet separate documents for Poland, the Czech Republic and Hungary. Consequently, cooperation on the preparation of these three countries for their membership was intensified. Since January 1998, they were able to participate in the proceedings of the allied bodies – without the possibility to vote, but with an opportunity to express their opinions. The ratification process of these documents by the members of the Alliance was finalized at the end of 1998.

On January 29, 1999, the NATO Secretary General sent a formal invitation to Poland, the Czech Republic and Hungary to join the Alliance, and on March 12, 1999, the three countries officially entered the organization and thus completed the first stage of NATO’s enlargement after the Cold War. On the other hand, Slovakia was formally invited to become a member of the Alliance during the NATO summit in Prague in 2002 – the accession took place two years later.

22 years after Poland, Hungary, the Czech Republic and later also Slovakia joined the Alliance, it could be stated that the Visegrád countries used their NATO membership to strengthen their security. The accession was also a symbolic rejection of the Russian influence and a step towards the West. Accordingly, the armed forces were modernized and met the standards of the allies. Entering NATO had also significantly contributed to the cooperation within the V4. As a result of the Kroměříž Declaration of 2004, members of the Visegrád Group determined common objectives to be accomplished within the framework of the Alliance. These included consultations, structural cooperation, strengthening transatlantic solidarity and cooperation on combating terrorism. Additionally, thanks to the membership and cooperation with NATO, relations between the countries of the region and the United States of America have improved. The US has also become the guarantor of security of these nations internationally.

A graduate of Diplomacy and a student of Eastern Studies with a specialization in China and Russia. He gained his professional experience in the NGOs and public sector. His areas of interest include the politics of the Visegrad Group countries, the Three Seas Initiative, geopolitics and foreign languages.