Will the dollar remain an instrument of US international dominance?

The US dollar (USD) – one of the world’s most powerful currencies. Present in international trade even where the United States is not a party, used to settle oil market transactions, a strong foreign policy instrument. The US is aware of this, using the dominant position of its currency to build economic power and to fight in the global game of influence. 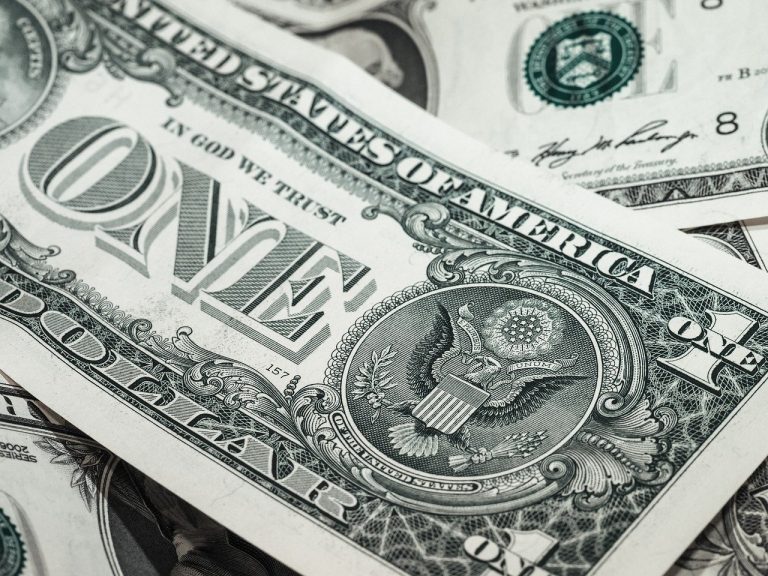 In 1944 in Bretton Woods, USA, delegates of the allied Member States decided to establish an international monetary system based on maintaining fixed exchange rates for US dollar, which in turn was exchangeable for gold on demand. Thanks to these decisions, the global position of the dollar has grown significantly. After Nixon abolished the gold parity in 1971, the dollar became a fiduciary currency – its value was now determined by the central bank basing on the exchange rate.

In order not to forfeit the dominant position of the dollar, the United States decided to conclude an agreement with Saudi Arabia to unify the oil prices. From that moment onwards, all oil sales were to be made in US dollars. This is how the system of petrodollars was born, the one, which generated an artificial demand for the American currency worldwide.

An instrument of power

Consequently, the USD is now the dominant global reserve currency used by numerous foreign governments. The petrodollar system has provided the US with another, not less important advantage – the US has now been able to maintain a steady deficit in its balance of trade, incurring debts with foreign entities. As a result, American economy is one of the largest and fastest growing in the world, while being the most indebted ($23 trillion in 2019). Thanks to the strong and stable dollar, some countries are also willing to choose the USD as their official currency, which is referred to as dollarization.

The dominant position of the dollar is a powerful foreign policy instrument, providing the possibility of enforcing the compliance with economic sanctions against American opponents. Both domestic and foreign entities are reluctant to conduct business with the addressees of sanctions due to the possible penalties. For example, BNP Paribas has been sentenced to a $9 billion fine for violating sanctions against Iran, Cuba and Sudan. Other entities, such as HSBC Holdings Plc, Standard Chartered Plc, Commerzbank AG, United Co. Rusal and Clearstream Banking SA had to pay high fines for similar violations as well. A glaring example was also the dispute with Iran when the US imposed sanctions on the Iranian economy, simultaneously threatening to punish anyone who would continue trading in dollars with this country. This decision had a negative impact on Iran’s trading partners, primarily China, Turkey, South Korea, India and Germany.

The strength of the dollar is guaranteed by the system of petrodollars as well as the common use of this currency for transactions in international trade. A weaker and uncertain economic situation of competitors due to sanctions (e.g. Iran, Russia) results in an outflow of money to the safe American harbor. This is particularly evident in recent times, when the global lockdown and the problems of other economies, additionally compounded by the price war in the fuel market, have pushed investors to embrace the USD, causing its strong growth. The exchange rate of the American currency is also influenced by the popularity of the US President. When POTUS is perceived as a strong executive body, which cannot be denied to Donald Trump, it encourages stockholders to invest in the dollar.

Nevertheless, it is difficult to assess the impact of the trade war between the USA and China. The dollar’s exchange rate in this respect will depend on the global economic performance of the United States (which so far has been robust), the actions of the Federal Reserve and the monetary policies of central banks around the world. What is certain, however, is that the main trading partners of the US – China and Japan – possessing a significant share of US debt, will not allow a sharp devaluation of the dollar which would result in the depreciation of their own reserves.

Should we expect an end of the dollar domination?

Although the developing energy sector is increasingly influential over the GDP growth of the US, America’s wide economic diversity reduces its dependency on this industry. Through diversification, the authorities are trying to protect themselves from the possible effects of losing the dominant dollar position, which seems to be more and more likely. Last year, Saudi Arabia threatened to abandon petrodollars if the US continues its attempts to subjugate OPEC states by pushing through the proposal of the No Oil Producing and Exporting Cartels Act (NOPEC), which would make the actions of cartel member states dependent on US judiciary. In turn, Iran and Venezuela have signed oil contracts in their own currencies instead of dollars. In recent years, China has introduced forward contracts for oil denominated in yuan, while Russia has concluded a number of trade agreements with China and Iran, which completely ignore the US dollar. Europe is also showing efforts for an alternative system of reserve currency, which in the future may result in the substitution of the dollar by the euro – its main competitor. Less consumption of fossil fuels as a consequence of the progressive transition to renewables, especially in Europe, may reduce demand for the dollar, although it is unlikely to cause its significant devaluation until the world finds a proper substitute.

The loss of the dominant position of the dollar would certainly be reflected through a decline in US geopolitical and economic influence. At the same time, it would force the US to reduce its spending and potentially also hit the so far booming American economy. It seems that the Americans have to be prepared for such a scenario in times when the global balance of power is becoming multipolar and the position of the dollar, although strong, is no longer as “inviolable” as it used to be.

Author: Jakub Łyjak – graduated from law at the University of Adam Mickiewicz University in Poznań and economics at the Poznań University of Economics. He also studied Business Administration (Betriebswirtschaftslehre) at the Westfälische Wilhelms-Universität in Münster. He gained professional experience in the field of law and non-governmental organizations, including Polish Entrepreneurship and Leadership Association and Center for American Studies.