Will the Chinese Replace the Americans in Afghanistan?

The impending deadline for the withdrawal of US troops from Afghanistan is not only a sign of an end of an era in US foreign policy, but could also be significant in terms of Chinese involvement in the region. 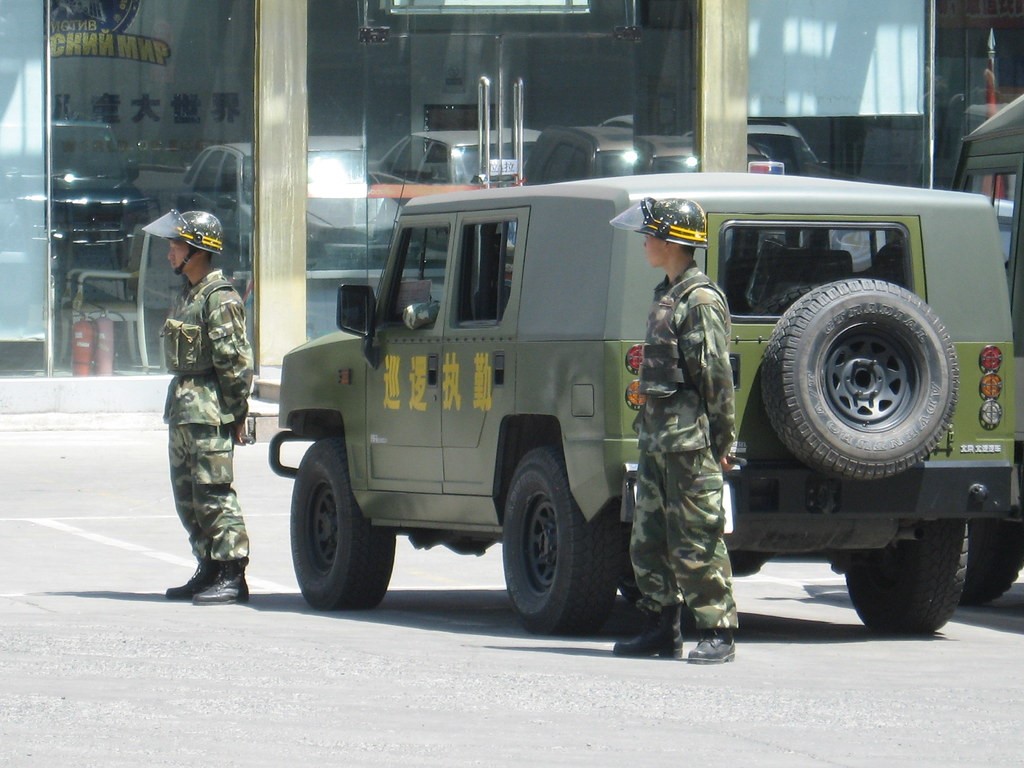 The Taliban is rapidly gaining control over new parts of the country, and, according to a report published in mid-June by the US intelligence community, the Afghan government could fall within six months after the American military withdrawal from the country. According to the saying “nature abhors a vacuum,” the balance of power in the region is being reestablished, while China has several reasons to keep Afghanistan stable and free of radical groups.

The Sino-Afghan border is relatively short and passes through a hardly accessible terrain. Nevertheless, it separates a region that is extremely sensitive for Beijing – the Xinjiang Uyghur Autonomous Region (XUAR) from Afghanistan. In recent years, this sparsely populated area, which accounts for about one-sixth of the total territory of the People’s Republic of China (PRC), has been associated with the matter of the Uyghur people, against whom the government in Beijing has been using practices increasingly referred to as genocide and the destruction of indigenous culture. Since at least the 1990s, the separatist forces in the region have fought against Chinese rule, leading not only to armed clashes but also terrorist acts. Currently, the government in Beijing boasts of stability and peace in the region, but there are good reasons to believe that the Turkistan Islamic Party (TIP), an organization responsible for at least 200 terrorist attacks in Xinjiang, is currently operating in Afghanistan. The United Nations is warning that the group may be transferring its fighters across the Afghanistan-China border into Xinjiang in order to recreate the Islamic State. Such actions are absolutely unacceptable to the PRC and have already been addressed some time ago. In 2018, the Embassy of Afghanistan in Beijing reported that China was helping to establish a mountain brigade within its territory to support counterterrorism operations. For a while, the People’s Armed Police Force has been operating in bases in Tajikistan, just 10 miles from the border with Afghanistan. There have also been reports of Chinese operations in Afghanistan’s Wakhan Corridor, located in Badakhshan Province.
Apart from security issues, a stable Afghanistan is also an opportunity for further development of China’s Belt and Road Initiative (BRI). Yet, it is worth noting that the actions of the PRC to date have not escaped criticism (for instance, the problems associated with the road project linking Kabul and Jalalabad). However, economic cooperation also has some advantages. The pine nut trade is a somewhat niche but excellent example of the interest of China in the region. In November 2019, Chinese companies have signed $2.2 billion worth of contracts for importing Afghan pine nuts over the next five years. In 2018, an air cargo corridor to Shanghai was launched, expecting to raise revenues from this commodity to $1 million. In the summer of 2019, the Hairatan – Mazar-i-Sharif railway was completed and a freight line connecting Uzbekistan and Kazakhstan was inaugurated. Such initiatives can only thrive if internal stability in Afghanistan is maintained. Data of the General Administration of Customs of PRC seem to confirm the potential of these contacts – trade between China and Afghanistan has nearly doubled from $338 million in 2013 to as much as $629 million in 2019.

It is worth noting that, regardless of whether the PRC decides to bet on the current government or the Taliban, the very attempt to fill the void created as a result of the American withdrawal from Afghanistan, contradicts the doctrine of non-involvement in the domestic affairs of other nations. Hence a direct intervention (for example, in an event of an escalation of Uyghur separatist activity in the border areas) is unlikely, though not impossible. Even limited military action, such as within the Wakhan Corridor, runs the risk of increasing engagement and falling into a situation that was problematic for the Soviets and Americans in the past. Nevertheless, Beijing can boast about its actions related to Afghanistan, such as participation in regional talks, cooperation with the United States and Pakistan in terms of negotiations with the Taliban, as well as an unsuccessful pressure on the Shanghai Cooperation Organization to take more active measures on Afghanistan. Additionally, China has provided limited support to Afghan, Tajik, and Pakistani border forces.

A window of opportunity has opened up for the government in Beijing to close the gap left by the Americans and intensify the already undertaken efforts. After statements such as the one by the former Afghan President Hamid Karzai, who openly called the Western intervention “a failure,” Chinese diplomats have yet another argument in hand to highlight the ineptitude of the United States. Whatever path of engagement the government in Beijing chooses, it will certainly have to take into account relations with countries such as Pakistan (China’s traditional ally in the region that supports the Taliban) and Iran. The current Afghan authorities perceive the partnership with the Chinese not only as an opportunity for mutual economic gains, but also to fill the void that was created after the withdrawal of the US forces. However, such support would be tantamount to recognizing the Taliban as adversaries, which is not convenient for Beijing, for instance, due to the relations with Pakistan, as outlined above. In turn, a Taliban victory might lead to the strengthening of terrorist organizations (including Uyghur separatists) that operate in Afghanistan. This could be the case since, despite the Doha agreements, in which the Taliban committed to keep foreign fighters outside the country, the activity of such groups does not seem to be weakening. Declarations that recognize China a “friendly state” may also be of no use. A passive attitude and consent to the continuation of the conflict harms the economic interests of the Chinese in the region. Whatever the decision makers in Beijing conclude, they must be careful not to end up like the two other superpowers that intervened in Afghanistan.