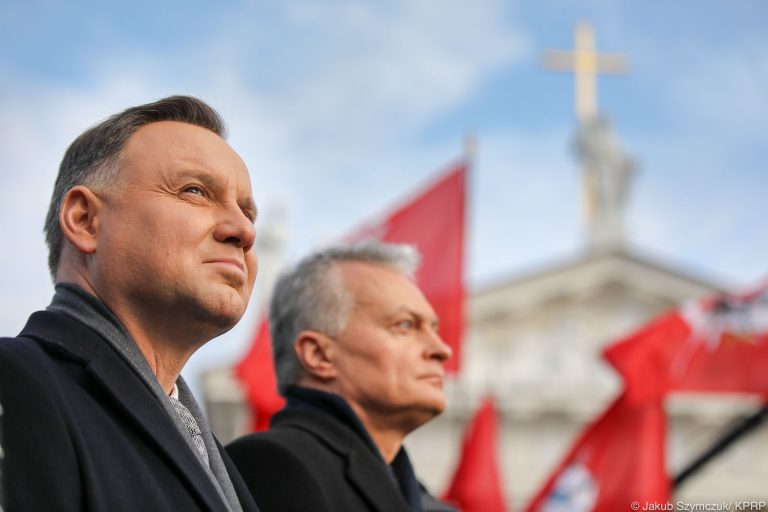 Presidents called on Belarusian authorities to fully recognize and uphold basic democratic standards and urged to refrain from violence and call for respect of fundamental freedoms, human and citizen rights including the rights of national minorities and freedom of speech.

They expressed belief that dialogue is always the best method to advance social development, discuss reforms and policies. Andrzej Duda and Gitanas Nausėda hope for favorable conditions to engage even more in the partnership with the people and the state of Belarus

Heads of state are convinced that closer cooperation with the European Union is in the interest of Belarus and both presidents want the doors for this cooperation to remain open and stand ready to continue to provide further support to Belarus in deepening its relations with the united European family.

Belarusian President Alexander Lukashenko won re-election with 80 percent of the vote at the country’s presidential election, the Central Election Commission said on Monday, citing preliminary results. Sviatlana Tsikhanouskaya, a former English teacher who emerged as Lukashenko’s main rival at the elections on Sunday, won 9.9 percent of the vote.