It is expected that Western restrictions, imposed on Russia by the United States and the European Union after the annexation of Crimea, will become troublesome for the state’s economy only in a few years. The Russians are currently managing all resources they have at their disposals; in addition, they have been also maximally exploiting the existing infrastructure. President Vladimir Putin is aware of any dangers caused due to such long-term cut-off of Russian business from Western technologies. So this issue will certainly constitute one of the main themes of his closer relations with the U.S. President Donald Trump after the Helsinki summit. In this respect, the most urgent problem is the Nord Stream 2 pipeline project. 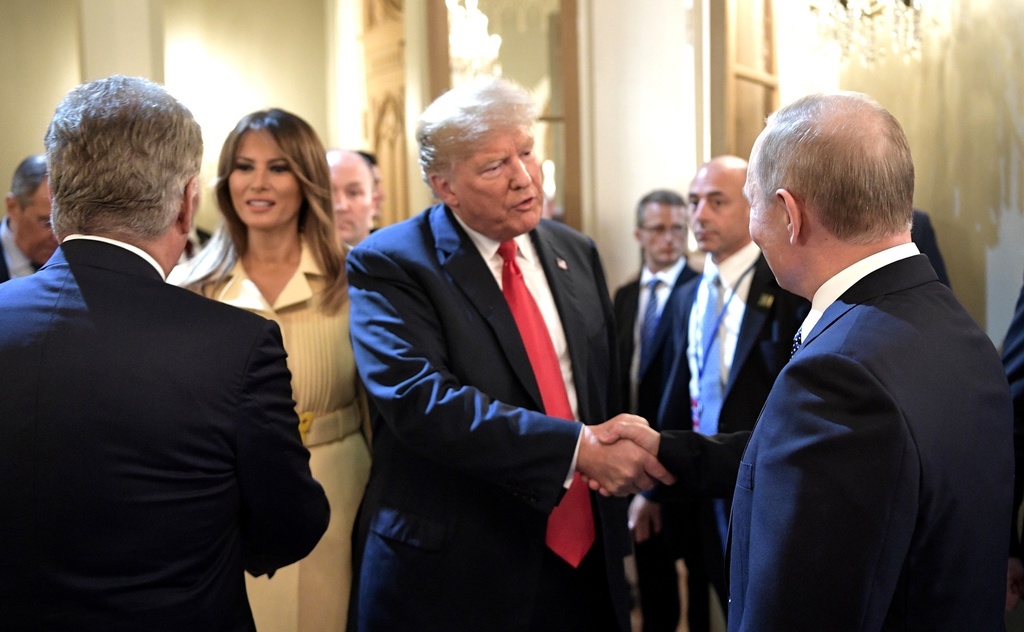 The biggest problems for the Russian gas sector may be caused by the extended application of sanctions against export gas pipelines. The restrictions have been included in Countering America’s Adversaries Through Sanctions Act, signed by Donald Trump in August 2017. Theoretically speaking, such regulation prevents the president from introducing any sanctions that would prohibit operations on equipment supplies and construction services for new pipelines as well as maintaining the existing ones. Such transactions could not be worth more than 5 billion dollars annually. Nonetheless, there are two conditions to be fulfilled. Firstly, restrictions may not threaten any national interests of the United States. Secondly, further sanctions are introduced following prior consultations with European allies. Surprisingly enough, at the Helsinki summit, Donald Trump gave up his extremely negative rhetoric on the Nord Stream 2 project; even though, Moscow cannot feel safe. And Trump has little power to prevent the lower house of the Parliament from adopting the law.

The sanctions imposed on the Russian oil and gas sector are constructed in such a way that their painful effects will be noticed by the country with a certain delay. Blocking technological cooperation will result in long-term problems with maintaining correct extraction level as well as it may prevent Russia from developing its transport infrastructure. As a result, the country may lose its outlets. Nonetheless, the sector is still highly dependent on foreign finance and technology. Sanctions that affect Russia’s energy sector have virtually no impact on the current situation of world markets, do not lead to any short-term destabilization, nor do they cause a sudden price increase. Russia’s oil and gas companies have managed to adapt to the Western sanctions. The hydrocarbons production has recently been growing in Russia. The deposits, which have been prepared for Russia to be exploited, will allow the country to maintain and even increase their extraction by the end of 2020.